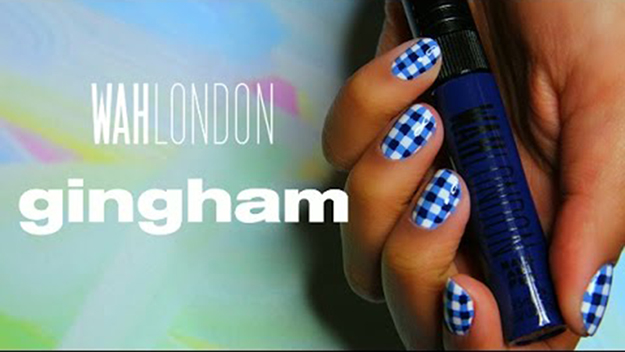 Inside the home of Kelis

| Why paint your nails with a plain colour when you can experiment with nail designs like this gingham print? The perfect nails to match your gingham summer dress!


As you will know all too well by now, gingham is the mega trend that has taken over fashion for multiple seasons now. But it doesn’t stop at clothes; this kitsch check is making its way into the beauty realm too! Here, cult salon WAH London demonstrates a gingham nail art tutorial for you to recreate at home. 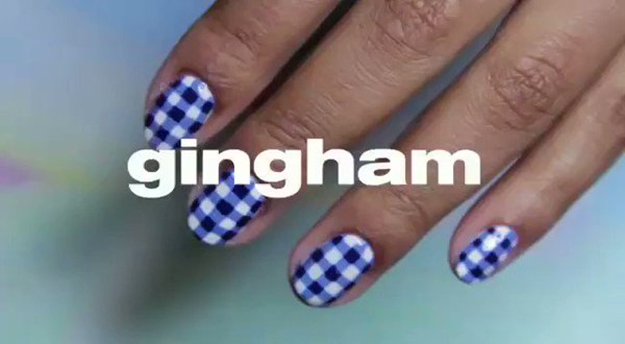 Here’s a little intro to the nail powerhouse that is WAH, so you can see what all the (well-deserved) fuss is about!

‘WAH started life in 2005 as a little London-based fanzine about girls in hip-hop, championing those that were contributing to the music and clothing scene and providing a space for a new wave of street smart feminism. This developed into the WAHappenings blog, events such as the WAH Power Lunch, and an international community of girls who loved their Nike sneakers as much as their Prada wedges.

In 2008, founder Sharmadean Reid had an inkling that the nail art she and her friends had been sporting for years was about to hit the mainstream (and having working as a trend consultant since graduating from Central St Martins, she should know!) After another bad experience at a local nail salon (they refused to do the Dior double french) she decided she was going to open her own salon where you could have “Whatever you wanted on your fingertips” and of course, it would be called WAH Nails.

On August 1st 2009, WAH Nails opened its doors in the East End of London to a raptuous reception from the press. A trickle of nail art fans turned into a flood of customers as we became the go-to salon for fashion forward nails. But the salon wasn’t just for getting your talons painted! There were jumble sales, record launch parties, art shows and film nights, retaining that community spirit that was set with the fanzine and reminding the world that Dalston was the coolest place to be.

The rest of 2009 was a whirlwind of activity, as WAH Nails did shows at London Fashion Week, parties for huge brands such as Nike, Marc Jacobs and Diesel, had a successful week-long pop up salon in Selfridges. Sharmadean was named one of the “15 people who will define the future of arts in Britain” and was featured as part of the “New Generation” in Vogue magazine.

In February 2010, WAH Nails opened for business in Topshop Oxford Circus. In one of the busiest, coolest shopping meccas in the world, a tiny little salon from the grubby part of London made its mark. Even when the imitators kept trying to catch up, WAH Nails kept on innovating and the Topshop branch is now choc-a-bloc with loyal customers who know where the good stuff is at. Other stores were quick to snap them up and they opened in Harvey Nichols in Dublin later on that year as well as giving Japan a taster of handpainted nail art by doing a party at Opening Ceremony Tokyo.

WAH has painted nails in cars, bars, clubs, at the Grand Prix, in an Airstream, in Japan, at festivals, at The Brits, for celebrities, for fashion pack, for kids, for music videos, at work and at home. You name it, they’ve done it. All in the name of happy nails. They’e grown from a staff of 2 to a team of twenty and now they’re look set to grow even bigger as they launch a new range of nail products WAH London.’

Your skincare guide for winter

Read more How to Wear Gingham for SS17

Enjoy the tutorial below, and be sure to keep a steady hand as you indulge the gingham trend in this chic, subtle way!