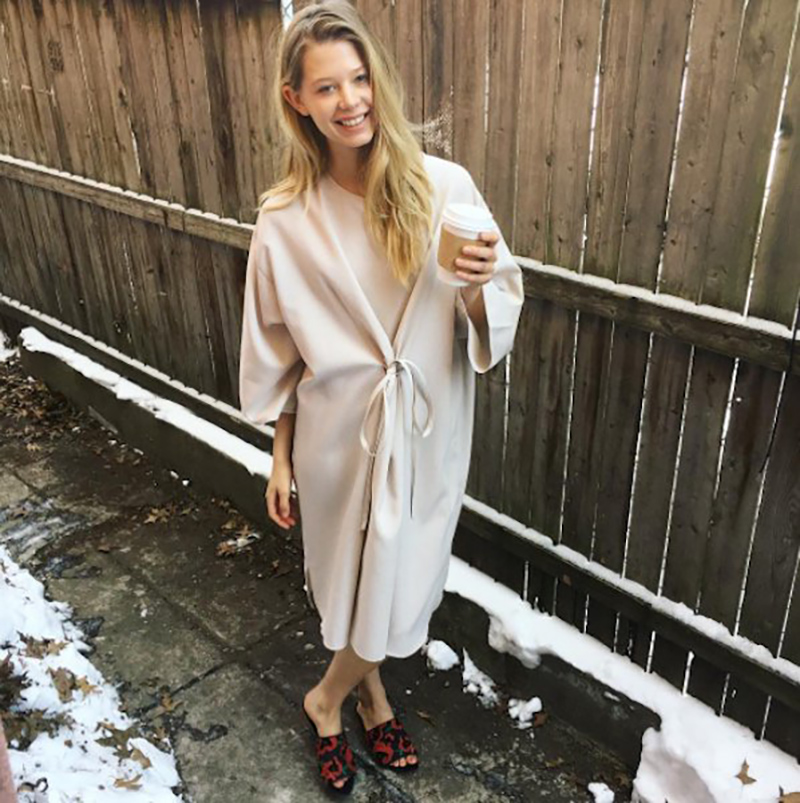 If you want proof that change is afoot in the fashion world, look to London’s Saatchi Gallery, which hosted the capital’s first ever Modest Fashion Week last February. London Modest Fashion Week, or LMFW, came a few days after London Fashion Week itself, and saw the Saatchi playing host to 40 designers and 3000 guests. Fashion blogger Dina Torkia (pictured below) sang LMFW’s praises to the indie publication Blogosphere Magazine: "It’s so exciting [because] I feel like brands are coming on board with diversity now," she said. 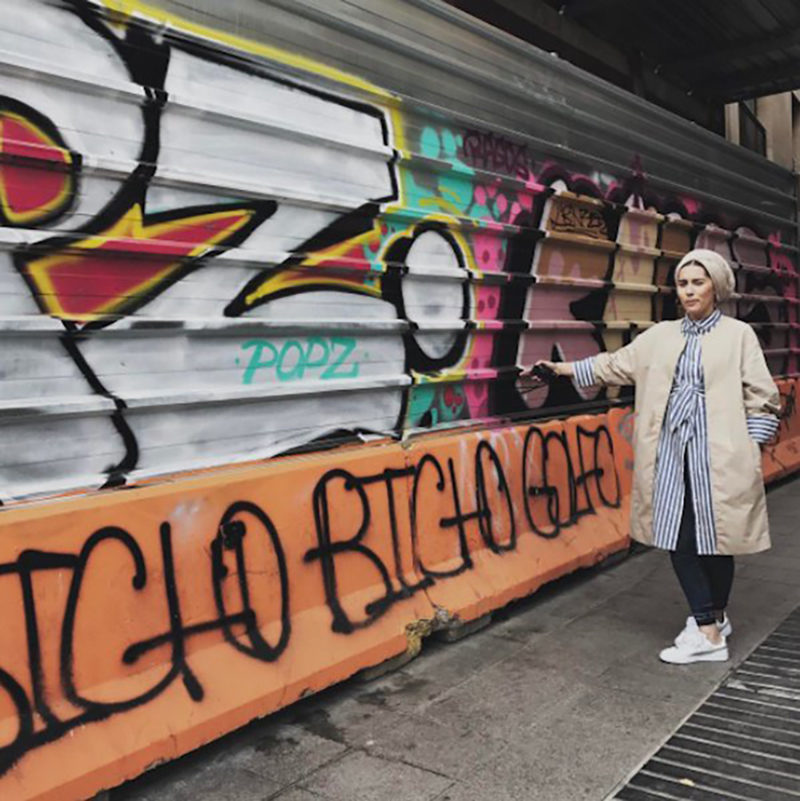 "I want to show that you can coincide faith with fashion and that there are Muslim women who actually represent that," Torkia added. Scrolling down her carefully curated Instagram feed, full of shots of the living her best life, it’s impossible to argue otherwise. Social media is a funny beast; we’re quick to criticise its pitfalls, but more reluctant to think about its benefits. One such plus point is its ability to school both individuals and brands on diversity. There’s a magnitude of diverse creative talent out there, from myriad backgrounds, ethnicities and religions and, finally, our Instagram feeds are opening our eyes to this.

Modest fashion – that is, the wearing of looser, longer and generally more ‘conservative’ clothes – has long been associated with religious dress, and its rise comes partly thanks to a change in attitude towards minority groups. Slowly, new style subcultures are being formed, thanks to the openness of younger generation who’ve grown up online. While the hijab or niqab receive a lot of criticsm, for example, there’s an ever-growing collective of young, cool Muslim women who dub themselves ‘mipsters’ and ‘hijabistas’, who want to demonstrate that dressing for religious observance doesn’t necessitate compromising on style. 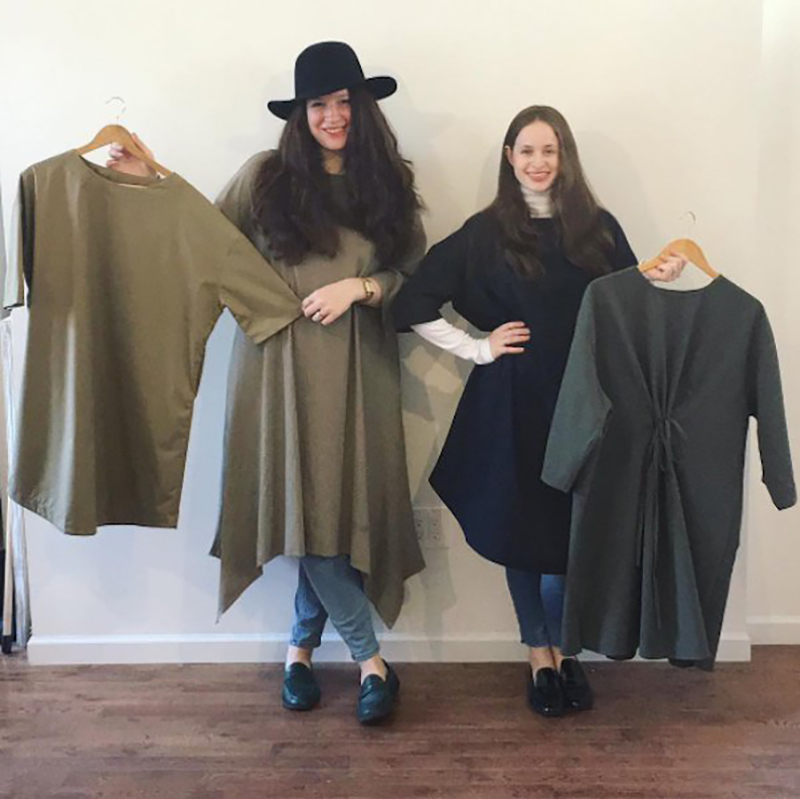 The other reason modest fashion is having a moment is that its oversized, fluid silhouettes are bang on trend. Brands like The Row have really popularised the look, to the point that non-religious fashion fans are buying into the trend for modest wares; you’ve got to admit, the fluid, covered-up aesthetic is a breath of fresh air in today’s oft-over-sexualised society. Interestingly enough, we can also thank – wait for it – The Duchess of Cambridge for her influence on our wardrobes (who would’ve thought!), as her love of long sleeves and sensible hemlines has trickled down to mainstream culture. Debbie Shatzkez, an Orthodox Jewish blogger, told Racked that the Duchess is the "gold standard" of modesty. So, yes, you read that right: K-Middy has, somehow, infiltrated our wardrobes. 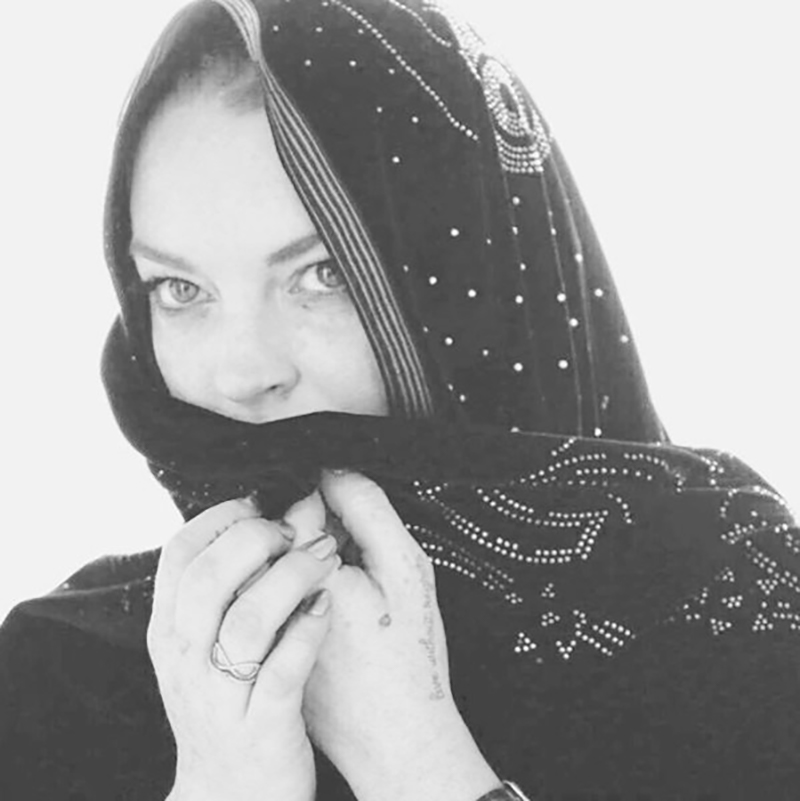 Even Lindsay Lohan seems set to release a modest fashion range of her own. The actor – who was falsely reported to have converted to Islam earlier this year, but apparently retains interest in, and has respect for, the religion and its practices – hinted at the line in a recent Instagram post, in which she teases an upcoming fashion project while wearing a headscarf. Taking into account her previous design work for brands like Ungaro, Lohan’s move into modest-wear is quite jarring – and also a sign of how the tides have changed.

So, where should we expect modest fashion to go next? Everywhere, really, because it’s about to get a whole lot bigger. Brands like Dolce & Gabbana and Donna Karan have already tapped into the movement, with the former releasing a line of hijabs and abayas for last year, and the latter producing a Ramadan-themed capsule collection geared towards clients in the Middle East. At the (slightly) lower end of the market, brands like Mimu Maxi, founded by two Orthodox Jewish women, are enjoying a roaring trade. The first Mimu Maxi creation, the ‘skirt legging’ is an ankle length, spandex-blend skirt, which the brand says is, "the perfect antidote to the frumpy and unflattering skirt of yesteryear. Skirt Leggings are entirely a skirt, but have the "feel" and versatility of a good pair of leggings." Skirt leggings are Mimu Maxi’s bestseller from both its religious and its growing number of non-religious customers. 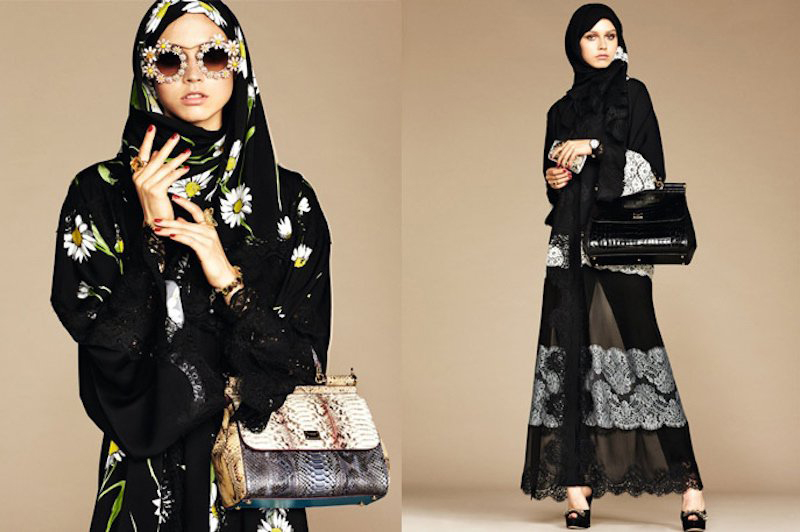 Recently, a worthy rival to Net-a-Porter, The Modist, launched on International Women’s Day. The difference between The Modist and Net-a-Porter is that – though you won’t initially realise when browsing the site for the first time – The Modist is designed for women who want, or need, to dress modestly. Its founder, Dubai-based Ghizlan Guenez bringing over 75 brands on board to offer a "DNA and aesthetic in line with the modest dresser." Having brands like Marni and Christopher Kane on its roster, offering some of the most exquisite high-necked and long-sleeved tops, and long skirts, trousers and dresses, serves testament to the fact that modest fashion is here to stay.