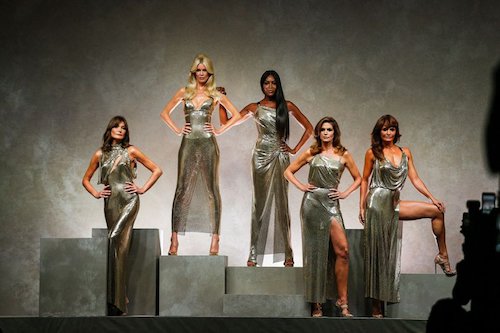 We’ve seen London hone in on new talent and New York blend creativity with commercial appeal; next up on the Fashion Month schedule was Milan, which treated our senses to flamboyant prints, eccentric silhouettes and, of course, lots of characteristic Italian sass. Here’s our pick of Milan’s bellissima shows. 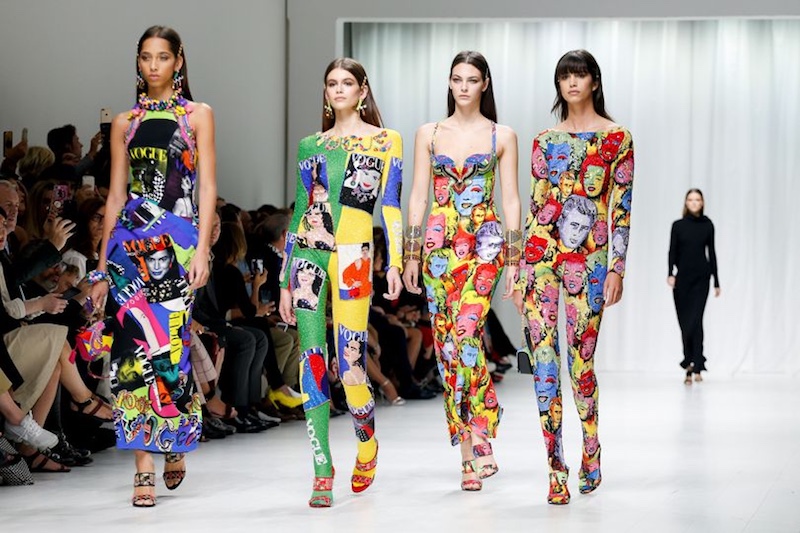 It’s imperative that we open this piece by talking about Versace. This season, Donatella Versace brought out the big guns to pay tribute to her brother Gianni, 20 years after his death. This resulted in old-guard ‘supers’ – Naomi Campbell, Claudia Schiffer, Cindy Crawford, Carla Bruni and Helena Christensen – taking to the runway, draped in contemporary iterations of Gianni’s famed larger-than-life prints, cast across the brand’s hallmark precise, powerful silhouettes.

The addition of the supermodels of today, like the Hadids and the megababing Kaia Gerber, felt fitting, given Gen Z’s obsession with sartorial nostalgia. Overall, it was a spectacular homage to Gianni Versace that provided further proof of his impact on the flamboyant Milanese fashion scene. If you came to MFW looking for quintessentially Italian style, this show ticked all the boxes – and then some. 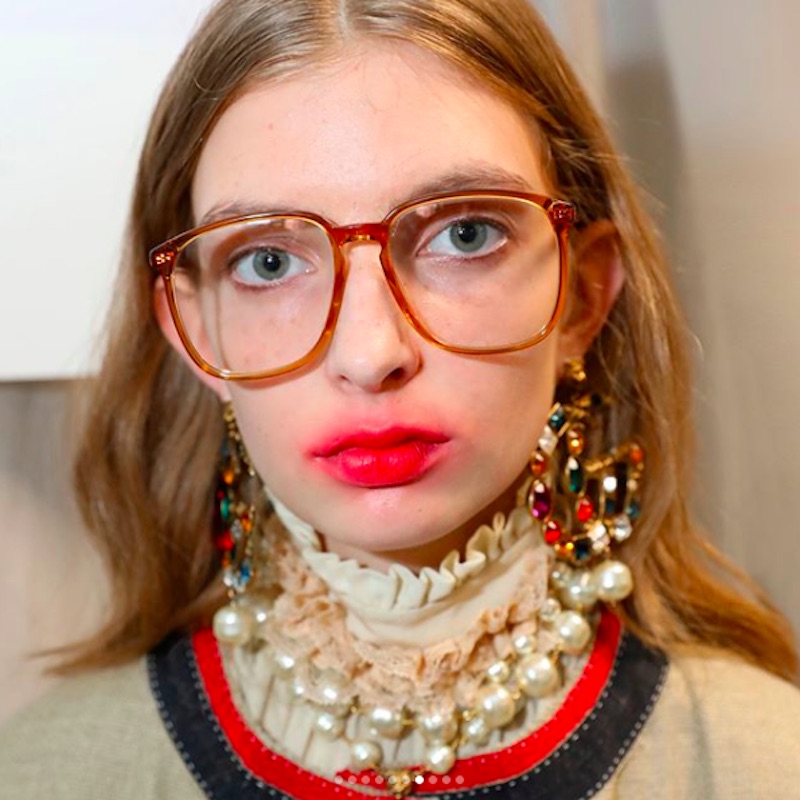 By now, we’re pretty familiar with Alessandro Michele’s distinct brand of nerdy cool, which stuck around for another season (and long may it last!) but was interspersed with a 70s glam rock mood, coupled with some stern 80s-style power suiting references for a fresh feel. Well, it is a Gucci show, after all – how can you expect it to not take notes from multiple decades?

Despite the seemingly scatterbrained approach to sourcing inspiration for his SS18, Michele managed to create a completely cohesive collection, with standout pieces – geek-chic accessories and outsized granny pearls aside – including sequinned and leather suits appliquéd with musical note-shaped accents (Elton John vibes, surely?), and plenty of power-shouldered jackets that were balanced out with heritage finishes like tweed. Are you ready for the 80s revival? You’d better be, because it’s definitely coming. Cya, 90s! 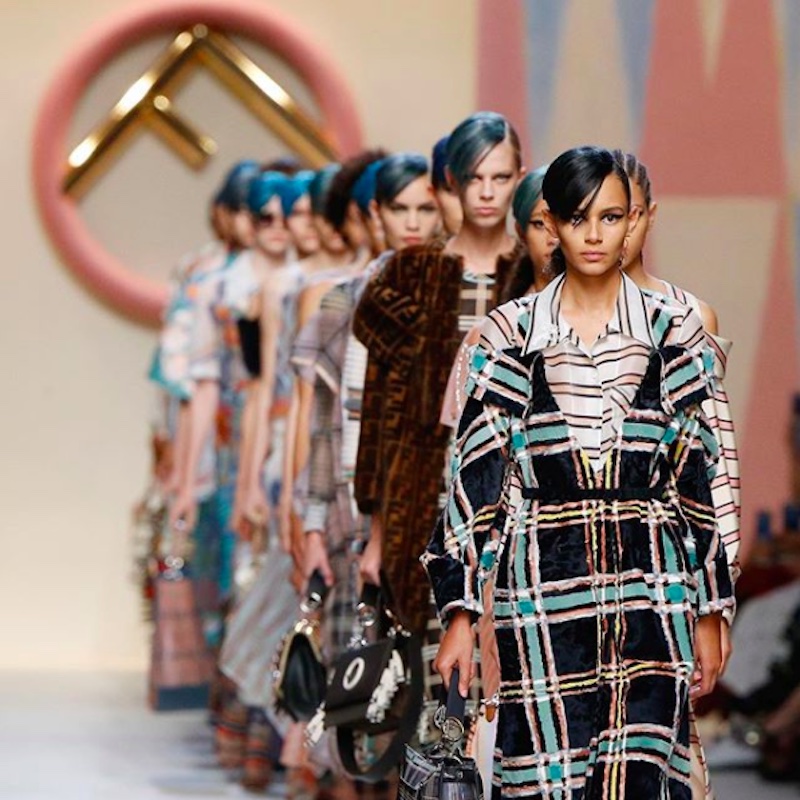 Shape is key in Italian fashion. Fendi’s SS18 offering reflected this through fluid, feminine shapes. The collection’s sultry undertones were conveyed via sheer layers of fabric, draped neatly over the form for a breezy feel – or "nothingness", as co-designers Karl Lagerfeld and Silvia Venturini said that they wanted to convey.

It was all of the linear print work, though, that really stood out, and added some structure to the fluid lines that dominated the collection. Grid prints in pastel hues gave the edit a touch of the modish, slightly futuristic mood that Fendi has been pushing in recent seasons. 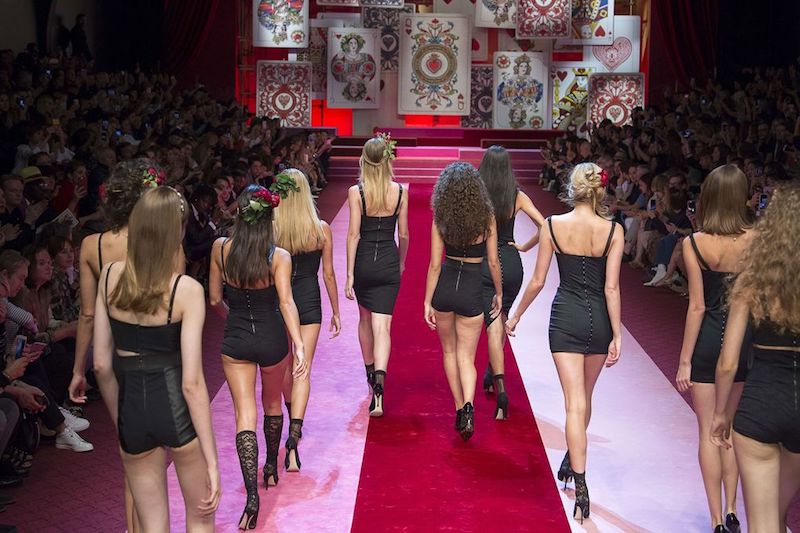 Dolce & Gabbana’s ‘model armies’ have become as synonymous with Milanese style as floaty white dresses, bodycon fits and blingy bags; they’re so commonplace now, in fact, that you can’t help but rack your brains trying to remember what Dolce & Gabbana shows were actually like before they started closing their shows with an excessive finale. Like, did that ever happen? I can’t remember.

Anyway, another glam gaggle of girls went down the D&G runway for SS18, dressed in slinky black getups that nodded to the brand’s lingerie-like getups that helped to define its aesthetic in the 90s. In between the black corsets, semi-sheer slip dresses and high-waisted knickers, Italian maximalism prevailed in the form of bejewelled gowns seemingly inspired by decks of cards and the designers’ favourite grocery store buys. The accessories looked equally delectable…