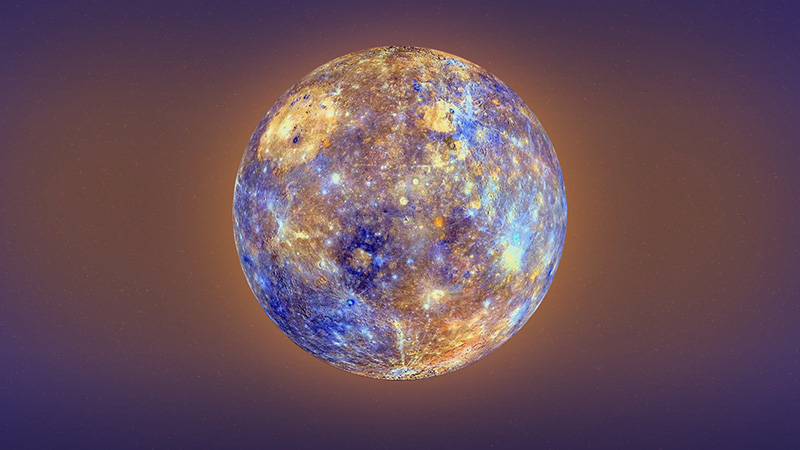 Mercury being in Retrograde is a term we hear quite a lot nowadays and to be honest it tends to be in the form of either an excuse, or a fearful warning. While the astrologically informed may be pretty familiar with Mercury Retrograde, most of us are pretty clueless. So what is Mercury Retrograde? Why does it matter? How can we protect ourselves?

First off, it turns out, embarrassingly, people having been saying it all wrong: Mercury is not ‘in Retrograde’ but rather it’s simply ‘Mercury Retrograde’. Secondly Mercury Retrograde is actually an optical illusion. The planet Mercury is situated closest to the sun, and because of its proximity, its orbit around the sun is therefore much shorter. This means that three, occasionally four times a year, Mercury – due to its position in relation to Earth’s axis – appears to move from forward to backwards. This was a pretty big deal to our ancient astrologers, but now we understand the planet does not actually change direction, but in terms of astrology it’s still a really significant event – just like the phases of the moon, the alignment of the planets will have an impact on each of us.

A post shared by NxtLvlDreamcatchers (@nxtlvldreamcatchers) on Mar 18, 2018 at 12:26pm PDT

Like I said Mercury Retrograde can happen three to four times a year. Luckily for us, it will only happen three times this year but unluckily its most recent retrograde is beginning soon, on the 22nd of March and ending April 15th.

Why does it matter

Well it matters because Mercury is just so god damn important in terms of all communication. When it comes to communication Mercury is king, but it also rules expression and mental function. Mercury impacts your thought processes, can influence coordination or lack thereof, sensory information and even can effect technology and electronics.
During the Mercury retrograde phase we can all be slammed into a world of misunderstandings and miscommunications, fogginess and confusion. Travel is also a major issue during this time so you are advised not to plan big trips as it probably wont go well.

How to survive it?

First of all, although Mercury Retrograde can seem like a horrific time of confusing arguments and disruptions to you your life. It can, as some astrologers claim, be a positive time. It’s a time to slow-down, to reflect and re-prioritise. Mercury will be connected to a particular element during these phases, which in this case, is the element of fire. This tells us while in this time of flux we need to innovative and be ground-breaking when it comes to solutions to our problems, as fire represents visionary action. So think out of the box when attempting to re-align your life. Also keep in mind that Mercury Retrogrades in a particular zodiac sign, which this time is Aries, so everyone born under Aries must be extra vigilant as all of the effects will be far more pronounced for you. So while you re-align yourself here are some tips to avoid any major catastrophes during this special time.