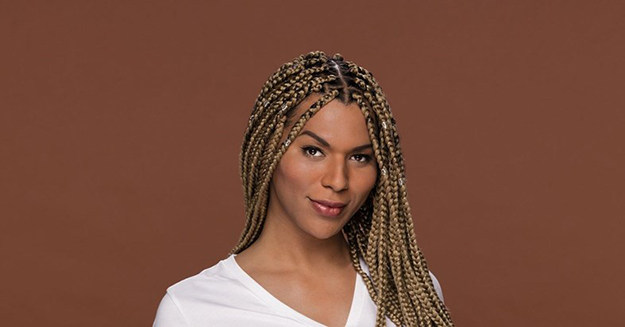 Update: Munroe Bergdorf has now been hired by Illamasqua to front their new campaign celebrating gender fluidity, hoorah! In a statement Illamasqua said: “Munroe embodies diversity and individuality; she is not scared to be truly herself. But Munroe doesn’t just stop there. She speaks out about the issues that affect not just her but the rest of our generation, seeking to improve the society we live in.”

In one of the most idotic moves of diversity, Beauty giant L’Oréal fires spokeswoman & trans model Munroe Bergdorf, for speaking out on systemic racism.

The brand are quoted saying “L’Oréal champions diversity. Comments by Munroe Bergdorf are at odds with our values and so we have decided to end our partnership with her.”

Munroe explains her statment in this video for channel 4 news.

“Racism is being aware … and not doing anything about it.”

"It’s certainly in L’Oréal’s economic interest to provide makeup that works for a range of skin tones “” according to a Nielsen study, quoted in Refinery 29, black women in the U.S. spend 80% more on cosmetics than their non-black counterparts. Bergdorf’s inclusion in the True Match campaign also looked to be a step in the right direction for beauty brands, in the wake of model Andreja PejiÄ‡ making history in 2015 as the first trans woman to front a major cosmetics campaign. But L’Oréal’s knee-jerk dismissal of Bergdorf reveals a darker truth about the company’s attitude: that they prefer their spokesmodels to sit still and look pretty, and they have little interest in engaging with the complexity of how trans POC lives are lived. L’Oréal’s spineless actions and clear pandering to Britain’s right-wing media is an especially grave issue when you consider the violence that persists against of trans women of color, and the overall lack of media representation for this community." – The Fader

Fans of L’Oréal kicked off on social media about the descision, which was a reaction to a slanderous Daily Mail article.

We now wonder, what response, if any, can we expect from L’Oréal? And will bloggers and celebrities continue to work with them even though they have shown themselves to be against diversity when it doesn’t fit in with their white washed view of the world?

This is wrong @LOrealParisUK you had an opportunity to stand as a brand that championed diversity. This is not right #IStandWithMunroe https://t.co/vI6wrQ53Rs

I notice that Cheryl Cole, convicted of punching a black toilet attendant in 2003, is also part of this campaign. Why not drop her too? https://t.co/NmLQCZcsIu

This is a cowardly concession to racism that is the very opposite of diversity https://t.co/ufhR6WY1ES