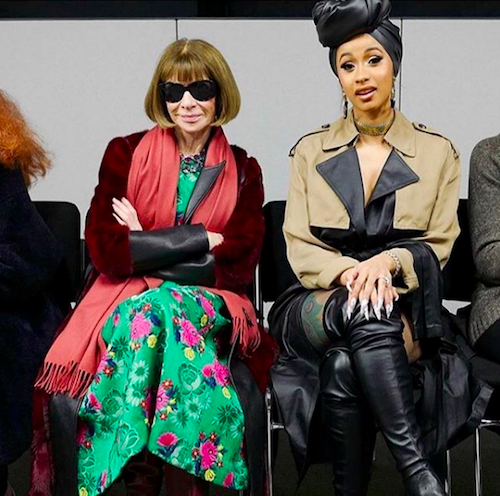 | Feast your eyes on the up and coming Autumn-Winter trends for 2018. Relish in the highlights from the NYFW shows.

It’s pretty much a given that, at every fashion week, there’s a celebrity moment that makes more headlines than the main event itself. In New York this season, it was all about Cardi B, who received much internet loving after we learnt she was placed next to Anna Wintour on the front row at Alexander Wang. Which was all very exciting, but what about the actual clothes?

Here are a handful of highlights from NYFW. 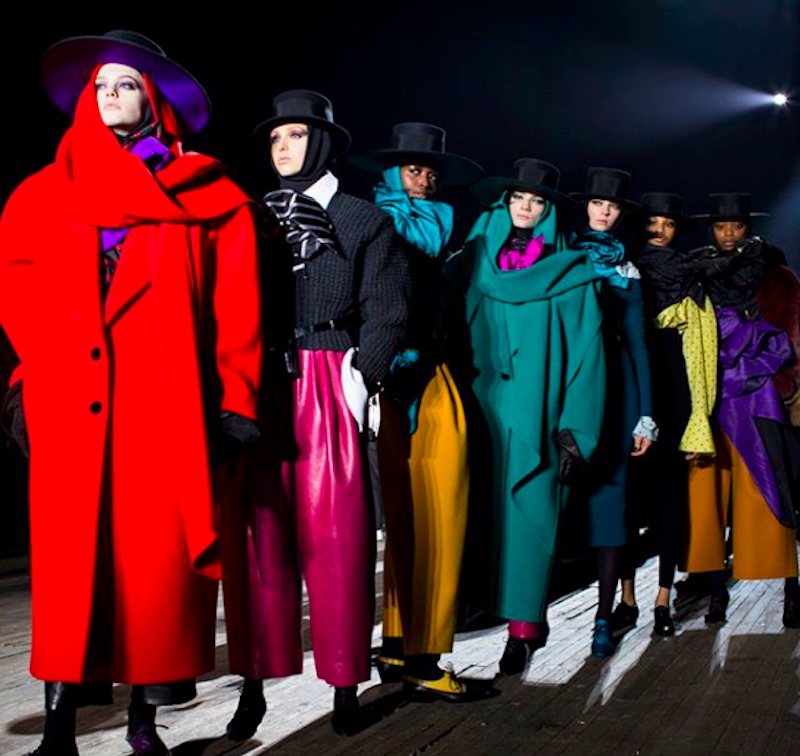 New York is often seen as hosting the most commercial of fashion weeks; with designers like Michael Kors and Ralph Lauren on the line-up, it’s inevitable that NYFW shows are often associated with wearability rather than megawatt creativity. There’s nothing wrong with that, of course – even fashion designers have got to make money – but, every now and then, it’s nice to see someone push the boundaries.

This season, the crown for doing just that has got to go to Marc Jacobs. He’s courted controversy over the last few months, faced with accusations of racism, cultural appropriation and animal cruelty, so reactions to his AW18 show were undoubtedly swayed by this. Focus on the clothes rather than the man behind them, though, and the collection was a delight. It was a love letter to the 80s, full of power shoulders (and power neck ruffles), long, boxy coats and zesty colours. In a world where modern mainstream fashion’s dominated by minimalism and sensibility, this was a glorious romp into old-school decadence.

An American love-in at Calvin Klein 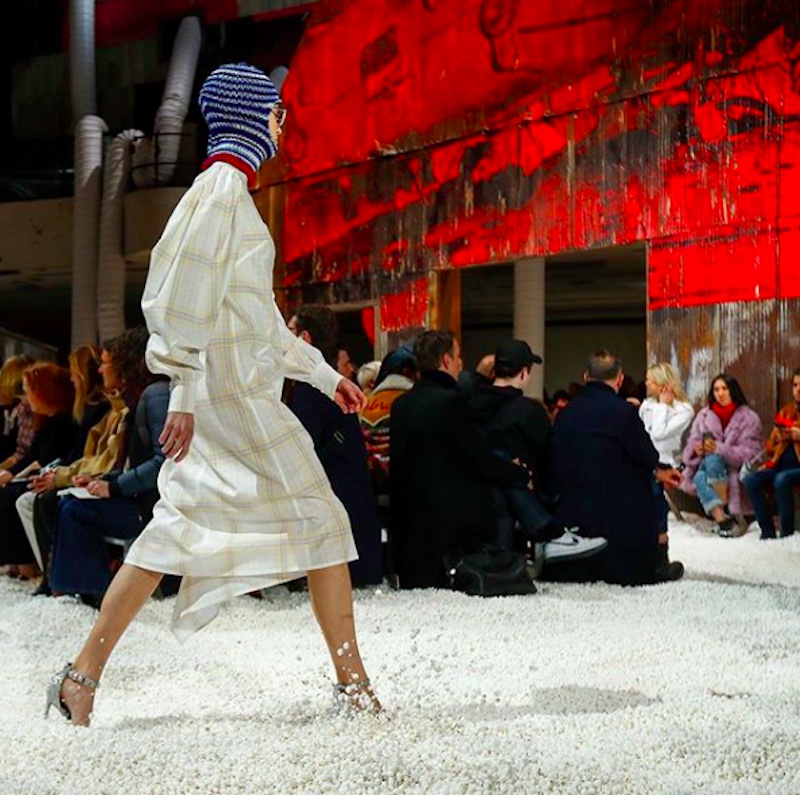 Maybe it was a tribute to Andy Warhol’s Popcorn, or maybe Raf Simons was just feeling a little hungry (probably the former, to be honest, as Warhol ended up inspiring much of Simons’ work this week), but the Calvin Klein AW18 show saw the American Stock Exchange building filled with popcorn, which crunched away as the models walked.

Dramatic setting aside, Simons chose to pay tribute to America, nodding to some of the better things to come out of the nation than Donald Trump. The designer cited Warhol’s "[capturing] of all sides of the American experience, including sometimes its darker sides,” as inspiration, which manifested in prairie girl dresses, Looney Tunes knits, roomy workwear jackets, vinyl stripper boots. As a throwback to Space Race, knitted balaclava-style headgear also dominated the catwalk, toeing the line between creepy and covetable.

A farewell from Carolina Herrera 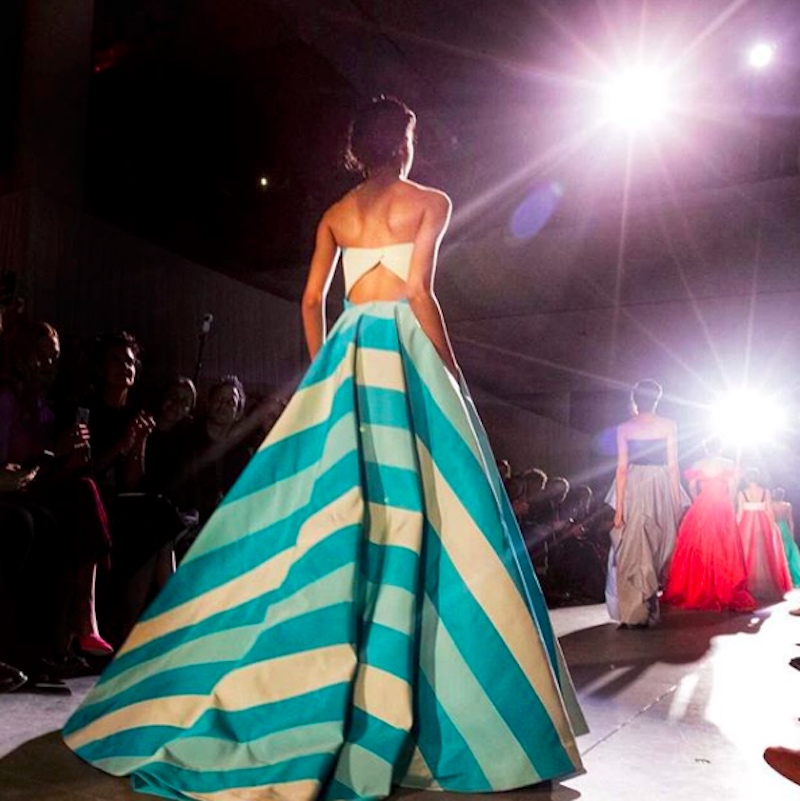 Present fashion people with one of those word association games – you say New York Fashion Week, and they’ll probably say Carolina Herrera. Herrera has been on the American fashion scene since 1980, and has gone on to dress some of the world’s most famous women, but she’s 79 now, so her AW18 collection was her last.

How To Wear Metallics This Festive Season

It was an inevitable dramatic, romantic affair, full of red carpet-ready showstoppers, but the final gown to hit the catwalk was the highlight. The cabana-striped number was created with 64 silk bands, all painstakingly stitched together. Magical! 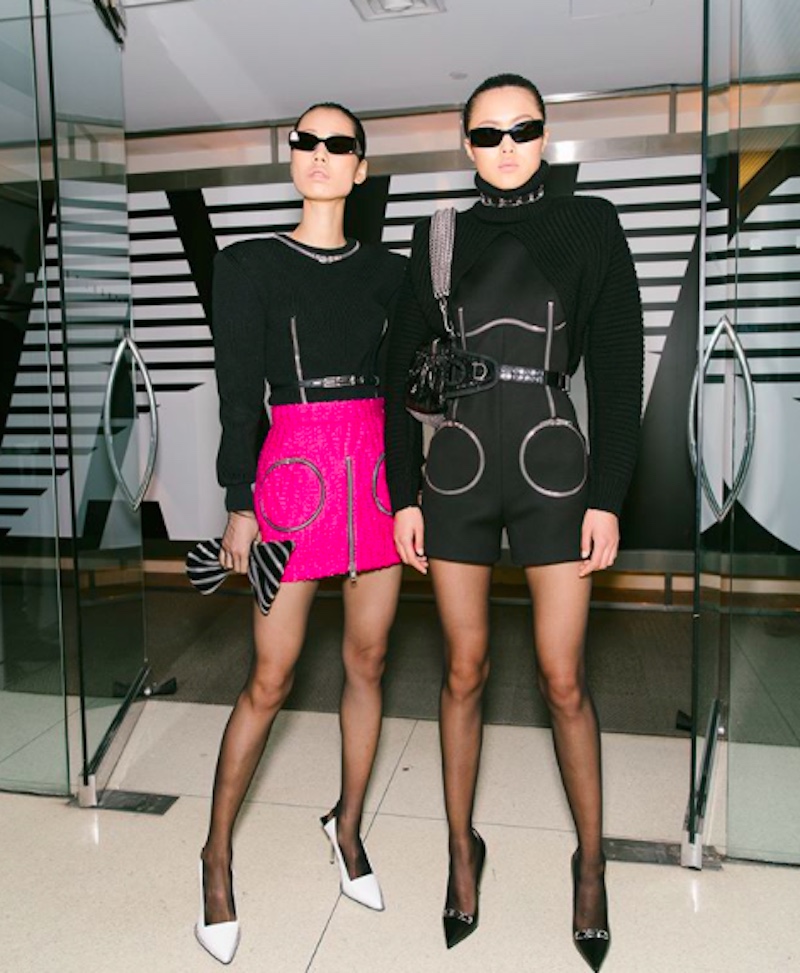 As we mentioned before, Cardi B stole the headlines at the Alexander Wang show, which was a bit of a shame because the clothes could have done with a little more media lovin’. If you’re not a fan of the cycling shorts and tiny sunglasses look commonly touted by the Kardashians, you probably won’t be interested in this collection, as it undoubtedly comprised what the entire Kardashian-Jenner clan will be donning next.

It was all business as usual, with Wang’s futurisitic-meets-utilitarian aesthetic (and tiny sunglasses) still going strong. When Wang burst onto the New York fashion circuit, he quickly developed a rep for being the States’ go-to high-fashion streetwear guy, which involved a lot of sporty shoes and slouchy sweatshirts. For AW18, these sensibilities evaporated slightly, making room for a more polished Wang woman, dressed up in pointy stilettos and tiny tailored mini skirts. Perhaps as the designer grows up, his muse is doing so too?