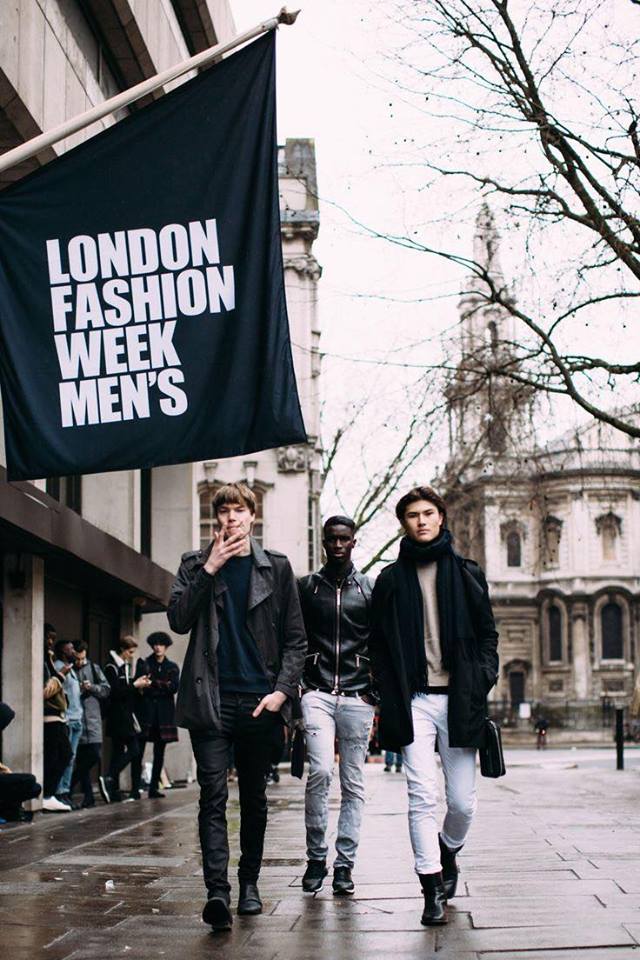 7 things to get you through Blue Monday

On Monday the 5th of January, Global press, media, and influencers headed to the capital in force to see some of the greatest and latest offerings that the fashion world had to offer. Yes, it was that time of year again. LONDON FASHION WEEK MENS. 4 days of catwalk shows, presentations, press dinners and after party’s.

The pressure was on this year, and not just for the designers. In recent seasons, Fashion week Mens has faced growing criticism. Accused of being the less exciting little brother of the main event which takes place later in the year. As more and more brands have started to integrate their men’s and women’s shows, people are starting to wonder ‘what’s the point?’ And not mention the lack of real celebrity influencers in attendance. LFW Mens just doesn’t have the same pull, hence the Z list Front row at most shows.

For the last 2 years the fashion industry has been a buzz with ‘gender bending’. Unisex collections, pushing the boundaries of gender fluidity. But if last weeks shows were anything to go by… 2018 is the year of the MAN. Masculinity was the theme, and almost everyone took it and ran with it (some more successfully than others). 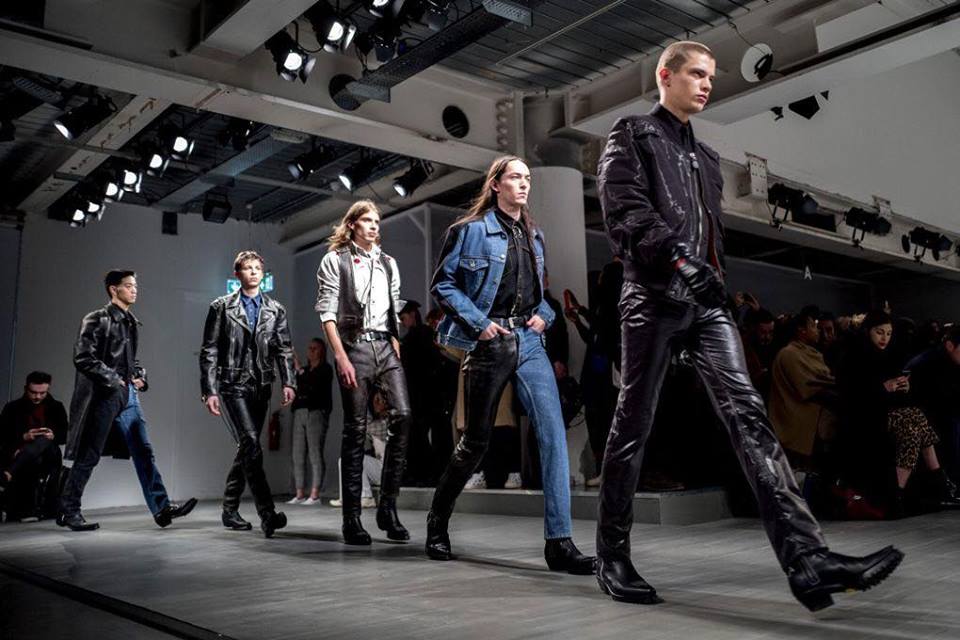 Craig Green. (Arguably one of the best British rising stars in the industry) gave an interesting, and exciting show. The entire collection was muted greys, dark charcoal, black and khaki. Long structured coats, wide trousers, boxy jackets, all laden with pockets. Some hung on the body effortlessly cool, others tied at the waist. Models stormed down the runway looking like space age soldiers on a mission to Mars. 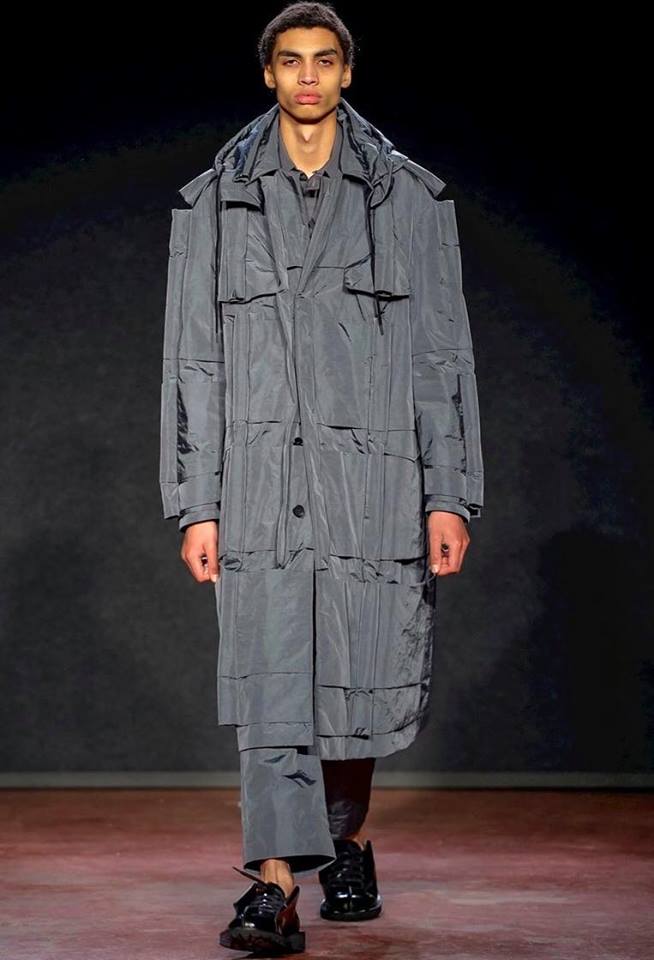 Lou Dalton is one of my favourite designers, and she did not disappoint. Her collection was ‘boy next door ‘ (in a good way). More commercial, than aspirational but done with such taste it’s hard to fault. Made up of Velvet Blazers. Cord trousers, striped knitwear and soft touch pea coats it was a modern take on an English gentleman and a nod to her own heritage. Beanie hats and Plaid scarves gave it a fresh preppy look. 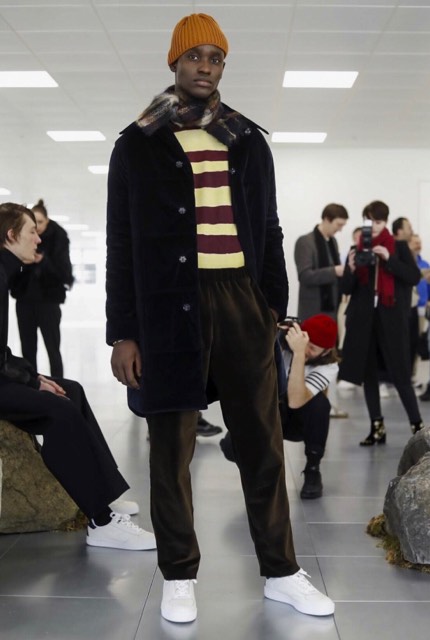 Christopher Raeburn. The show was punchy and youthful. longline puffas worn with Backpacks and hiking boots. Waterproof kagoules and chunky trainers. Some conversational knitwear, and fluorescent details were the perfect Finishing touch. The whole collection was an eclectic mix of urban street and out door action gear. Ready to brave the Arctic…. or the basket ball court. 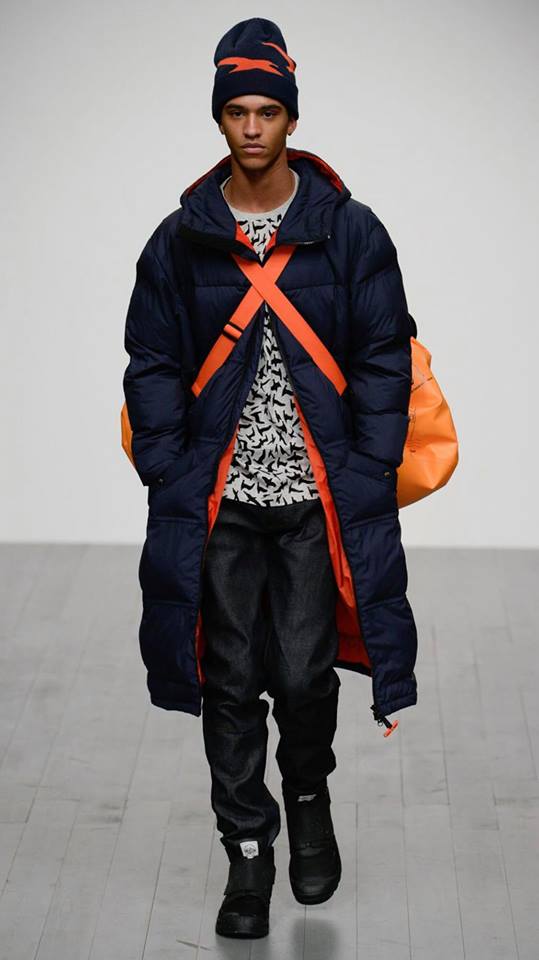 But not everyone pulled off the ‘masculine’ comeback with such grace. Gold speedos, western hats and cowboy boots…. (Yes, I said Cowboy boots) were featured in a number of shows. Most notably Moschino, Who took the cowboy theme to an almost comical extreme. Even Jhona Burjack (The hottest male model in the game right now) looked silly. In a black track suit, with flames up the sleeves and legs, tucked into some glossy riding boots and topped off with a wide brim hat. But hey, it wouldn’t be fashion week, if there wasn’t some ridiculous outfits. It’s all part of the fun. 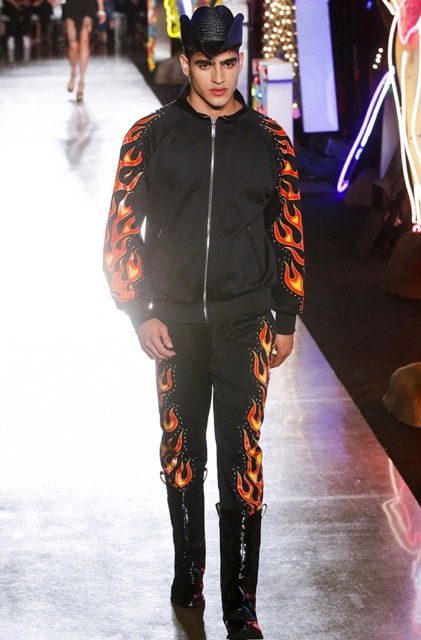 As trivial and fickle as it sounds, fashion week Mens will dictate what hits the shops this year. The menswear must have items have already been agreed (and it’s not even summer yet!). So heres my top picks for Winter 2018

1: Cord and velvet are going to be the fabric of choice. Be bold and go for a jewel tone.

3: Puffas. The bigger the better. Long length or cropped, whatever’s your preference.

And if your feeling the cowboy boot trend, then I take my hat off to you. (There’s a snake in my boots!)