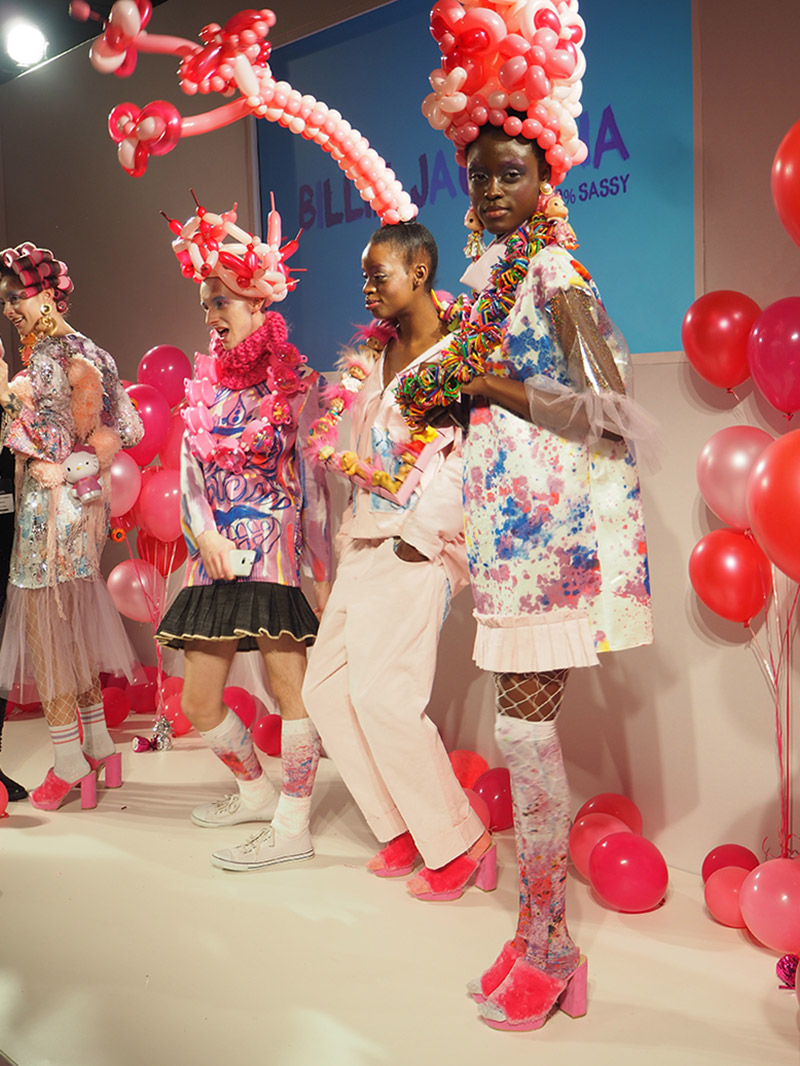 The Brits – A Throwback

It’s Fashion Month. Another week; another bunch of clothes to look at. You know the drill. Over the last few days, it has been our turn to pick up the sartorial baton and fly the flag for British fashion.

So, who were LFW’s Best in Show? Here are just a few shows that stood out. 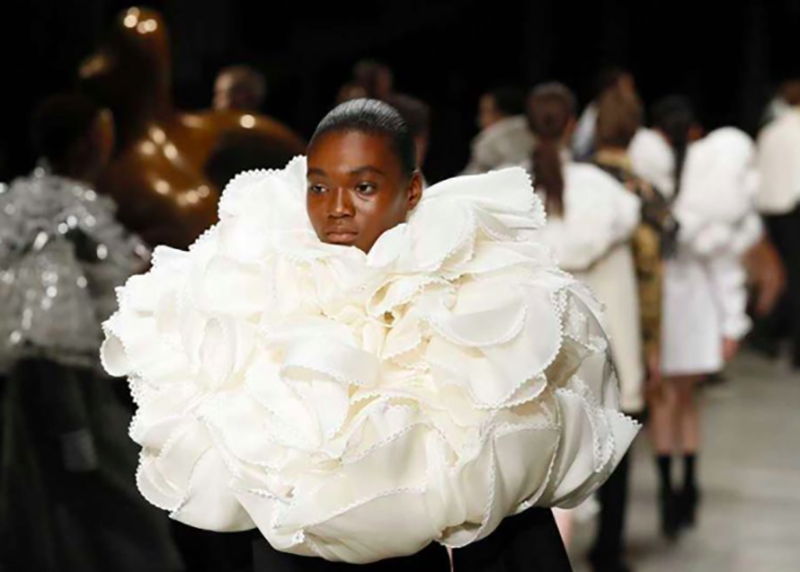 Having never been a huge fan of Christopher Bailey’s vision for the brand, besides its tech and social media aspects, I’m still surprised to admit that Burberry’s was my second-favourite LFW show this February (Christopher Kane comes first, always, in my eyes). Maybe it was something to do with the fact that it didn’t really look like a Burberry show – more like a mash-up of McQueen, Carven, Jacquemus and Stella McCartney – but it was a triumph regardless, with its highlights including heavy wool capes, wispy broderie anglaise dresses and dramatic feather detailing. The curvy silhouettes that Bailey chose to dominate the collection with were inspired by the works of sculptor – and fellow Yorkshireman – Henry Moore. As a Yorkshire-born gal myself, I can only approve. 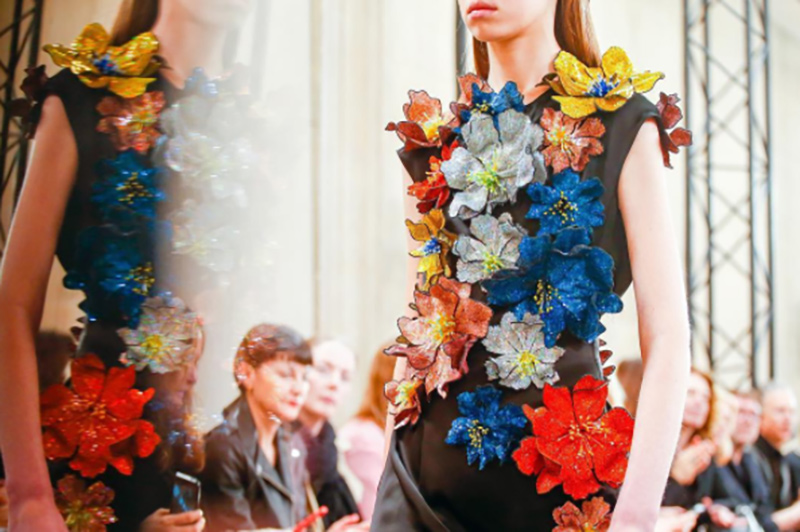 Tammy and Christopher Kane stated that, for once, they didn’t have a particular ‘girl’ in mind when designing their AW17 wares, but it was clear from the get-go that their chosen themes were the industrial and the futuristic. Amidst the more subtle takes on these concepts – including velcro-fastened coats and 3D sequinned flowers – were some more literal references, like American artist Ionel Talpazan’s UFO prints. Kane’s made a name for himself harking back to his working-class Glaswegian roots – manifesting in a fascination with the ‘underdog’ and an appreciation for outsider art – but his adoption of Talpazan’s artwork seemed to be one of the few threads in the collection that aligned with his usual values.

Another Kane trademark retained for AW17 were shoes that are equal parts ugly and compelling. Thought SS17’s gemstone-encrusted crocs were too much? Try AW17’s fur-trimmed ones for size. Feel like your kitchen sponges aren’t fulfilling their true potential? Kane suggests you stick them under the straps of your heels. 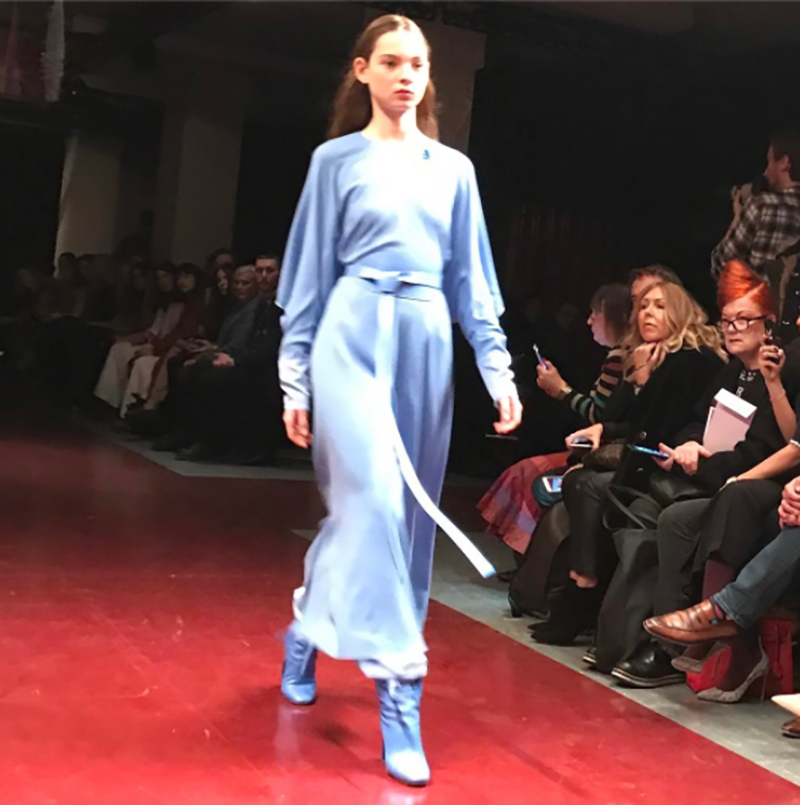 The great sadness that spread across the British fashion set following the loss of Richard Nicoll late last year was palpable. Along with designers like Chris Kane, Jonathan Saunders and Mary Katrantzou, Nicoll played a part in London Fashion Week’s revitalisation over the last eight years or so. It was wonderful, then, to see Roksanda Ilincic open her show this week with a model dress head-to-toe in the cloudy blue shade that Nicoll made his trademark; this shade of ‘Nicoll blue’ is now an official Pantone hue. But, this aside, the rest of Roksanda’s show was dominated by richer, arguably more autumn/winter-appropriate colourways. Typically of the brand, the clothes seemed to be made with rich, tall women in mind – you know, the kind of women who can pull off 70s-inspired styling and long, lean silhouettes with aplomb. For this reason, I won’t be investing in any of Ilincic’s garms any time soon (I say this as if I can actually afford her clothes!), but it’s not difficult to admire her thoughtful approach to design, and her business savvy to stick to what she knows – and sells – well. 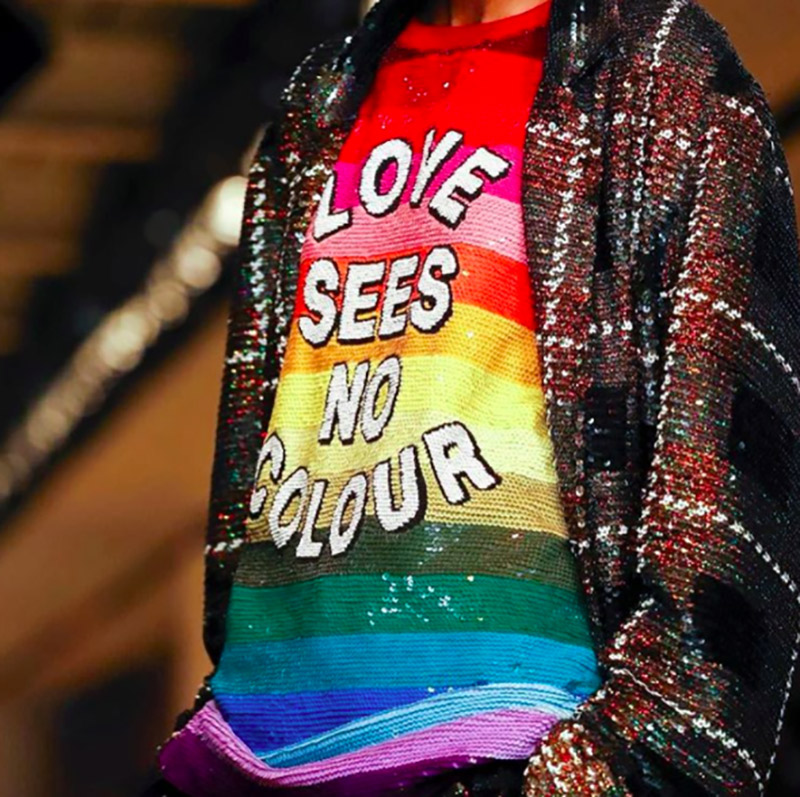 The best thing about London Fashion Week is that, unlike glossy New York and sexy Milan, the styles its designers chuck at us each season are unpredictable and varied. Chalayan, for example, returned to London this season, serving up the technologically advanced fabrics and crisp tailoring that his brand has become known for. In direct contrast to this are brands like Ashish, which cater for those who take fashion seriously (well, they’re willing to spend £75 on slogan tees from the brand, at least), but don’t believe that this means having to dress head-to-toe in black.

With a backdrop that resembled a broken heart, Ashish’s AW17 army sauntered down a glittery yellow catwalk some wearing Mexican wrestler-style make-up, in the brand’s signature sequins. So far, so eccentric and, indeed, so Ashish. But the political undercurrent that ran through all the jazziness was the standout here. ‘Love sees no colour,’ said one top, while another asked, ‘Why be blue when you can be gay?’, and another referenced that delightful Trump ‘pussy-grabbing’ comment. Overall, it was an uplifting celebration of inclusivity in the midst of our uncertain futures.