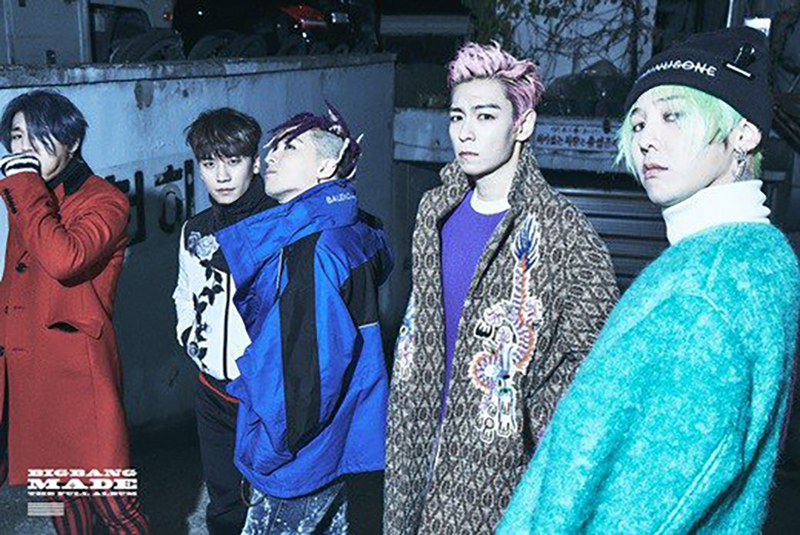 A Tribute to TV Classics of the 90s

*Disclaimer: Fashion Fix Daily is not responsible for any negative effects of reading this article. Possible side-effects may include: obsession, abandoning all other genres and trying to sing along with a language you don’t speak. Proceed at your own risk.

Firstly, what is K-Pop? At its simplest, it is Korean pop music; at its most complicated it is an amalgam of varied music styles engineered for maximum entertainment – a government sponsored expression of East Asian culture. The export and popularity of South Korean music to the rest of the world is referred to as the ‘Hallyu (Korean) Wave’, and in 2014 alone contributed an estimated $11.6billion to their economy. K-Pop as we know it began in the 1990s, but it wasn’t until the 2000s that Korean-made music started to spread beyond China, Japan and Southeast Asia. Slightly reminiscent of Western 1990s & early 2000s pop music, with a little kitschy Eurovision thrown in, K-Pop itself is very vast, with the scope of content varying from the most innovative and exciting musical acts in the world, to absolutely crazy, kitschy, not-sure-if-it’s-stupid-or-amazing gimmick groups – I’m looking at you, Crayon Pop.

Interested? To help navigate the labyrinthine world of K-Pop, here is the first lesson of K-Pop 101.

Idols are basically South Korean pop stars. Nurtured, and at times completely manufactured by talent agencies, some of these idols are trained for pop stardom from their early teens. Gruelling training, allegations of slave contracts and pressure to adhere to extreme beauty standards are some of the negative aspects of being an idol, but there is a price to fame, and the hard work certainly pays off. By the time they debut, these idols can sing, dance, rap and act; not just satisfied with creating pop stars, agencies are creating all-round entertainers. Although there are solo idols, the main bread and butter of K-Pop is the idol groups. These groups generally have between four and thirteen members, but a recently formed group called NCT have an ‘infinite member’ concept, with three sub-groups debuting so far under the names NCT U, NCT 127 and NCT Dream. Unlike western pop acts, the idols’ positions within their group are a bit more clearly defined, with roles such as leader, vocal, visual, rapper, dancer and ‘maknae’ (the youngest).

Like all pop music K-Pop is a fusion of many different styles; songs can include elements of hip hop, R&B, rock, EDM etc. Although the majority of the songs are sung in Korean, there are always key English words and phrases within the songs, and usually the band names themselves. What sets K-Pop apart from western music is the huge variety of audio-visual elements, within a single song there may be multiple elements and genres merged together to create the perfect pop experience. Most songs will be accompanied by a specific choreography which tends to be very complex and will usually include a key dance move which is referred to as the ‘point’ dance move. This will be copied by fans, and in many instances a song is recognisable purely by performing the point dance move.

Fashion is of major importance within the K-Pop world. While fashion in K-Pop has always been interesting, it’s not always been particularly current or innovative. Acts usually determine their aesthetics based on their particular ‘concept’ which can lead to some interesting outfit choices, but more recently stylists in the world of K-Pop have developed a much keener eye for extremely on-trend styles and designers. A huge part of this is definitely due to the emergence of fashion influencers within the Korean culture industry, and it’s impossible to mention fashion and K-Pop together without talking about the King of K-Pop: G-Dragon. Merging the world of high fashion with over the top K-Pop aesthetics, G-Dragon has cemented his place as a true fashion innovator and pioneer whose influence extends across the world. Getting your clothes on a K-Pop star is a gateway to the lucrative market of the East, so idols can often be found wearing the most exciting designers before celebrities in the West are sporting them. If you’re looking for the new fashion capital of the world, I would suggest looking towards Seoul.

As mentioned, idols are trained in an agency setting, and when you first encounter K-Pop it’s a topic that comes up loads. The three agency powerhouses are SM Entertainment, YG Entertainment & JYP Entertainment. Agencies are talent companies that hold auditions to scout for young talent; once talent is spotted, the companies offer these children development contracts. These contracts offer training in singing, dancing, languages, education, media skills and anything else an idol in the making could possibly need. In return, these kids must sing, dance and perform to an often ridiculous schedule. There have been many allegations of mistreatment – idols being forced to get plastic surgery, working when ill and performing through extreme sleep deprivation – and while that is of course cause for concern, the argument made is that these companies invest millions of dollars into training an idol while only a small number of them will become successful enough to make return on that initial investment.

For me one of the most interesting elements of K-Pop is the fans. In the West we have experienced some crazy fandoms, from Beatlemania to the One Direction fans, from Beliebers to Taylor Swift fans. But nothing – and I mean nothing – compares to K-Pop fandom. One of the reasons for this is the constant feeding of the fan hunger. Unlike celebrities in the West, K-Pop idols are contractually required to be in direct contact with their fans; through social media, live video apps, fan meetings and performances, an idol fan can be chasing the dragon constantly. There is always something new to watch, listen to or go to, and a hugely dedicated army of ‘subbers’ provide subtitles to translate their favourite idols TV appearances for the ever-increasing international fanbase. These fans never have to look far for a new hit of K-Pop goodness, which makes them want it ever more, and they are loyal – crazy loyal. Fandom wars are a constant reality. Like the Beliebers, these fandoms all have a collective name: BigBang fans ¬¬– VIPs, BTS fans ¬– Army, EXO fans – EXO-L, SHINee fans – Shawol. The fandoms also have an associated colour in which mechanise will be released, and one of the oddest elements is definitely the fan chant. At live performances, fans will chant a pre-arranged chant routine along with the song, including emphasis on specific parts of the song and members. The only thing I can really liken it to would be a football chant, but much more organised. K-Pop fans are nothing if not devoted, and they spend money ¬– and lots of it – on gifts for their beloved idols, from arranging charitable rice donations on the idols behalf, to sending catering, food and coffee trucks to them during their busy work schedules.

One of the things you will notice when you enter the world of K-Pop is the unusual language, so to get you through those what-the-hell-does-that-mean moments, here is a very brief terminology guide.

Aegyo: is basically acting cute, and South Koreans love it.

Bias: is your favourite member of a group.

Selca: the Korean term for ‘selfie’ – yup, they had a word for it way before we did.

Chocolate Abs: the six packs of male idols, so named due to their resemblance to a chocolate bar.

Concept: Groups are given a ‘concept’ (a look), either for the band generally, or purely for a specific single. Concepts can range from sexy to cute, to even vampire. All the marketing for a single will reflect this concept: music video, fashion and makeup.

Skinship: a platonic, but intimate act of touching between two friends, usually of the same gender: things like holding hands, linking arms, hugging, kissing on the cheek or slapping butts. Within the world of K-Pop it can be used to titillate the fans; although meant to non-sexual, sometimes an eyebrow could be raised.

Oppa/Hyung/Noona/Unnie: honorific titles for people older or younger than you. Korea regards age as extremely important, and these are terms of both respect and endearment. There are many of these terms but these four serve as a great intro.

Sasaeng Fan: simply put, a sasaeng is an obsessive fan of a specific idol or group. Now I do love me an obsessive fan, but sasaengs take obsession to creepy new levels, following their idols in cars & taxis, causing traffic accidents, kidnapping attempts, breaking in and hiding in the idols’ homes, and even in one instance installing CCTV cameras in one idols home parking garage.