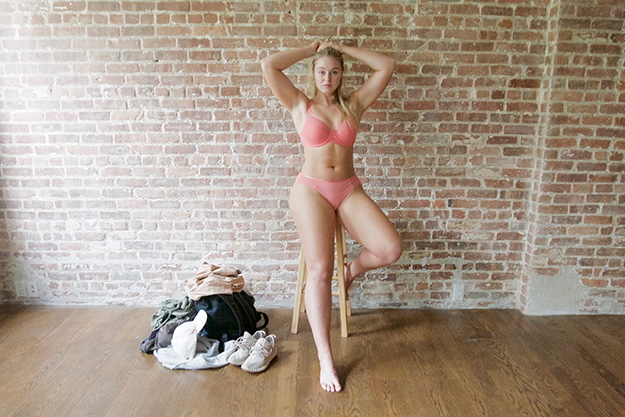 From Govan to Gucci: It’s the Rise of Male Model Connor Newall

| Retouching has become an unhealthy norm in the fashion world and this new supermodel is breaking the habit of editing pictures to show unrealistic body images.

UK model Iskra Lawrence is a long-time champion of better body diversity and improving the image of women in the media, after years of being told she was ‘too big’ for normal modelling jobs and ‘not big enough’ for plus size positions.

Here, Iskra bears all, totally unafraid, in a video for StyleLikeU.

StyleLikeU is defined as a self-acceptance revolution through style, empowering people to express their true selves.’ The mother-daughter duo believed that ‘True Style Is Self Acceptance’.

How To Introduce Oils Into Your Skincare Routine

Their ‘What’s Underneath’ project is a series of docu-style video portraits where people of all ages, races, body types, genders and abilities remove layers of clothing while sharing honest, empowering stories related to style, self-image and identity. ‘What’s Underneath’ quickly became a viral phenomenon, empowering viewers around the world to reject society’s limited norms and discover a sense of freedom and comfort in their own skin.