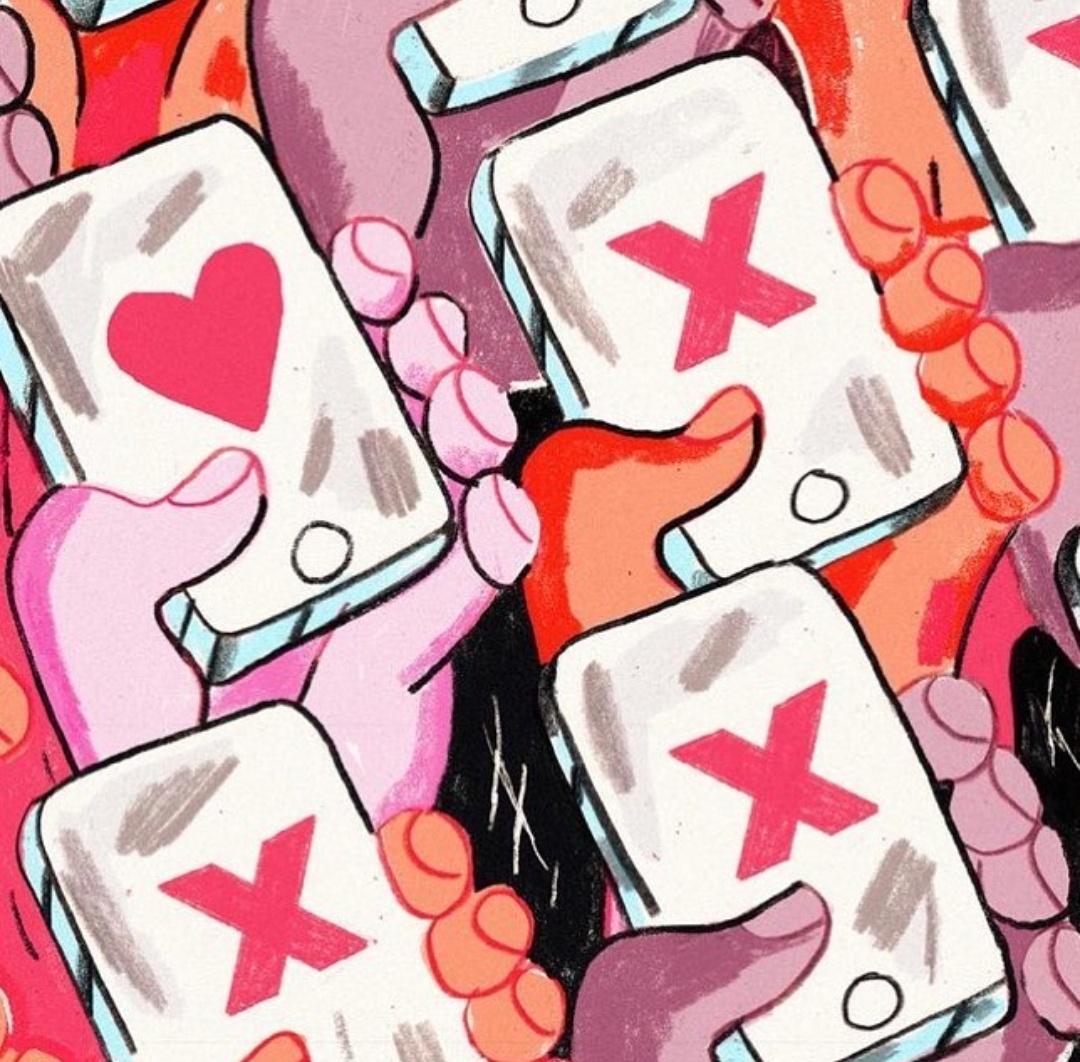 Tinder has been around since 2012, and although it has served me well over the years and seen me dating, kissing and hooking up with people I probably wouldn’t have met otherwise, I feel like it’s days are numbered.

Based solely on how you are intially attracted to the way someone looks – can it really find you more than a one night stand? My survey says no. So I ventured out and checked out the alternatives that are out there to help you find Mr/Ms/Mx Right (or at least Mr/Ms/Mx Right Now).

Bumble
I had high hopes for this dating app, with it’s feminist stand point. When you match with someone, no men can message you until you’ve messaged them first. The ball is in your court. And it eliminates a high (but not all) percentage of dodgy openers from internet randoms.

It also started a campaign asking users to report anyone who was brandishing a gun in any of their profile photos (honestly guys, like do you not understand that when we look through your photos we are primarily trying to decipher whether or not you will murder us if we go round to your house. Showing off that you know how to handle a gun is not doing you any favours.) because it was against their community standards and wanted the app to encourage women to feel safe.

Plus, the calibre of people on Bumble definitely seems to be higher than the likes of your regular Tinder guy complete with picture of them holding a fish, a photo of *not my baby, just my nephew and variations of ‘I’m an easy going guy looking for my partner in crime’. So lots of plus points from me. But, I found that the matches are much less, the banter is slower and that maybe I actually kinda prefer when someone sends me a message first?

OKCupid
I was very reluctant to download this. The stigma of old school online dating sites was still firmly embossed in my brain. It wasn’t just a careless swipe right or left, effort was put in to answer questions and find real matches, and for some reason that just reeked of desperation to me. But, I put those thoughts aside and gave it a shot.

Much like other apps, you have a profile with photos and a bio, but added to this, the app asks you questions about your views on Ethics, Lifestyle, Dating, Sex and Religion. It then shows you matches and their percentage based on how similar your opinions are. Sounds pretty good right? Until you realise what the questions asked are, some of which did not sit well with me. Like ‘Do you have a problem with racist jokes?’ and ‘Do you think homosexuality is a sin?’ – why the fuck are these even questions?!

POF
This app can get tae. I downloaded it and the first thing I was asked was my gender – male or female with no option for anything else, my race – totally irrelevant, and whether I was looking to meet men or women – with no option to choose both. So if you’re a non-cis, person of colour who’s rightfully fed up of being marginallised due to your race and someone who is attracted to more than one gender, apparently this app doesn’t think you exist. I deleted it before even signing up.

HER
An app for queer women and non-binary peeps, which is so welcomed. After dealing with the abomination of discrimination POF posed, it was so nice to feel I could embrace my queerness without any judgement, but instead with celebration. It works pretty much the same as Tinder, although can be a bit glitchy. But any space without a conitingent of sleazy white straight cis men gets the thumbs up from me.

Real life
Shudder – Meeting people in real life. How does that work again? I’ve found that one of two things happens. You’re out at a bar and you’re single and available and all of your body language says just that, but noone comes over and talks to you. Especially men. I think they’ve somehow managed to think that if they speak to you that the angry feminist inside will start shouting at them to leave you alone.

Now, if they come over and talk to me when I am blatantly busy chatting to someone else, my body language is not saying ‘Hi, come over and chat’ or if you they come over with some sleazy chat up line. Then yes, prepare for my feminist wrath. But, you can actually speak to women whilst respecting her space, body and self and it’s pretty simple. I encourage you to do so.

The other thing that happens is that plenty of people come and speak to you, and they’re lovely, but you’re just not that into them. In these circumstances I’ve found myself seriously missing the ability to swipe left. Instead having to partake in polite conversation until it fizzles out. Give me the option to swipe in real life and we have the key.

Have you tried any other dating apps? Which have you found to be the most successful? Send me your thoughts to relationships@fashionfixdaily.com