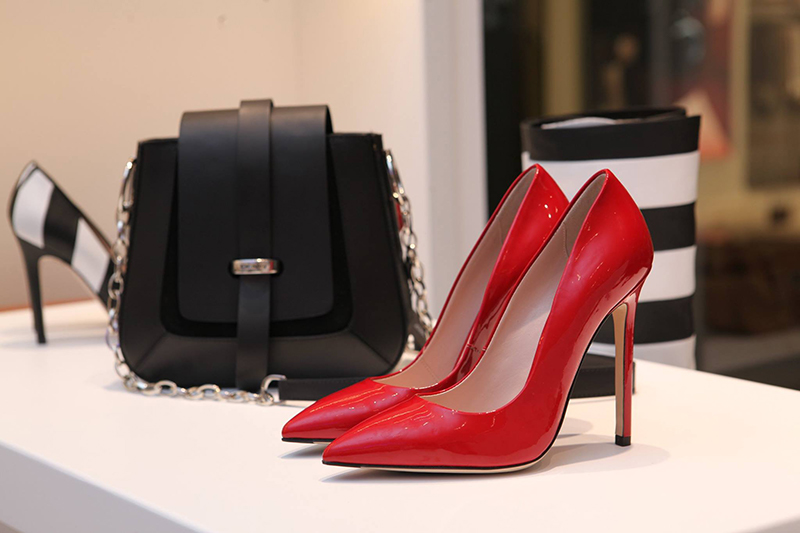 5 Ways to Make Over Your Student Flat

I recently discovered the Chinese clothing site Romwe, and have not shut up about it since. The order took a while to arrive, but I got a whole new wardrobe (including some Puma Fenty dupes) for under £100. Stoked! Please don’t @ me, I’m poor. And how many among us can say we only shop at People Tree and H&M Conscious? I see you out here in Primark, boo, and that’s because cheap clothes have a mysterious and delicious pull. Plus, telling girls in pub toilets that my dress was a fiver is a real hobby of mine.

However, I do have some items you would call "investment pieces". A Diane Von Furstenberg dress that ages me by about twenty years; a Topshop Unique dress that, while beautiful, will probably never fit me again, and an Obscure Couture gown that is so stunning I daren’t touch it. All in all, I think you could safely put me in the fast fashion camp, and I have paid less for most of my clothes than I have for pints in London.
But every magazine is telling me I need to be thinking about cost-per-wear. "Buy these Azzedine Alaia laser-cut heels", they say. "They may cost more than your monthly wage, but if you wear them every day for the rest of your life they’re technically only a quid per wear". But, what’s the truth? To find out, I even asked a focus group of people (my Facebook pals) to give me their investment piece experience.

Straight off the bat, I’m going to chime in about initial outlays. Okay, so it’s cheaper in the long run. But, I’m a scatty millennial with no concept of saving. Telling me I need to spend £300 now on anything strikes fear into my heart.
Also, the overwhelming majority of my Facebook friends who had bought expensive things regretted it. One said: “I remember buying a bag for £120 back when I was earning peanuts, and convinced myself it would be great for work so was worth the extra ££. It was actually pretty impractical so I think I only used it a handful of times.” The cost-per-wear case only really works if you wear it, that’s in the name.
The tales of pinchy, painful shoes were endless. Confirmation that Jimmy Choo and George at Asda both love to give women bunions equally. And one doesn’t charge you £495 for the privilege.
Then there’s the issue of styles and trends. My mum thought her Four Weddings style wedding dress was “timeless” back in the early 90s. I’m gonna be real with you mum, it was a meringue. Is there really such a thing as timeless for women who don’t look like Sophia Loren?

The ethics of these fast fashion ways are something that does niggle at me. It feels fine to bury your head in the sand, until BBC news does a feature on sweatshops and you feel like the biggest piece of shit on the planet. I would like to think, that when you buy from a quality brand, you’re making sure there’s fairer pay right down the chain. That’s a good enough reason in itself
Fashion Fix’s very own Sheri said (in my totally empirical Facebook survey), “It really works. I think if you can style the item more than 5 ways in your head while you are holding it in your hands, it was definitely meant to be!” A lot of the problems with real-life investments are similarly present with investment pieces. If you don’t carefully consider what you’re buying, you’ll lose out. As long as you’re measured while choosing, you’ll get something that actually does last forever.
As well as this, as a wise old woman of 23, I’m starting to realise that a Mickey Mouse t-shirt and ripped jeggings isn’t quite business attire. I want to look like a fancy bitch at a dinner party not like I’m dressed to go to a car boot sale. A good pair of heels or a Vivienne Westwood blazer would help ease that transition, and keep up the facade that I’m not, in fact, an extra at Walford Market in Eastenders and am a functioning member of society.

Top Eyewear Brands You Need To Be Seen In

The solution for me lies somewhere in-between. I have a Valentino bag and Osprey purse bought from TK-Maxx, that are pretty damn luxe but also won’t ruin my life if I spill a drink on them. I also try and buy from smaller designers whenever I can – partly because I’d spend a bit more to help local businesses, and partly because their stuff is rad. Having a few really good show-stoppers helps stop that visceral panic that comes when you have to go to a wedding/job interview/important meeting. So, instead of tugging at your cheap Primarni skirt that barely covers your cheeks, you’re feeling on point in a Hobbs trouser suit that Anna Wintour would be proud of.

Will I ever get rid of my addiction to fast fashion? It looks unlikely. But, I’m going to make a concerted effort to buy things that hang better, wash better, and are better for the world. And you should too. It doesn’t need to be a thousand pounds’ worth of a jacket, it might just be that Cos white shirt with the accent buttons you’ve had your eye on all season. As long as you have something in your wardrobe you’d save in a fire, you’re halfway there.