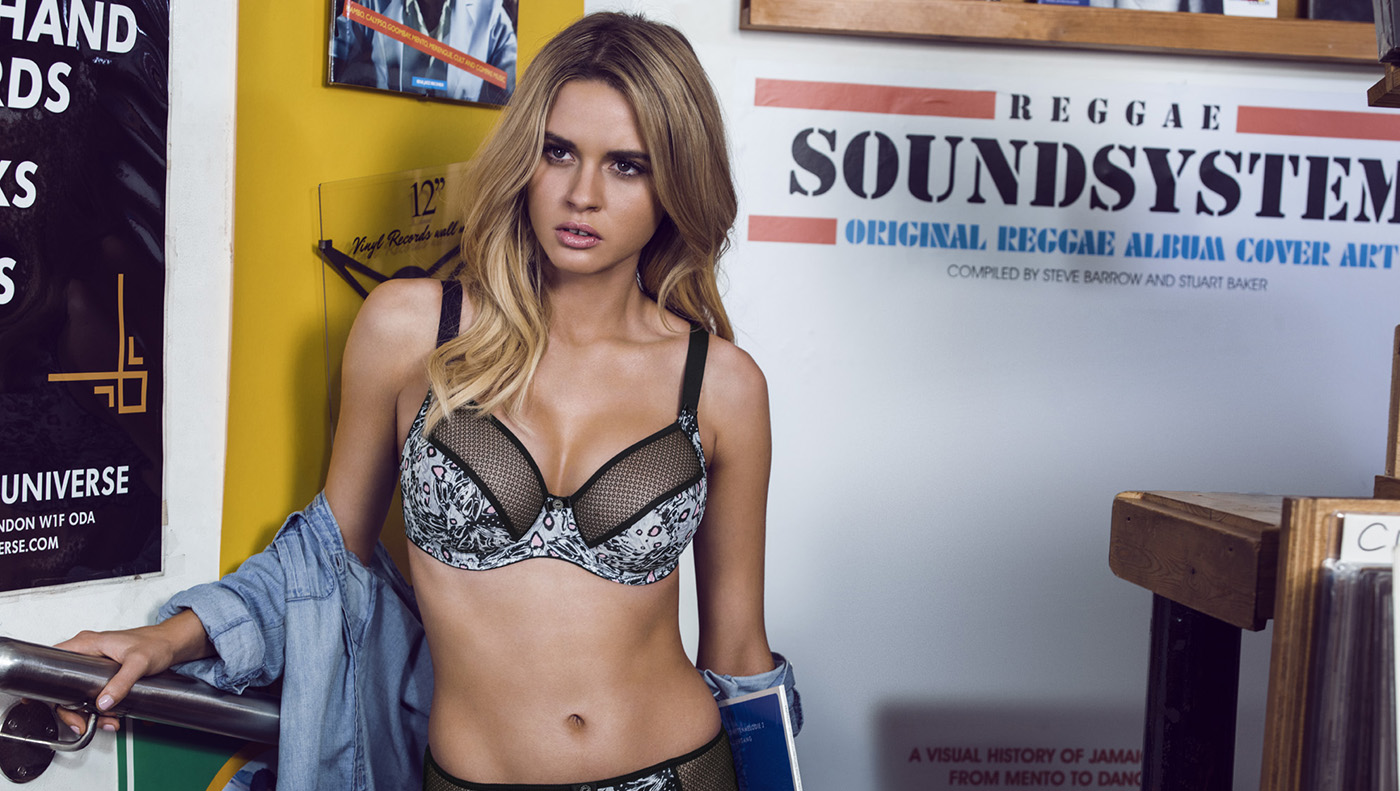 |Boobs out or not? With the current trends it’s hard to tell. While curves are being celebrated in the name of feminism, where are the busty girls in the fashion industry?

Vogue has declared the cleavage officially out of fashion in its most recent issue.

€œSuddenly the cleavage feels wrong, and in its place we’re loving the soft chiffon blouses at Chloe; the prim prissiness of Gucci’s pussycat bows and bejewelled necklines€¦€, writes Kathleen Baird-Murray in the December issue.

Handy for anyone under a D cup. As for the rest of us, well, all of the above will leave us looking like a matron stuffed into Christmas wrapping. We may as well remain indoors until Vogue decides our bodies are on trend again. Women who, like me, have big boobs (the ones who always click the DD+ filter when lingerie shopping online) will know that fashion simply cannot dictate whether cleavage is in or out. It isn’t a choice. Likewise, for women with small busts, the same trouble would occur – albeit in reverse – if Vogue were to decide that cleavage was, in fact, on trend. Your fairy godmother can’t wave her magic wand over your naked décolletage in accordance with what’s fashionable – partly because she probably doesn’t exist, but mostly because our bodies are our bodies and few of us have the inclination, or finances, to change them needlessly. 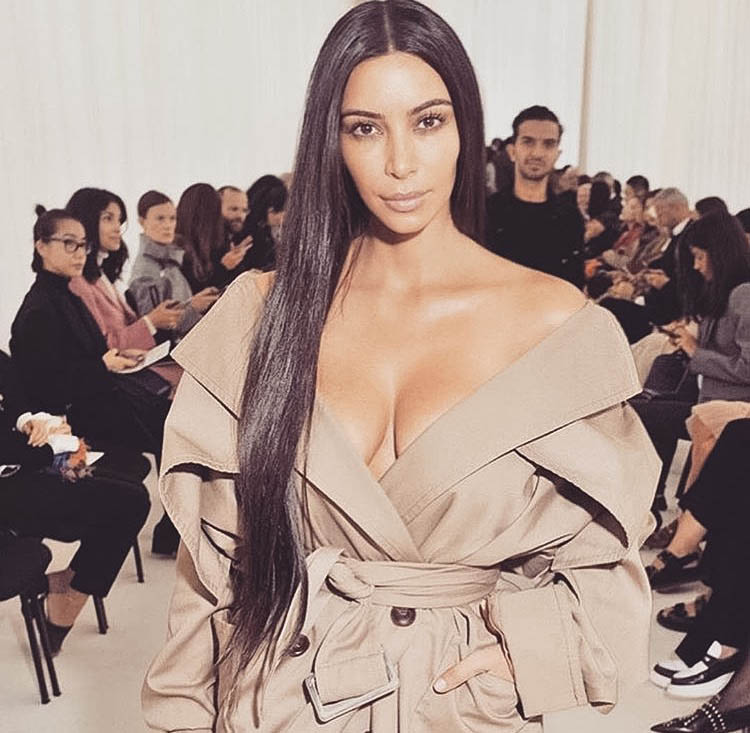 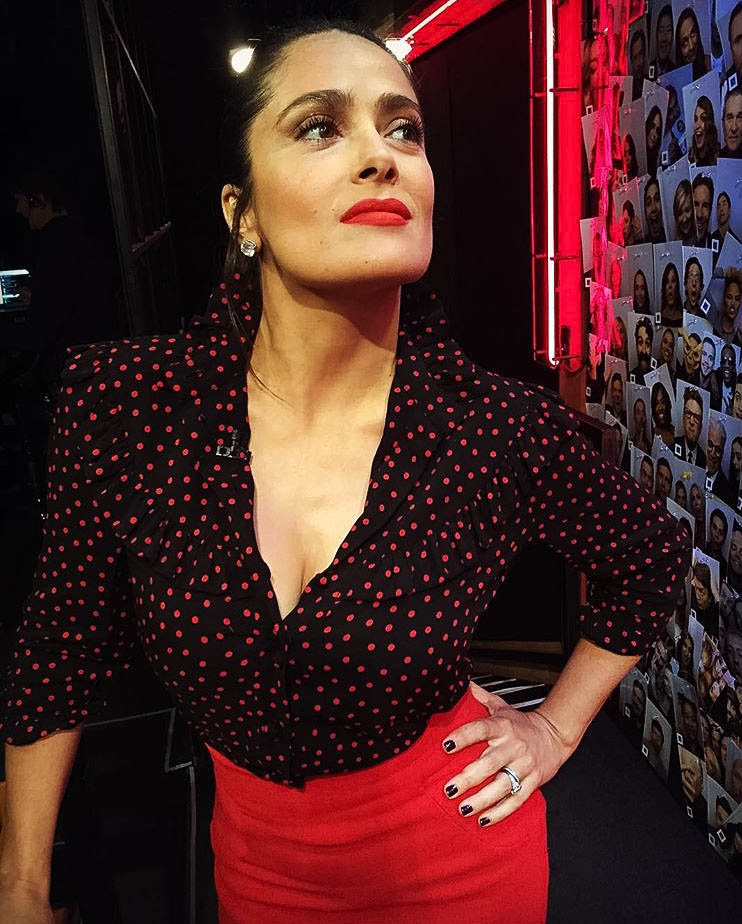 Don’t get me wrong: I love Vogue. But does this declaration of NO CLEAVAGE ALLOWED mean that – because our bodies don’t conform to what the fashion ‘bible’ thinks is fashionable – we have to miss out? Do the Kim Kardashians and Salma Hayeks of the world have to bulk-buy the duct tape (note: tit tape simply won’t hold large breasts in place), strap down our passé boobs, and wear boat necks until Vogue announces cleavage is making a come back? Why should we miss out on spaghetti straps and plunging necklines this party season? Oh, that’s right – because Vogue thinks a modest bust will look better. Never mind what we, the owners of said busts, think. The ironic thing is, most ample busts are actually complemented by v-necks and halter straps – the very shapes that enhance a cleavage, even without padded or push-up bras. 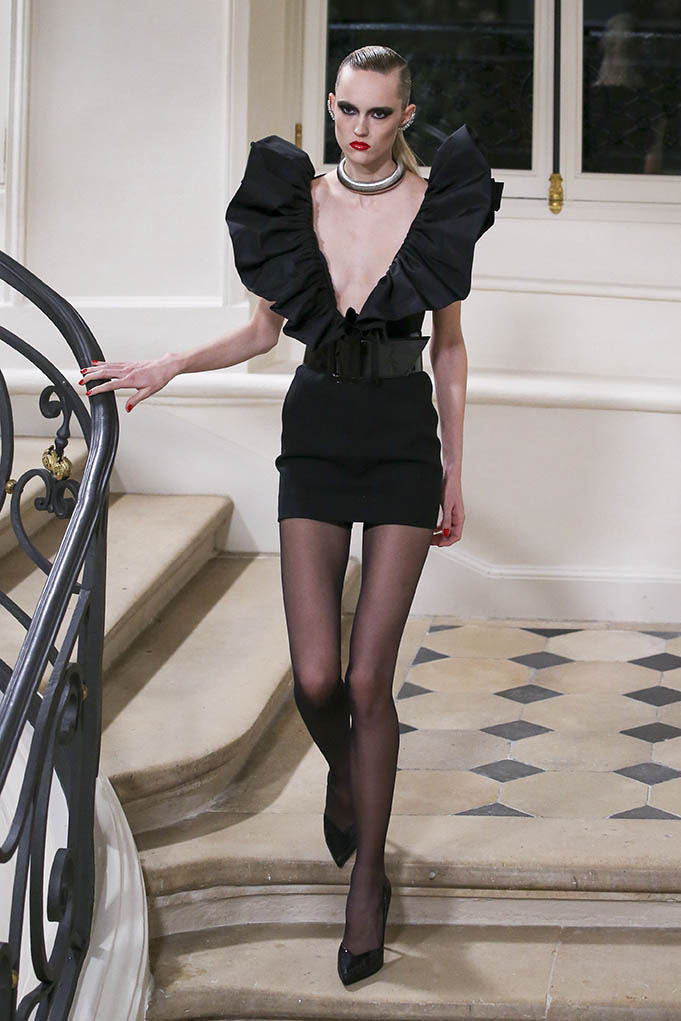 No cleavage in Saint Laurent’s ruffle plunge dress could be tricky for anyone over a D cup!

Even more ironic is the fact that, only two issues ago, in the October issue of Vogue style icon and fashion designer, Victoria Beckham wrote a letter to her younger self. On the glossy pages she wrote: €œAnd I should probably say, don’t mess with your boobs. All those years I denied it – stupid. A sign of insecurity. Just celebrate what you’ve got.€

Ladies, if that means grabbing your push-up bras and burning your December Vogues, then so be it.