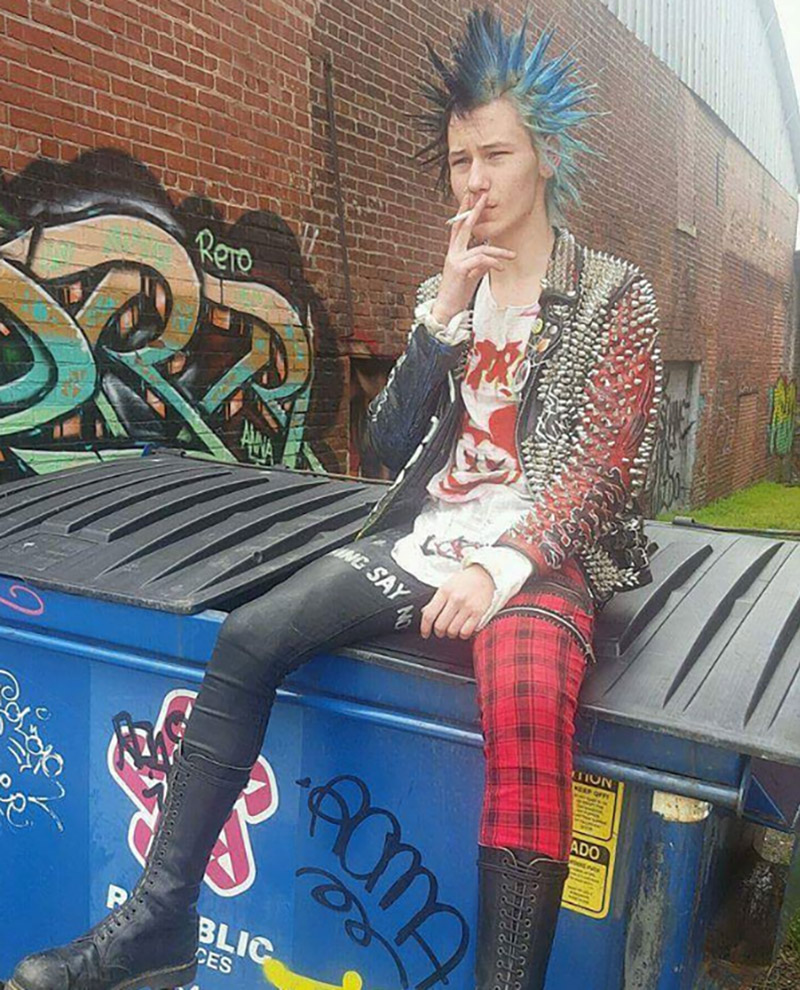 5 Fashion Rules Made To Be Broken

The day John Lydon appeared on that Country Life butter advert was the day punk truly died for a lot of people. It was also pretty hard to see the king of kings Iggy Pop parading around selling car insurance on TV. It seems as we grow older, we must learn that everybody sells out eventually. Once that butter money gets offered, all morals are out the window and Sid Vicious’s ghost is released into the ether.

But then in the fashion world, it’s often not subcultures selling out. In fact, they’re being stolen from. Punk was one of the first noticeable instances of this. Malcolm McLaren monetised it in every way he could, even putting together bands based on how well he though they could sell the get-up. I won’t bring Vivienne Westwood into this too much, but you must see the irony when she sells SEX t-shirts for hundreds of pounds. Tres counterculture babes.

Grunge also started as a grassroots movement. A bunch of disenfranchised kids got together to talk shit and make music in protest of the rigid world their parents brought them into. Kurt Cobain, the poster child of this era, was famous for shopping at Goodwill and thrift shops. He once said "I’d rather be dead than cool," and damnit if that isn’t the most heart-wrenching thing to hear after the fact. Because grunge was supposed to be the antithesis of cool, but it became everything Cobain hated. Marc Jacobs’ collection for Perry Ellis in 1992 was a shitshow that took the raw and real nature of grunge and made it into something elitist. Baby Kate Moss and Naomi Campbell walking down the runway in Nirvana tees and flannel shirts showed that Jacobs (who’d never even visited Seattle btw) couldn’t have missed the point more.

Nowadays, the target seems to be the “urban” look. Astrid Anderson showed her “premium casualwear” collection at LFW Men’s in February, with furry parkas and sweatpants dominating. These are classed as roadman clothes when they’re worn on the streets, but when they have a new tag on them, and are from a boutique on the King’s Road, everything changes.

I went to a flat viewing recently in Peckham, and there were two blonde, well-spoken American girls there. One was wearing Kappa trackies, and another had on an Ellesse sweatshirt and trainers that looked like Lonsdale. I could have laughed there and then knowing that these were the clothes that I went to uni to afford NOT to wear. Was it poverty porn that these rich American students were choosing to live out my chavvy childhood nightmares? I would’ve loved to regale them with tales of getting laughed at at school for rubbish trainers, but somehow I think they just wouldn’t get it.

I, like many others, have taken most of my life lessons from Pretty Woman, for it is a majestic and perfect piece of cinema. The Rodeo Drive scene in particular is burned into my brain, and it represents a lot when it comes to this. For those sales assistants it was bloody hilarious to joke about those beneath them… Until of course they needed them. And fashion leans on the working class in this way, because we possess something the industry never truly can: Authenticity.

Modest Fashion: What is it, and Why is it Having a Moment?

It’s not that fashion shouldn’t reflect the working class youth, or the politics and ideals they hold. But don’t sneer at your muses – making great music, rebelling, and rejecting your snooty bougie attitudes – and then take from them anyway. What really gets me is that many of these subcultures cannot reciprocate in any meaningful way. Their necessity becomes an ironic fantasy for someone completely removed from their experience, and who doesn’t even see how weird that is.