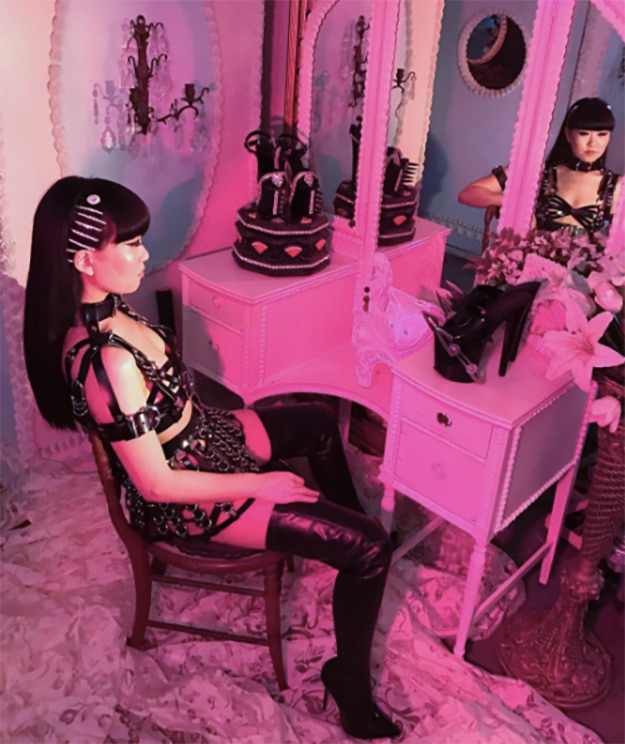 | Slip on your sassiest underwear and wear it as outwear, because now you can.


Fashion’s love affair with fetish isn’t anything new. In fact, it’s almost as predictable as florals for spring and muted tones for Autumn.

Any time fashion explores prim and proper it needs to swing back round to something with a little bit more edge. And for that it turns to the well-trodden path of co””opting elements from the club for the catwalk. Fetish designs have become fashions short-hand for creating easy overt sex appeal whether that’s from the high street’s current penchant for chockers to a wide-spread celebrity affinity for couture latex.

With it being so deeply rooted within female sexuality it can often critiqued as misogynistic and objectifying (only one of them is actually problematic) especially with the frame work being linked to marginalised groups and sex workers. Think “call girl patent” and “stripper heels” – polished up and commodified for fashion culture.

That said, that only works if you are looking at it through the understanding of women purely as objects (again, this doesn’t always have to be problematic) and purely being portrayed as victims. In fact fashions use of fetish and designs more typically associated with sex work is more intrinsically linked with female power rather than a blasé pornofication of the body.

Photographer Helmut Newton infamously created erotically charged imagery designed to push the boundaries of comfort. Think Saddle 1, a shoot for Vogue with a femme fatale bent over on the bed wearing a Hermes saddle strapped to her back or the playboy bunny in the mask, nonchalantly dragging a cigarette against a New York skyline. Yes they evoke desire – that’s kind of the point but they are also complacent in their objectification and if anything encourages it.

Alexander McQueen used fetish wear as a sign of power, seeing it as creating armour opposed to performing submissiveness. If anything, by wearing his designs women were giving themselves permission to take up space. By moulding latex around the body or immersive harnesses, the typical McQueen woman was meant to be sexy, but terrifying. Intimidation and power. And this is continually seen again and again with how elements of fetish are brought in to fashion. Wall flowers need not apply.

Be that Beyoncé and her dancers wearing atelier Zana Bayne’s harnesses and bralets or Taylor Swift rocking an Atsuko Kudo bodysuit in the video for Bad Blood, it’s become short hand for signifying edge coupled with sex appeal. 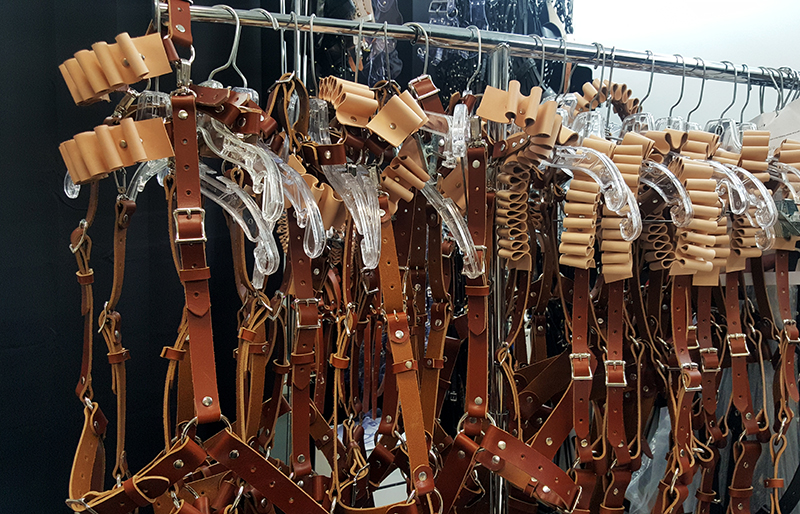 From Versace’s iconic 1992 show Miss S&M to Gareth Pugh’s Night Porter inspired presentation to Balenciaga embracing latex for Spring 17 (even after all this time rubber still retains its power to provoke) fetish inspired designs are everywhere. DSquared2 and Fenty x Puma have all but popularised the return of the corset and body harnesses are as likely to be seen on a night out as a boudoir. Chokers, fishnets and Perspex heels, previously the domain of sex workers retain as some of the biggest high street trends of the moment. Creepyyeha, Teale Coco and Fleet Ilya are among the rising stars embracing fetish and kink couture, while Zana Bayne is happy for the designs to be for the bedroom, though insists they are “post-fetish” – this is art and fashion and style. Yes it’s about sex and power but first and foremost? It’s about expression and delight and good old fashioned fun.

What I wore Wednesday – Sammi Jefcoate

As with anything a little bit slutty (and look this entire aesthetic belongs to the slut) there’s going to be a wider spread critique. That it’s playing dressing up. That it takes trends from the bottom up that only become acceptable through a high fashion lens. That it’s centred on the male-gaze. All fair, but overall they also assume a lack of female agency. Dressing up is fun. Feeling sexy and desired is great, and it isn’t always about the observer as it is about the wearer. Like any piece of art, it’s about evoking a feeling. Helmut Newton sums up this trend better than I ever could.

Now, that’s the kind of fashion I can get behind.