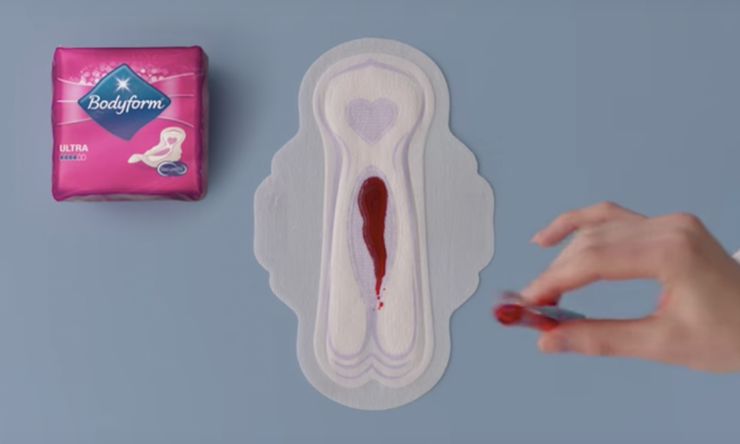 | Bodyform are keeping it real and showing that your period cycle isn’t clear blue. But, you don’t need period panties to have a leakage-free period!

Contrary to popular belief, women don’t bleed blue liquid, they bleed blood, as Bodyform points out in their new #bloodnormal campiagn. The pioneering women’s health brand is passionate about removing the taboo around the thing half of the world’s population goes through every month.

"Periods are normal. Showing them should be, too. Periods are a natural part of life, so why are they rarely given any screen time? Surely hiding something so normal only adds to the shame and embarrassment many women feel when it comes to their periods. Let’s be open about it. We show true-to-life situations; we show blood; we show the world that the only way to kill stigma is to make the invisible visible."

Watch the refreshing new TV ad below, and let us know what you think in the comments: