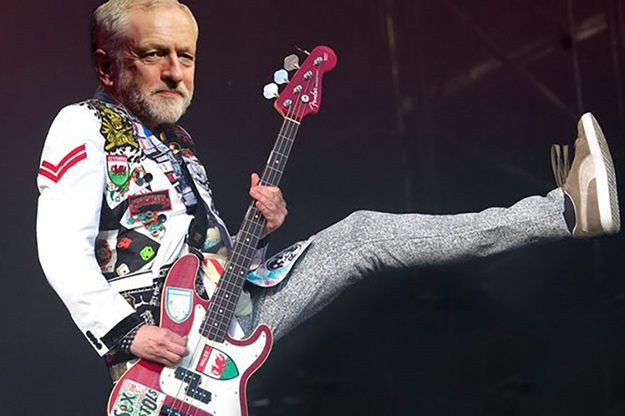 Has Street Style Been Taken Over By Social Media?

| Flashback to that time that Jeremy Corbyn was part of the Glastonbury line up, are politicians the new rockstars?


With Jeremy Corbyn’s speech rocking the stage, and the world, at Glastonbury this summer, the wider cultural impact of the music festival is not to be underestimated.

I believe we have to question the blurred lines between politics and pop culture as politicians increasingly immerse themselves in our everyday lives. Now more than ever, young people, who would in previous generations be disinterested in politics, are getting engaged and involved, and also questioning the authenticity of political authorities. Are they just trying to get ‘down with the kids’ or do they genuinely care about this demographic? Perhaps Corbyn’s speech at Glastonbury marks a new era in a much more immersive and inclusive political scene.

Read More The Best Festival Fashion as told by Instagram

Watch Jezza C’s speech on Glastonbury’s famous Pyramid stage below, and listen as the crowds chant ‘Oh, Jeremy Corbyn’ to the tune of Seven Nation Army over and over, well after the speech ended. The overriding message was ‘Build Bridges, Not Walls’, and Corbyn’s passion for more diversity in politics is totally undeniable. Glastonbury 2017 is certainly one to remember. Maybe politicians are the new rockstars…

Video by Jeremy Corbyn
Header Image by The Mirror