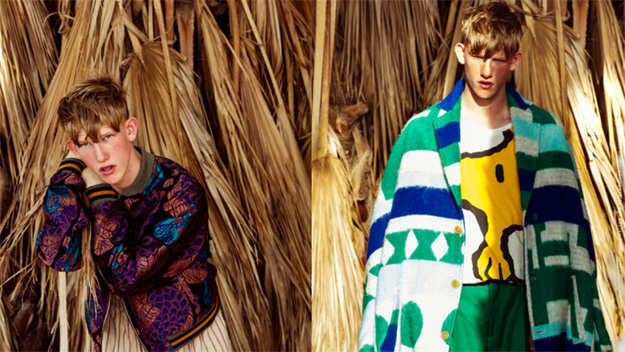 Does Fashion Have a Place in Audio?

| Connor Newall has modelled for big brands such as Gucci and even featured in Vogue. Not bad for a young boy from Glasgow!

The BBC have released a documentary starring male model Connor Newall, who at 18 years old, has become Scotland’s most fashionable export. Connor, who is signed with Glasgow agency Model Team, has starred in campaigns for the likes of Gucci, Lacoste, Stone Island, DSqaured2 and even Vogue.

‘Still just a teenager, Connor Newall is one of the most successful models ever to come out of Scotland. The 18 year-old is in high demand and the upper echelons of the fashion world want a piece of him.

As he lives the life of a modern day model, this documentary follows the story of Glasgow-born Connor travelling in Europe and to New York on various assignments.

Turning his back on a potential career in the Govan shipyards or the British army, Connor instead travels the world, often on his own, fulfilling the demands of a punishing schedule.

While keeping in touch with his family when he can, Connor shoots with the top photographers, is dressed by the best stylists and parties with famous celebrities.

The documentary – part of BBC One’s Our Lives series – examines his fast-paced life in the modelling world and also looks at how his home life in Govan is moving on without him.

The Return Of The Puffer Jacket

Agents, family and professionals provide guidance as the teenage model tries to keep the momentum going and survive and thrive in the sometimes superficial world of fashion. Scotland’s Model Teenager asks whether the teenager may be forced to reinvent himself – or whether his charm, unique looks and Glasgow humour can keep brand Connor alive.’

Watch the full documentary for free online at: http://www.bbc.co.uk/programmes/b091vz4s