|To The Bone, Bleach London Makeup and Meditation. Here are the must-read articles of this week.

This week we’ve been talking about the closure of Colette, the designer collaboration of the century and the pros and cons of eyelash extensions, but what have we been reading? Here are the stories that have gotten the Fashion Fix Daily team talking.

How Floristry Became a Fashion Business "In fashion, flowers are not just for Valentine’s Day – they’re for please, thank you and, quite simply, for life. Fashion’s affinity for floristry became larger than life when for Raf Simons’ debut haute couture show for Christian Dior in 2012, he famously commissioned Belgian florist Mark Colle to bedeck the walls of a 16th arrondissement hÃ´tel particulier with thick beds of flowers, each room a different colour and variety. Overnight, the €œflower wall€ trend was born and would become a popular request for Instagram-friendly weddings and industry events."

Eating Disorder Expert Reacts to To the Bone "There was a lot of controversy surrounding the trailer of Netflix’s To The Bone, and with the movie released on July 14, those who have seen it also have mixed reviews. While some say the movie portrayed eating disorders realistically, others worry it didn’t do enough too show how dangerous eating disorders really can be." 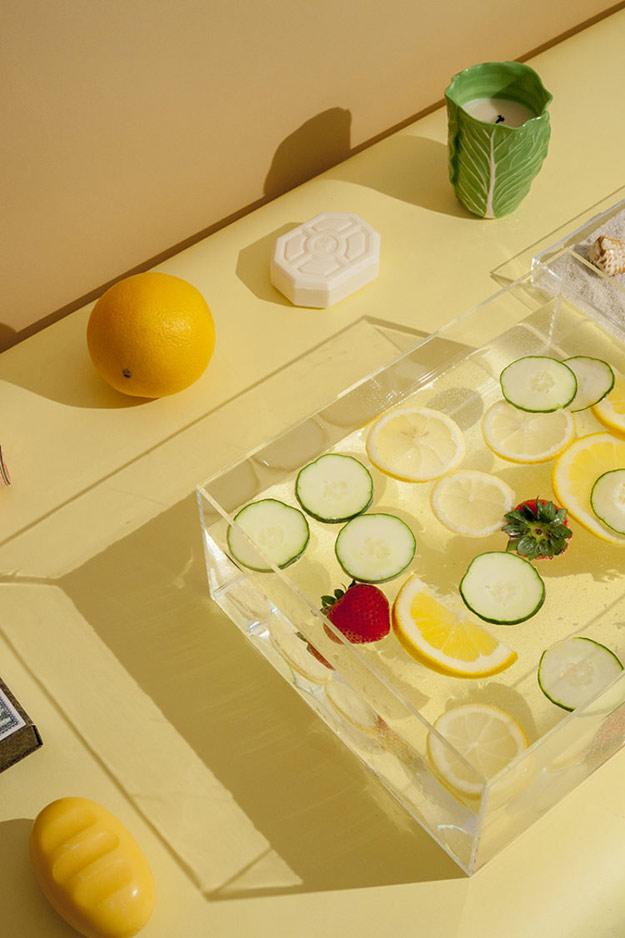 11 Ways to Relax That Aren’t Exercise or Meditation "Everyone I know, including myself, is busy and distracted on an infinite loop. It’s a curious conundrum, considering we’re all armed with more than enough information on how to de-stress. But the €œsurprising benefits€ of exercise, meditation and work-life balance, documented ad nauseam, are beginning to feel like drawn-out humblebrags. Sometimes, they just seem insurmountable. And try as we might to convince ourselves that binge-watching TV helps, I don’t know anyone who feels refreshed after two+ episodes."

Bleach London Has Launched A Makeup Line & It’s Every Bit As Colourful As You’d Hope "When Bleach London opened its doors back in 2010, it transformed the way we look at hair. Named after Nirvana’s ’89 album, the Dalston salon was the first in the world to focus on colour rather than cut, and inspired people everywhere to experiment with sea greens, pastel purples, and fiery reds. Now, the cult brand is set to change the makeup game, too, launching its debut collection online today and in stores tomorrow. From pigmented lip kits and pressed glitter to a rainbow of eyeshadows and an extensive brush line, Bleach has provided bold colours and textures to mix and match with your hair."

BNTM – Behind The Scenes Episode 9

It’s all silk and florals as gender-fluid themes dominate men’s catwalks "In a battle of Blur/Oasis proportions, thanks to the success of British designers such as Christopher Shannon, Cottweiler and Liam Hodges, kings of luxe casualwear, sportswear tipped the balance. But, as is customary, this has created a vacuum for a new focus: genderless fashion. Not just unisex, or gender-fluid clothes, but all-out gowns complete with corsets and panniers and modelled by gender-fluid models."