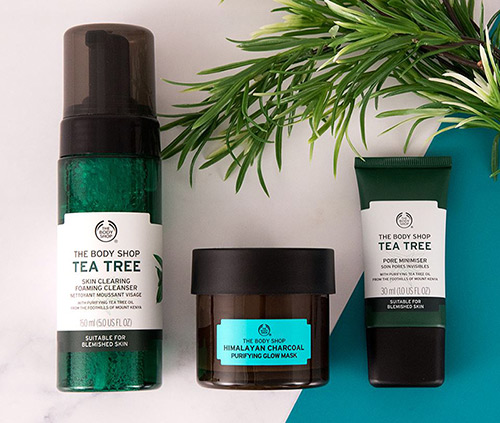 How to Make the Ultimate Fashion Statement

|This week’s must read fashion news are about Katy Perry and celebrity activism, the Body Shop take over and beautiful Glasgow.

This week we’ve been talking about An alternative style icon, Jordan, Ten fashion Podcasts you need to listen to and fashion rules that are made to be broken, but what have we been reading? Here are the stories that have gotten the Fashion Fix Daily team talking.

Katy Perry, "Witness," and the Question of Celebrity Activism "With Witness, Katy has dubbed her new work €œpurposeful pop€ €” art that is ostensibly meant to provoke conversations and place the spotlight on pertinent social issues, if its moniker is any indication. It’s an era that she ushered in with the album’s first single, €œChained to the Rhythm,€œ which she says was written after Donald Trump’s victory, and a (since-changed) Twitter bio that simply read: €œArtist. Activist. Conscious.€œ And while it’s wonderful to see a star of her stature embrace the important issues, her activism is thus far missing one essential component: the empowerment of the marginalized people she claims to fight for."

Barb will NOT be returning to Stranger Things "Bringing deceased characters back to life has not become uncommon when taking a look at TV’s current landscape. Especially in context with supernatural elements, witchcraft or anything of the like. However, this trend, most notably led by Jon Snow in Game of Thrones, will not apply for a fan-fav of another cult-show: Contrary to popular belief, our beloved underdog Barbara €œBarb€ Holland will not be coming back for the second season of Netflix’s already-iconic sci-fi-spectacle Stranger Things.
Even though fans have begged and pleaded for justice, Barb’s fate was sealed with her death in one of season one’s tearjerkingly dramatic epsisodes."

Memory is selective, so why is minutiae so important? "Can anyone become detail oriented or is it an ingrained trait? Popular science and psychology would have us believe the latter."

L’Oréal agrees to sell The Body Shop to Brazil’s Natura for ‚¬1bn "Brazil’s beauty giant Natura Cosméticos to become the surprise new owner of The Body Shop for ‚¬1bn."

Sadiq Khan’s Damning Message To The Government Over Grenfell Tower Fire "The mayor of London has condemned both the government and Kensington and Chelsea council over last week’s fire at Grenfell Tower, which he called a €œpreventable accident€ caused by €œyears of neglect€. At present, 79 people are either dead, or missing and presumed dead."

€œin glasgow it’s easier to stand out€ – five graduates shaping the city’s art reputation "It’s time to flock north of the border! This year’s Glasgow School of Art design graduates tell i-D about their work, and how the city gained its reputation as Britain’s new art mecca."