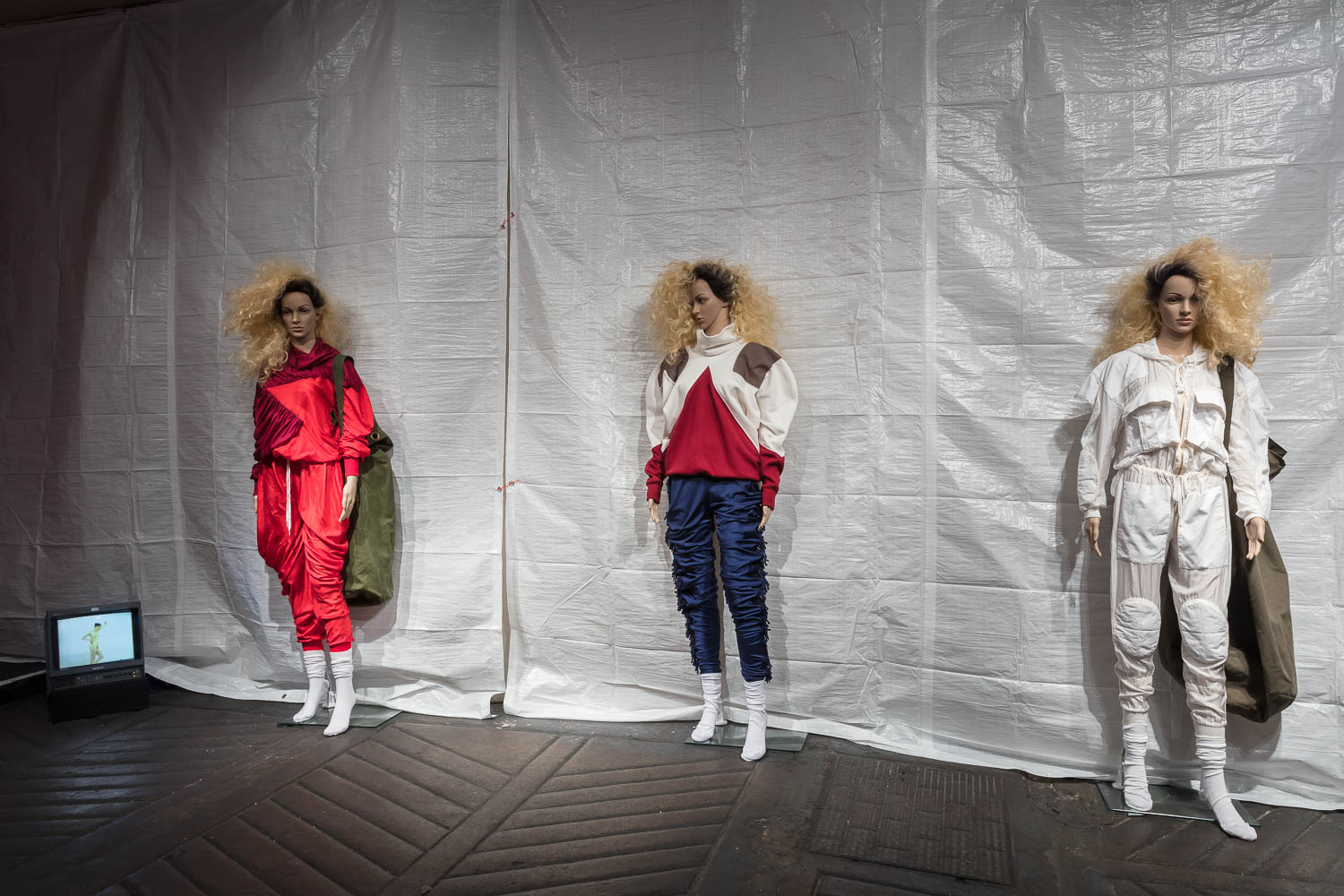 "In i-D’s latest documentary, we’re given exclusive behind-the-runway access to Fashion East, getting the inside scoop from the talent incubator’s alumni, current designers and stars of the future. We spend a season together with Lulu Kennedy MBE, the founder and director of Fashion East, and her loyal team to uncover business secrets of the industry, and how to make it as a successful fashion designer.With the sharpest eyes in the business, Fashion East is the non-profit mentorship scheme that sponsors 6 rising designers for 3 seasons each, giving fledgling stars an opportunity to create for the catwalk, without the pressure of sustaining a business. Lulu and her team have carved out a space for ‘creative freefall’, culminating in a showcase at Fashion Week. What does it take to join Fashion’s First Family? Join us as we spend autumn/winter 2018 with Fashion East to find out."

Episode 1: The Fashion Family Every Young Designer Wants to Join

"Fashion East, the legendary London-based non-profit mentorship scheme, has quietly disrupted the London Fashion Week schedule for the last 17 years. Carefully selected by a panel with razor sharp fashion sensibilities, six rising designers get the opportunity to be sponsored, mentored and guided by the team; from the classroom all the way to the catwalk, and beyond. In the first episode of i-D’s latest documentary, we get to know Fashion East’s founder and director, Lulu Kennedy, and the elusive team behind the runway, who together have steered the careers of Gareth Pugh, Craig Green, Wales Bonner, Henry Holland, Martine Rose, Kim Jones, Charles Jeffrey, Matty Bovan and JW Anderson, amongst a myriad of other unique quintessentially British designers, all from an attic at the top of a winding staircase at their East London HQ. We’re introduced to current designers including A Sai Ta and his nomadic-influenced ‘global aesthetic,’ derived from a Western perception of his Chinese-Vietnamese heritage, and fashion pranksters Rottingdean Bazaar, who drop in on a seaside Zumba class in their hometown on the south coast. Elsewhere, at the Royal Albert Hall, the 2017 Fashion Awards are looming, and Fashion East alumni are nominated in the star-studded line-up. Join us as we witness a season within Fashion East, the scheme that put young London fashion on the map."

Episode 2: What it Takes to Become a Fashion Designer

"In Episode 2 of the Fashion East documentary, we follow the journey of Lulu Kennedy’s newest recruits for their first shows with the designer mentorship scheme, and learn what exactly it takes to become part of Fashion East. First up is recent MA graduate and menswear designer Stefan Cooke, who digitally manipulates timeless fabrics and classic charity shop gems, reproducing the print onto flexible synthetic materials, dressing an army of princes for battle on the runway. To find out what it takes to become a designer, we join Lulu at an inspirational talk to fashion students at Central Saint Martins, meeting the up and coming names who have a Fashion East sponsorship in their sights. Finally we’re introduced to Charlotte Knowles, a womenswear designer that specialises in the tension between revealing and concealing, and the Fashion East team call her into the office for a chat about opportunities in the near future. How do you make the leap from fashion graduate to fully fledged designer? What do the Fashion East team look for in a newcomer? And after having just joined the scheme, will Stefan be ready to show at MAN?"

"Having celebrated the triumphant MAN shows, we’re back on track for Fashion East’s womenswear designer showcase at London Fashion Week – but first, we’re let in behind the scenes of the business of fashion; a world in which Lulu and the team are well schooled. Stefan Cooke and Art School’s Eden Loweth attend the London Showrooms in Paris, where they attempt to sell their catwalk clobber to potential store buyers. In between checking up on the designers, Lulu makes a detour to Fashion East alumni Kim Jones’ last show as Artistic Director of menswear collections at luxury brand Louis Vuitton, featuring supermodels Kate Moss and Naomi Campbell walking the show-stopping final looks and a celebrity filled audience including David and Victoria Beckham and Neymar Jr. Back at the showrooms, Art School’s genderless approach to fashion catch the eye of new store Shyness, and we explore their non-binary world in a fashion film centred on attitude, fluidity and icons of London nightlife. We’re also introduced to womenswear designer Supriya Lele, whose Indian heritage and West Midlands upbringing informs her designs, which highlight the contrast between feminine fragility and strength. Finally, it’s all systems go as we wrap up with Fashion East’s autumn/winter 2018 womenswear shows – but in true Fashion East style, days before the show, there’s room for a little surprise…"