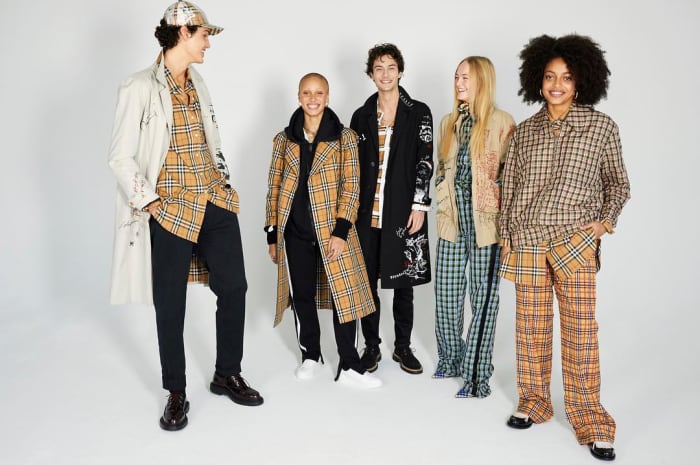 | Fashion News Headlines featuring Next, M&S, Primark and New Look from the high street, and Burberry & Nike from the luxury fashion world.

This week we’ve been talking about Eurovision, Jazzelle Zanaughtti and Tinder Disasters. But what have we been reading about? Here are the top five fashion news headlines from around the web!

M&S, Next and Primark ban sale of mohair