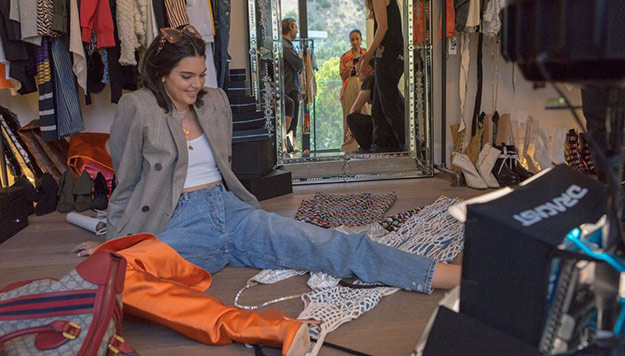 What makes life worth living in the face of death?

Clarks shoes has reportedly pulled a line of school shoes for girls after it was accused of “blatant discrimination” and “sexism”. The shop became the centre of the row over lines of children’s shoes which were named ‘Dolly Babe’ for girls and ‘Leader’ for boys.

ASOS and Nike have just launched a new programme that lets you immediately search the internet for someone’s outfit. Spotted an outfit on the street or on someone’s Instagram you want to coppy? Use ASOS’s new visual search tech to track down the perfect ASOS and Nike match. Juts take an image of their look and the tech will send you the closest ASOS & Nike Matches.

Vogue has partnered with Google to Create a Virtual Reality Video Series. The project takes viewers inside the closets of models including Kendall Jenner and Cindy Crawford.

Uniqlo is launching an automated shopping concept in the format of vending-inspired machines at select airports and malls in the US. The first Uniqlo To Go, which houses the brand’s LifeWear line, was unveiled at Oakland airport today. A further nine will appear around the country in August and September. The pop-up machines are designed to provide an on-demand experience for customers in high traffic locations, with each of them selling Uniqlo’s UltraLight down jackets and HeatTech tops. According to the brand, they represent the intersection of technology, convenience and efficiency.

Catwalk make-up guru Pat McGrath is expanding her beauty offerings with a 61-piece core collection.
The beauty maven, who is known for editorial work as well as her runway looks and has previously been dubbed the most influential make-up artist in the world by Vogue, will launch the collection on the 16th of September.