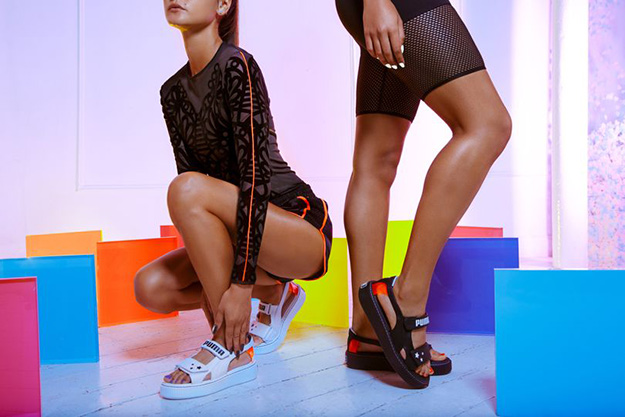 Sophia Webster releases fashion and footwear range with Puma – The 32-year-old designer has joined forces with the sportswear giant to create a variety of trainers and sliders, which feature her signature butterfly logo, as well as an activewear capsule that includes leotards, leggings and crop tops. Speaking to Vogue about her latest venture, Sophia said she has loved the challenge.

Marks & Spencer’s market valuation could soon be overtaken by etailer Asos, in a “seminal moment” for the retail industry, analysts predict.

As fashion titles face increasing pressure from brands to show clothes exactly as they appeared on the runway, the editorial shoot has become less about consumer inspiration and more of a controlled marketing play. Business of Fashion investigates the problem with ‘Full Look’ styling in fashion magazines.

New York Fashion Week is almost upon us, with designers from Tom Ford and Marc Jacobs to Victoria Beckham and Ralph Lauren gearing up to showcase their SS18 collections in NYC in just one week’s time. Following on from Last years political stance & partnership with Planned Parenthood the Council of Fashion Designers of America will be distributing blue ribbons for people to wear to stand in solidarity with the American Civil Liberties Union, an organisation working to safeguard human rights.