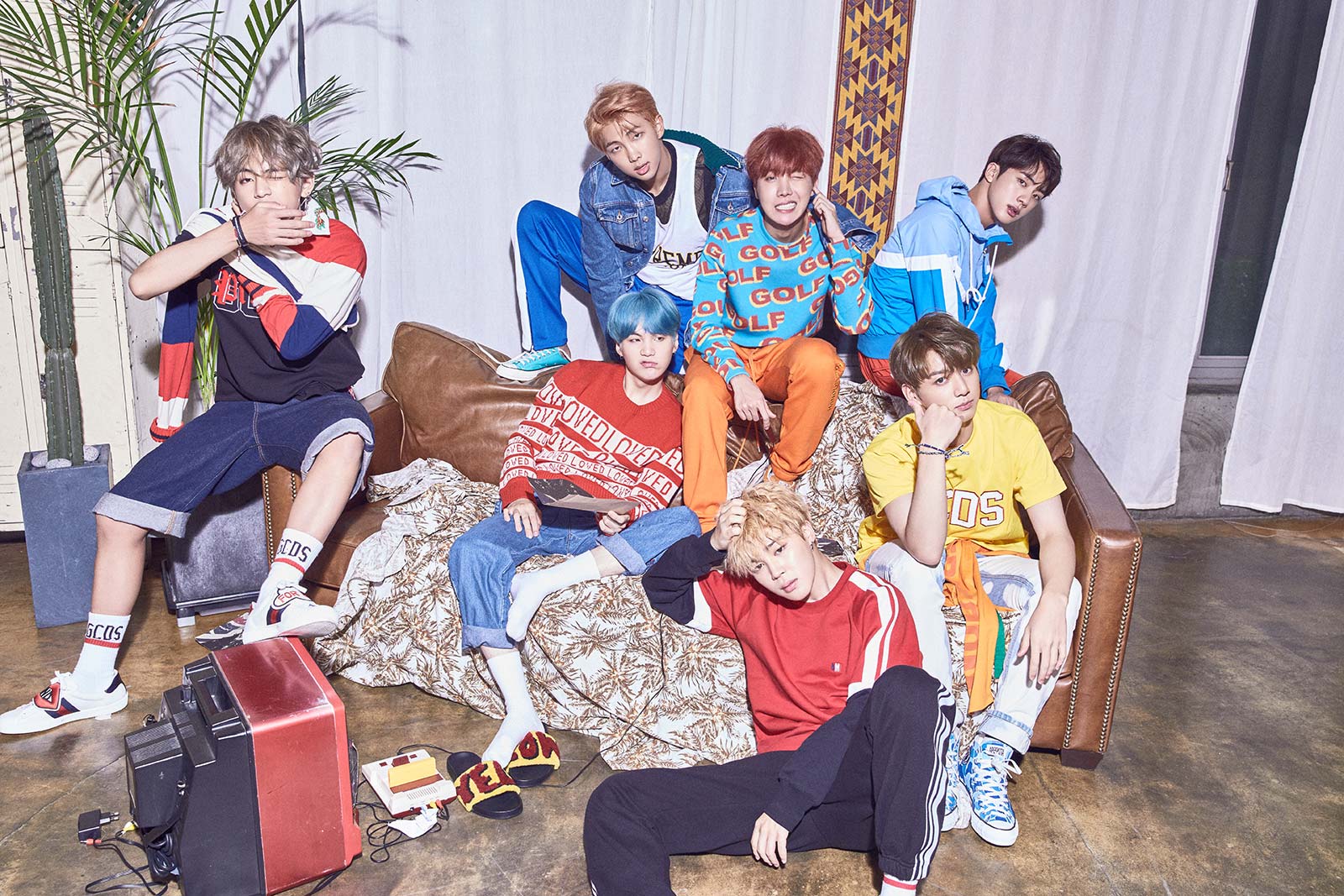 5 European Shoe Designers You Need in Your Wardrobe

With their monumental performance at the AMA awards and complete destruction of practically every music chart in the world, K-Pop superstars BTS are looking like the first Korean act to not only break the West, but to dominate it. BTS officially debuted in 2013 under the company BIG Hit Entertainment with their debut song ‘No More Dream’, and after a relatively modest start have slowly morphed into the Korean cultural powerhouse that they are today. So, to get you up to date on everything BTS here is a handy little guide.

Name: BTS
First things first, the name BTS does not – as you might assume – stand for Behind the Scenes; instead, it actually means Bangtan Sonyeondan (Korean Hangul ë°©íƒ„ì†ë…„ë‹¨), basically translating to Bulletproof Boy Scouts.

Two things to note here: first, in the world of K-pop they love acronyms… like, really love them; secondly, the meaning or full names of K-pop bands tend to be ridiculous, be that down to being lost in translation, or just because they were crazy to begin with. So, with most things new or unusual to you, don’t get hung up on it, instead just led the randomness wash over you, k?

Fans: ARMY
The fans of BTS are called ARMY and to say they are passionate is kind of putting it lightly, which I’m totally here for, because I also love BTS. We have seen super passionate fans before, from the Beatles to Justin Bieber, and even with other K-pop bands like EXO, but while they had their fandom merits, the BTS fans have actually taken a huge support role in the bands success, particularly in the West. ARMY sort of act as an unofficial marketing team and have made BTS the Kings of social media in 2017: they were named Billboard’s Top Social Media Artist, given the honour of being the most tweeted about celebrities on Twitter, and actually broken the record for the most Twitter engagements.

ARMY, like all fandoms, does have its dark side, and there is fighting between different K-Pop fandoms, but honestly while this gets a lot of attention, fandom wars have always happened and will probably continue to do so in the future so I don’t think it’s that big of a deal.

Members:
Just to note here within K-pop groups each member will have a role whether it be dancer or visual (basically the best looking or face of the group) and all groups have a leader who basically attempts to control the chaos.

RM used to go by Rap Monster, which changed recently. He was the first member of the group and is known for his incredible English skills, his extremely high IQ and his rap skills (hence the terrible name Rap Monster).

Jin, the oldest of the group, has earned the nickname ‘worldwide handsome’, a title he relishes. He is known for his looks, of which he is very proud, and his terrible dancing skills.

Suga is known for his rap talent in BTS. While there is no bad rapper in BTS, his mixtape released under the name Agust D definitely showed off his – in my opinion anyway – superior rapping and lyric writing ability.

This man has some serious dance skills, probably the best in K-Pop which is no mean feat considering there are some incredible dance talents. A strong rapper, J-Hope’s real talent comes from his performing ability thanks to those moves.

Infantalisation of Beauty: Is Our Love of Unicorns Doing More Harm Than Good?

Jimin is known for his cute eye smiles, his abs, and well… being kind of short. But as they say, good things come in small packages as Jimin has to be BTS’s scene stealer: great voice, great dancer and lips to be jealous of, what more could you want.

The second youngest of BTS is the always odd and loveable V. Although all of the vocals in BTS sing beautifully, I have to say that V is my favourite. His rich, bassy voice is incredibly unique, particularly in K-pop, so you’re welcome.

The ‘maknae’, which is a Korean term meaning the youngest of the group, is Jungkook, generally referred to as the ‘golden maknae’ due to his superior singing, rapping, dancing abilities: you name it, the boy can do it.

TV Shows:
Kind of a strange trend in Korea is that many new bands get a short-lived reality TV show, and a very early BTS one was literally one of the best I’ve seen.

Called American Hustle Life, it focused on BTS going to America to learn about Hip-Hop. The shows starts with them being fake-kidnapped and taken to South Central, and includes a cameo from Coolio, which is probably one of the most awkward and hilarious things I have ever seen – seriously Coolio is a dick. It’s so funny watching him lecture a baby BTS about Hip-Hop, keeping in mind that they, aside from Rap Monster, speak basically no English at this point.