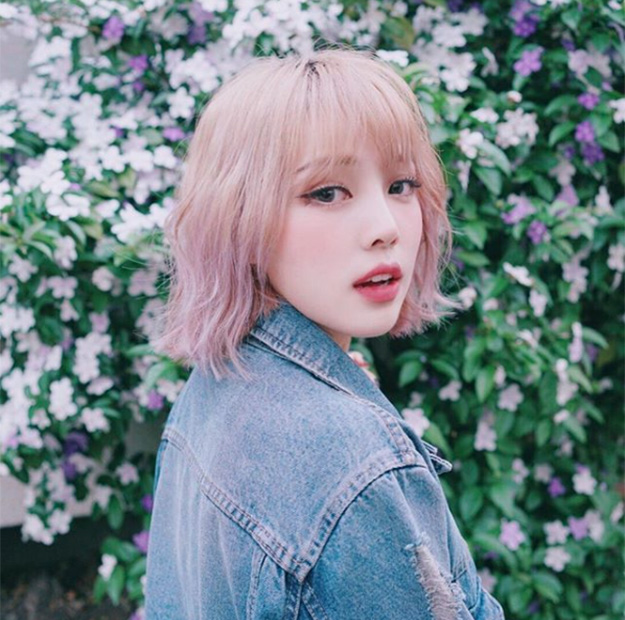 So, we have written about East Asian (particularly Korean) skincare on Fashion Fix Daily before, and while we are obsessed, the make-up world has some gems too. While we are bombarded with Western-style makeup trends from heavy contouring to cut creases, what are the trends sweeping the other side of the world? Keep in mind many of these trends that will influence the whole of East Asia will originate in Japan, but primarily South Korea as they are a world leader in beauty and definitely the centre for beauty in Asia.

Description: accentuating the fatty deposits beneath your eyes

Now, I’m sure you have at one point in your life hated your eye bags, – well, what if I was to tell you that in many places in the world eye bags are not only desired, but actually artificially created? ‘Why’ I hear you ask, well, to make you look younger essentially. Created with makeup or in extreme cases plastic surgery the idea is to emphasise the fat pockets under the eyes to make your eyes appear rounder, fuller and younger.

Description: flushed cheeks to give that ‘had a few drinks’ vibe.
Made famous by Japanese makeup artist Igari Shinobu, this adds a little colour to the very popular ‘no makeup look’. Not actually intended to actually imitate anyone drunk or hungover, the name hangover makeup was a name that spread over social media and it kinda stuck. Multiple colours or types of blush (cream or powder) are applied in an inverted triangle shape close to the eyes. Keeping blush in the centre of the face will create a natural flushed glow and like most of the East Asian makeup, give a youthful vibe. This look is eerily similar to the Japanese trend called Me No Shita Chiiku which is basically under-eye blush. Like the hangover makeup, Me No Shita Chiiku is the trend of wearing flushed blusher on the high points of the cheek under the eye. Hugely popular in Harajuku it is synonymous with Japanese “It girl” Momoko Ogihara, therefore has also been called “Momoko blush”.

While chok chok skin denotes a skin finish ultimately it incorporates the Korean skin hydration philosophy which is hydrating the skin topically so it retains moisture constantly. Generally preferred in East Asia is a fresher dewy skin which is super hydrated, juicy and almost moist in appearance. There are several variations of dewy skin finishes popular in East Asia, and while the differences are subtle they are important.

Dominating East Asian makeup trends particularly in South Korea, Taiwan and China is what has come to be known as fruit makeup. Using colour tones of pinks, reds, and oranges this looks gives subtle burst of colour aiming to look refreshing and youthful. Like all East Asian makeup, it is applied relatively subtly and aims to give flushes of colour on the eyes, cheeks and lips. Accompanying the fruit makeup, the rest of the face is rather undone, apart from plenty of highlighter to add to that fresh youthful glow.

The Dangers of Fake Beauty Products

Lip Gradients
Translated: So not really applicable but it is sometimes called Cherry lips in Asia

Description: Soft bloom of colour from the centre of the lip

We have probably all heard of the gradient lip as it was a trend that actually spread to the West, but you can’t really discuss East Asian makeup trends without this game changer. Giving you that just-sucked-on-a-cherry-lollipop lip or as I prefer to describe it like-you-just-drank-some-blood lips, it is generally achieved using lip stains, tints or lipsticks with the colour applied only to the inner centre of the lips, so to really exaggerate the gradient apply concealer to the outer parts of the lips.

Blooming blusher
Translated: Technically called ‘Punch blusher’ but since that name is pretty inappropriate we will go with another variation of its name, blooming blusher.

Description: Vivid blusher around the eyes and cheeks

Looking to be the next big thing in East Asian makeup is blooming blusher or its official name, punch blusher. Like the ‘hangover makeup’ and the ‘Me No Shita Chiiku makeup’ this makeup looks plays with blush, which in my opinion is a really over looked element in western makeup nowadays. Not just satisfied with just the cheeks this look really incorporates the whole face and is applied with a relatively dramatic sweep of colour around the eyes and over the cheeks intended to create a “blooming complexion”.