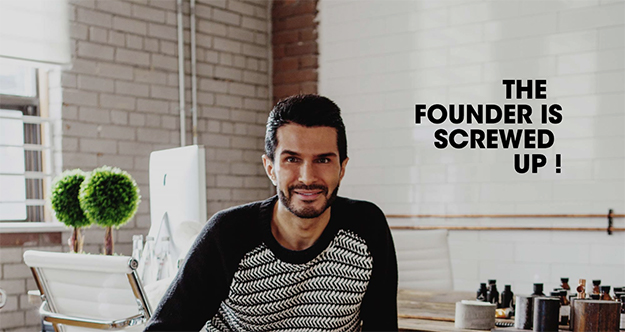 Day In The Life Of: Rock ‘n’ Roll Bride

Let’s just start with the main image. It was screen shot from their website at 12.57 today (the 6th of Feb 2018) and thats just the tip of the entire messy meltdown.

The words in this video mean more to me than to anyone. I will talk to you beautiful people on our social channels from now on. I'll maintain an email subscription list and you can subscribe to it by simply sending an empty email to b@deciem.com. I'll share my thoughts that relate more to life than DECIEM on my own Instagram feed @btruaxe. We are all humans. We are not consumers, races, genders or sexualities. í ¼í¼Ž Our social team won't respond to any comments on this post because I will respond to all of them personally. Please ask any order or product questions on another post or via DM so that I can commit time to this post. ¤ï¸

So this video posted on instagram would seem like a heartfelt message from the brand owner, right? Well after a little digging, well social media stalking, most of the instagram posts contain an apology or two, or are just completely insane public talks with suppliers? We applaud DECIEM’s decision to go plastic free, but surely there was a better way of communicating this than repeating the same weird conversation over 8 video posts?

I'll eliminate all plastic including our shopping bags, droppers, foundation bottles (which cost more than glass bottles because they're "sophisticated" plastic). Alessandro and Hajar, please tell our suppliers that this plan will complete by end of 2018. Peter of Mong Packaging, I'm sorry that we won't use plastic any more. You're such a good person. I'll sponsor you and your family to come to Canada if you want and you can work at DECIEM. Alan of Idealpak, this direction means more business for you ¤ï¸í ½í°´ (@apple please add a donkey emoticon because there's no horse in Morocco as far as I can tell). Sorry everyone that I'll repeat this note several times today with different videos. I love you, Brandon. (It's sunny here. ¤ï¸í ¼í¼•)

In one of the weird and rambling posts the DECIEM founder not only assured people he wasn’t gay, no one asked btw, he also thanked Estee Lauder for being an investor, the way the company has been acting recently this throws up a few red flags for us. Plus this reply to a concerned customer just sounded like an attempt to justify their own involvement with a company who are notorious for testing on animals.

"DECIEM @lairame They’re a minority investor. If you or someone in your family has any index funds or mutual funds, you’re very likely profiting from animal testing funds. But what you do with your gains is reflective of your values. We are the same. Because of their investment, we are spreading cruelty-free products around our small planet."

The icing on the social media meltdown cake has to be the very public apology to TJ Esho, in which Brandon apologised for the ESHO disaster, asking for forgiveness. Surely a call would have cleared this up instead of a messy and very public breakup. But we can only wonder if this is the end of the over sharing, manic instagram feed?

Hi everyone ¤ï¸ I am sorry to post one more time despite my promise because I owe my friend, TJ Esho. TJ, you trusted me. And I was too busy. We were all too busy. And the formulas were rushed. And almost everyone hated them. Prudvi has now fixed them but I need to say goodbye to you because we are too busy to love your brand enough. We have some stock. As we sell through, we will pay you 100% of the revenues generated instead of the 5% we agreed to until stock runs out. I will give you all the formulas and the trademark is yours. AP/HM/MG/SKA/NK/PK please support me and TJ on this exit. TJ, please forgive me. Our lovely customers who bought ESHO and hated it, please forgive me. And those of you who love ESHO, please forgive me and love TJ. Gill, please forgive me.¤ï¸í ½í°ª

The problematic legacy of Hugh Hefner

On Top of all the insta-drama, is the Glass Door Reviews. You can see a neat little round up on the Reddit Skin Care Addiction forum, which has so many DECIEM stories that it may take a while to get through them all, so we recommend making a cup of tea first…and maybe grabbing the popcorn.

So to the reviews, most negative reviews are followed by glowing ones, making it pretty suspicious and fairly obvious someone at H/O is doing some firefighting, maybe they should look at socials too? The people who come off badly in the reviews are the management, or lack of it. All negative reviews state that there is a high turnover of staff due to poor management, and a fair few saying that if you aren’t in Brandons "inner circle" then you aren’t going to get anywhere.

Here are a few of the complaints from employees;

No training
No safety taught
Management is a mess that doesn’t know how to professionally talk to employees
Management doesn’t listen to your needs, instead they’ll verbally attack
Worst job I have ever had

Owner frequently describes customers as "complainers"
NO SAFETY practices at all
Too much gossip and from the owner, doesn’t really care to hide it. Has set the tone for the entire office
Manipulative/immature coworkers (seemingly insecure as they can’t stop insulting people that they pretend to be nice to)
High turnover rate

As this drama unfolds we will be watching to see what’s to become of DECIEM. We have to wonder how much further down the rabbit hole the brand will go.