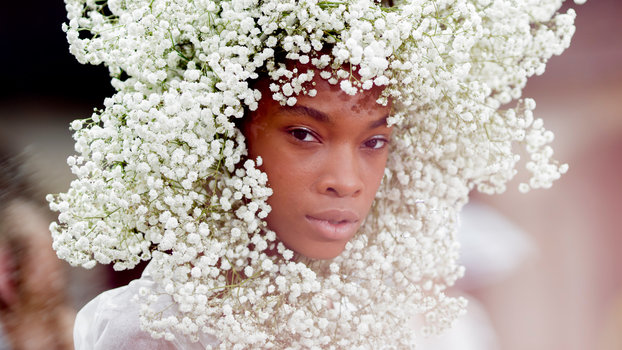 She Moved to the City – Editorial

Sometimes, when the world feels like it’s going wrong, you’ve just got to turn off the news, switch off your phone and throw yourself into frothy comforts that take you on holiday in your head. Here at Fashion Fix Daily, we (perhaps unsurprisingly) like to vouch for the blissful escapism of fashion shows.

And Couture Week, in all of its extravagance, is even more of a dream world. They say that fashion isn’t brain surgery, so not worth being taken seriously – but with so much going wrong in the world, we’d argue that we don’t need fashion to be serious, anyway. Here some of our favourite shows from Couture Week. 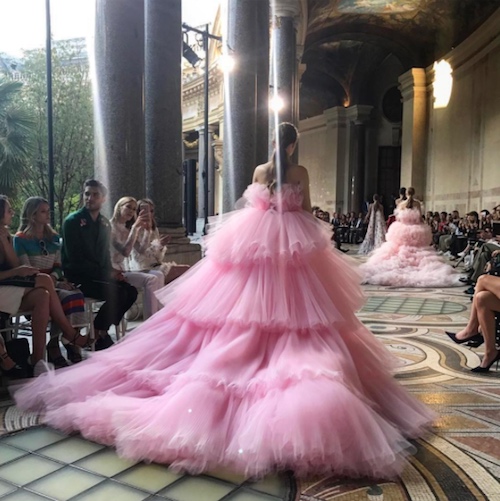 ‘Nymphs and muses’ was the theme of Giambattista Valli‘s predictably extravagant, fairytale-like show. This culminated in what the designer claimed to be a blend between the pretty and the perverse; ornate florals and flouncy feminine detailing was offset by more severe finishes, like jet black embroidery and striking black and white bands of fabric, topped off with vertiginous heels. The show came to a close with the sort of tulle showstoppers that have become Valli’s signature (well, it is couture, after all), with huge Disney Princess-style trains in both candy pink and black. 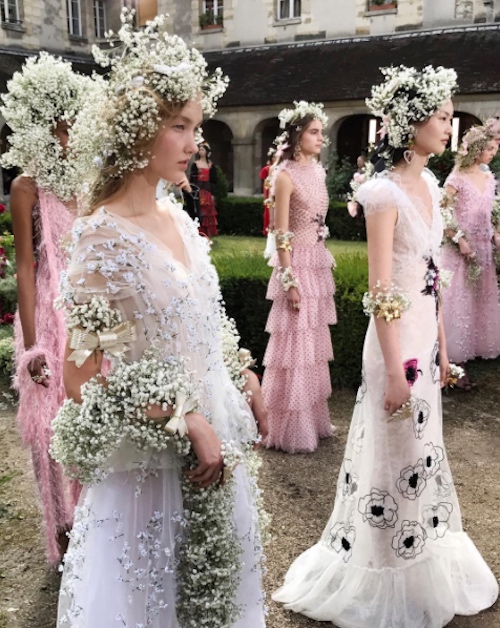 The ethereal theme continued over at Rodarte, where the models’ hair, draped in flowers, almost outshone the exquisite gowns. Florals were, again, key to this collection. Alongside all the creams, nudes and blush pinks, there were pops of unexpected colour – something we don’t often see from the Rodarte sisters – and interesting feathered detailing also stood out. The collection opened with ‘tougher’ looks, featuring studded leather trousers (which were worryingly low-rise – let’s hope that this look doesn’t doesn’t catch on) and crop tops, and it progressed in to more typical couture: all flowing skirts and romantic embroidery. 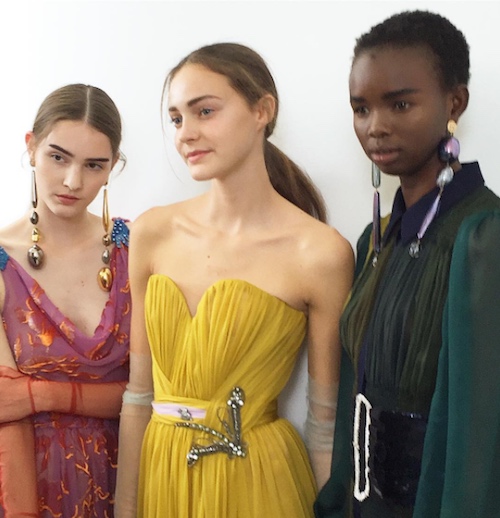 Despite being tasked with masterminding a winter couture collection, Schiaparelli designer Bertrand Guyon decided to take a different route and bring as much bright colour into this collection as possible. But it was a success; by the end of the show, everyone was convinced that magenta is actually totally appropriate for the colder months (and why not?!). The designer told WWD that he wanted "something more light, young, with freshness," and he delivered it through swathes of gauzy fabric, delicate fan pleats and multicoloured chiffon. It was a beautiful collection but, arguably, some of the airy cuts weren’t the most practical of choices for winter dressing. When you can afford couture, though, it’s not as if you’re likely to be hanging around outside in the cold much, anyway.

Read More Is there truth in the cost-per-wear argument? 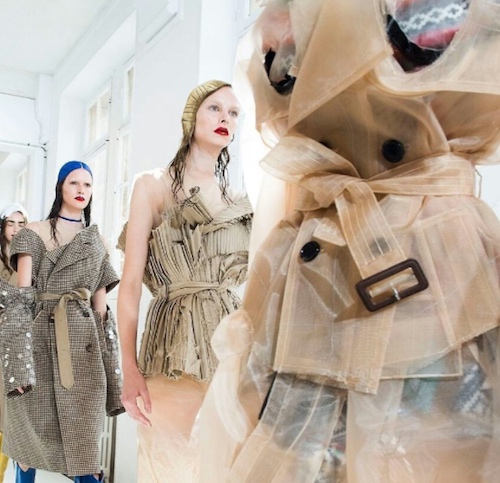 Some of us struggle to get on board with John Galliano following the anti-semitic remarks that culminated in his very public dismissal from Dior. However, although his personality might leave you with a bad taste in your mouth, if you are able to mentally detach the man from his work, you can’t deny that his clothing is exquisite. Galliano is all about drama and detail, so his work at Maison Margiela comes into its own during the couture shows. Here, outdoorsy gear, like trench coats and skiing garb, was given a couture twist. Voluminous coats were slashed open mid-arm, and belted messily at the waist, while opulent metallic embellishments, lip rings, and large panels of inky, sheer fabric added a dose of after-dark glamour. 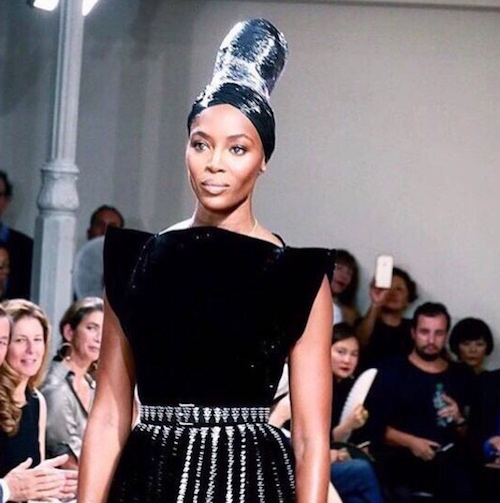 Two things stood out at the Azzedine Alaïa couture show this season. Firstly, Naomi Campbell opened it. Secondly, it was the first time in six years that we’d seen couture from the house of Alaïa. The collection honed in on the carefully sculpted brand of sensuality that Alaïa has made his namesake. There was a hint of the 60s in the collection – conveyed through wide-collared jackets, oversized buttons, short hemlines and stark primary colours – but we were also treated to beautifully romantic pieces like pleated and tiered A-line skirts, some showcasing subtle touches of florals. Well worth the six-year wait.