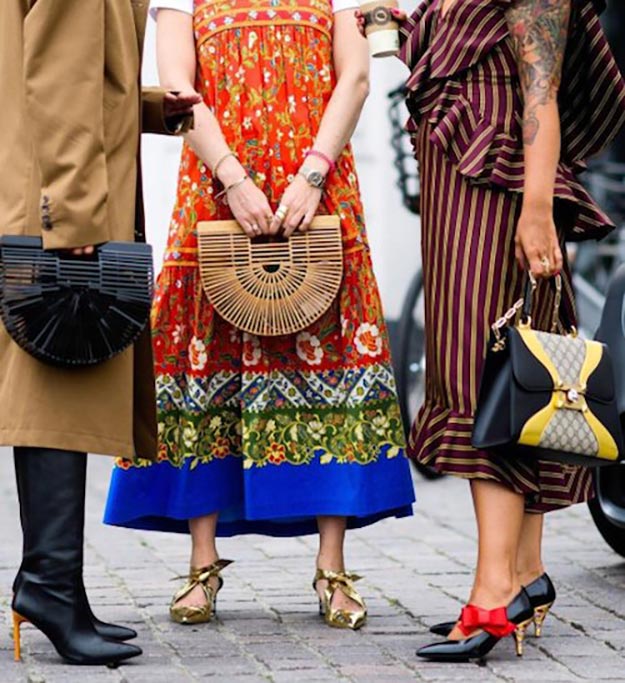 How To Wear The Extended Sleeve

Blame Instagram and Pinterest, the normcore movement (remember that?!), all of those lifestyle blogs about minimalistic living – blame whatever you like – but, for some reason, the popularity of stripped-back Scandi style has boomed in recent years. And, in turn, so has Copenhagen Fashion Week.

We’ve rounded up some of the standout shows for you. Looking to master Nordic cool? Take note. 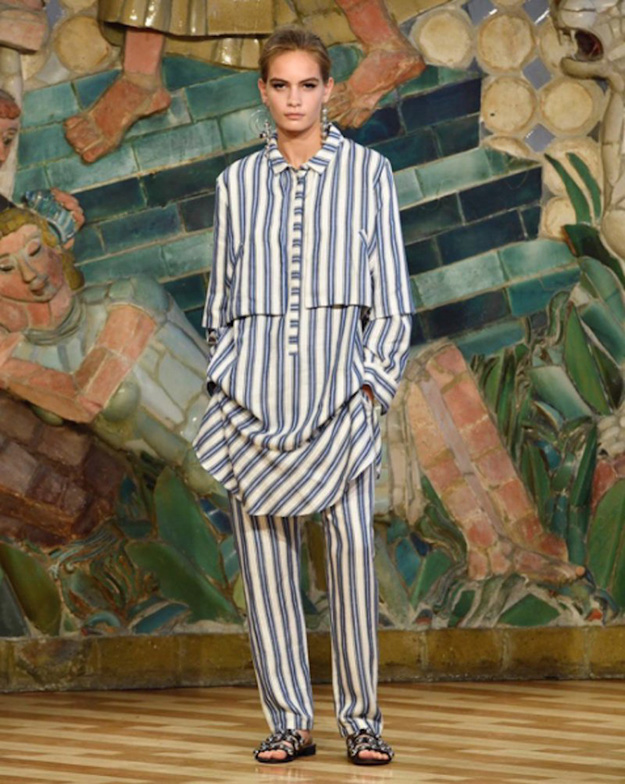 In particular, she honed in on the wide, woven stripes that they wore around the house, and this culminated in a collection rich in nautical-look prints, slouched silhouettes and utilitarian-look items like aprons skirts, juxtaposed with structured cocktail dresses for the evening. 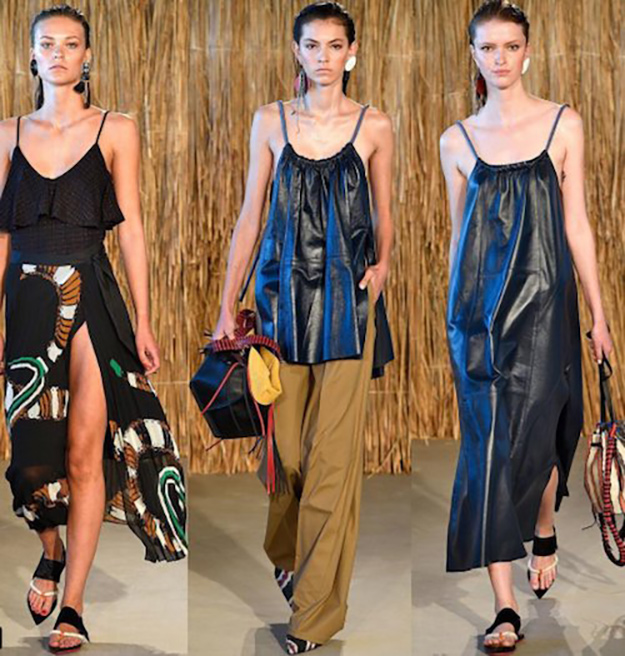 One of the biggest labels on CHFW’s books, By Malene Birger is always a highlight of the week. This season, creative director Christina Exsteen moved away from her beloved architectural-inspired silhouettes and instead offered something a little more playful and free-flowing. Well, it is spring/summmer after all.

Cited in the show notes as a ‘love letter to SÃ£o Paulo’ – think lots of swooping kaftans and relaxed silk dresses and blouses, coupled with splashes of paintbox prints. There were plenty of black pieces and leather tops and dresses, too, for the monochromatically inclined Scandi babe. 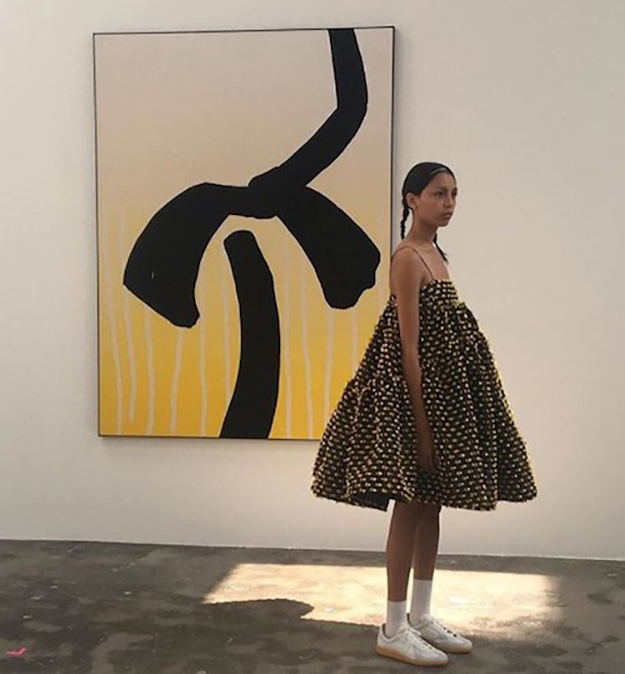 Fans of flouncy femininity will have found much to love in the latest collection from Cecilie Bahnsen, who chose Galleri Nicholai Wallner, a contemporary gallery, to display her own works of art for SS18.

This collection was all about exaggerated shapes, short hemlines (the entire show only featured one long dress) and an playful mood that borders on the girlish – but not in a bad way. If you’re a fan of Simone Rocha, you’ll probably be into this rising star’s boundary-pushing designs, too. 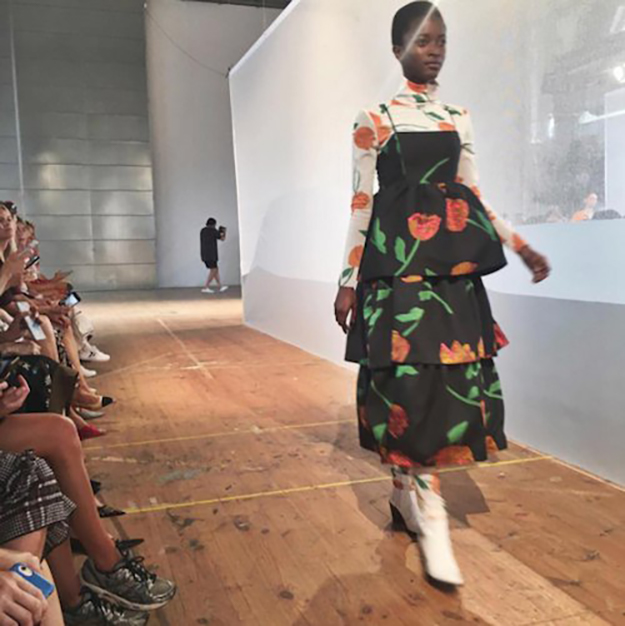 Why Everyone Wants Gucci

Despite opening up a ‘Fruit Shop’ pop-up for CHFW, Ganni‘s SS18 collection was surprisingly low on the fruit imagery that it burst into the UK fashion market with. This collection, entitled ‘Global Citizen, zoomed in on florals (for spring? Groundbreaking!) set against inky backgrounds for a dramatic colour pop. 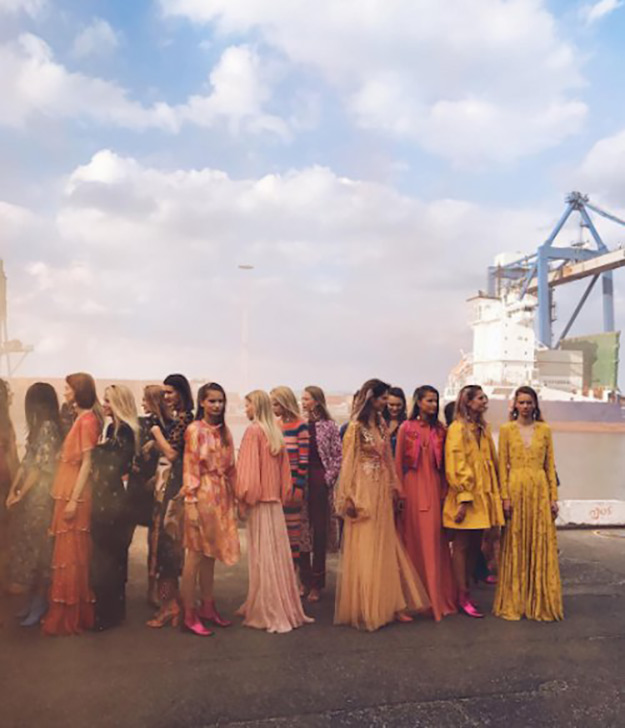 Set at the Faurschou Foundation Art Gallery, this show wasn’t just about the clothes but about the performance, and about the scattered art installations that complemented them. This collection was rich in sunkissed hues, like burnt orange, dusty pink and mustard yellow, which served as a backdrop for romantic dresses adorned with ruffles, tiers and pleats. Very Instagrammable.