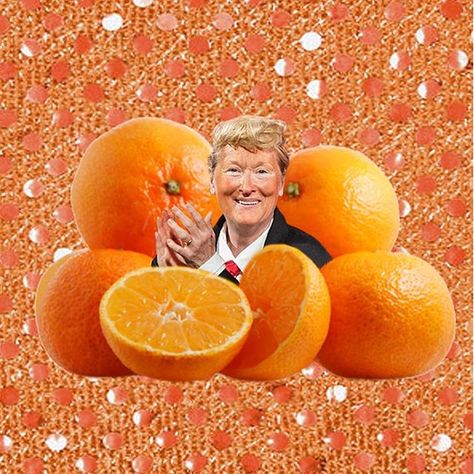 | After her poignant speech at last night’s 74th Golden Globes, we can’t hide how much we love the iconic all singing, all dancing Meryl Streep.

It’s safe to say that Meryl Streep isn’t just an American national treasure. She’s a fully fledged world-wide gold mine! Over the years, the three-time Academy Award-winner (with 19 nominations too) has portrayed so many interesting and versatile characters that it’s hard to choose one favorite, especially when her off-screen role is this bloody inspiring too. I mean, did you see this drop the mic moment from her acceptance speech at the Golden Globes last night?!

Let me give you a moment to take that in. That, my friends is how to keep it classy, while knocking someone down a peg. You may have picked up on who she was reffering to, but what you may have missed was her Doubt costar Viola Davis’s heartfelt introduction before picking up her Cecil B. DeMille Award:

I mean, she’s right. How could anyone not love her? If you think about just how easy it would be to become arrogant in Hollywood. You know, ever after being the most nominated actor in the history of time, Meryl has never let success get to her head. So on that, and after last night’s spectacularly poignant note, we thought we’d reflect on a few of the many reasons why Meryl Streep is just simply amazing.

Brains, beauty, she’s got it all.

Meryl received her bachelor’s degree from Vassar then followed that up with a master’s from Yale. She’s even received honorary doctorates from three different schools, among them are top of the leagues Princeton and Harvard. Is there anything she can’t do?

Girl or woman, age ain’t nothing but a number.

Before "Into the Woods," she avoided accepting witchy old woman roles. But now she’s totally cool with it: "I just thought that it was emblematic of what Hollywood thought of women who pass a certain age: that now they are old crones. It made me mad, so I didn’t want to do that or play into it. Now, it’s age-appropriate. I am an old crone." She’s also flawlessly portrayed older women in films like "It’s Complicated". You do you boo.

She keeps it real.

With a prolific and seemingly never-ending acting career, it’s no surprise that Meryl Streep can dish out some major and insightful truth bombs like: "I’m curious about other people. That’s the essence of my acting. I’m interested in what it would be like to be you."

We can’t get enough of Meryl’s positivity and passion in empowering her fellow women. Not only has she funded a writing lab that supports female writers over the age of 40, but she’s also signed an open letter to help end worldwide poverty among women, and has been a friend and mentor to a number of her peers in Hollywood. Plus, who could forget her reaction to Patricia Arquette’s call for gender equality in Hollywood during the Academy Awards? Her positivity towards her fellow ladies is never-ending. And Streep knows how much we appreciate it.

Keep Bleeding: On a New Type of Contreceptive

Although her standout career has taken her on this amazing adventure, she still makes time for her family. She managed to balance work and raising a family by choosing films that let her stick close to home. We’re still crossing our fingers and hope that she’ll adopt us. Maybe one day, we can hope! "People say, ‘When you have children, everything changes’ But maybe things are awakened that were already there."

There’s so many more things I could list when writing a love letter to one of the most incredible woman in Hollywood, but really I think the list will continue to grow as she inspires. All I know is Hollywood will be SCREWED when they try cast the lead in the Meryl Streep story! Here’s to another year of Streep! What’s your favourite moment, tweet us over on @fashionfixdaily.