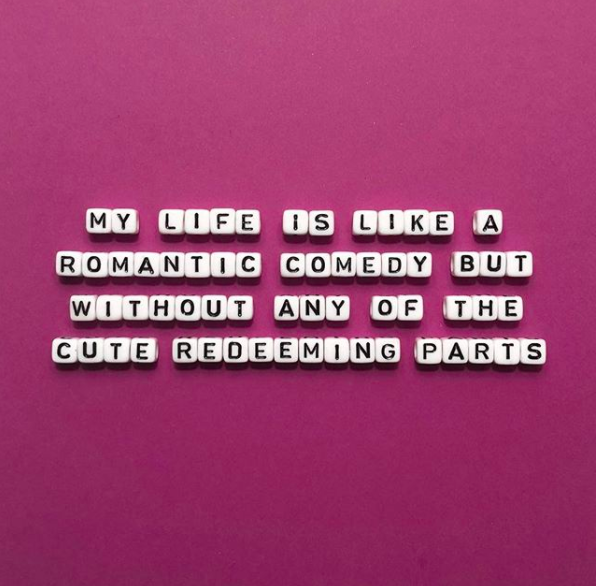 Due to the high volume of hilarious dates I seem to have had, I often get asked what my most ridiculous one has been. And there’s never any hesitation in which story I choose to tell. Grab yourself a cuppa (or a rum and coke may be more apt), sit yourself down on a comfy seat and ready yourselves for my first (of many) dating disasters.

It had been a couple of months since I split up with my long term ex, and the time had come. This Tinder virgin downloaded the app and started swiping. I was living in Melbourne at the time and after seeing who was on offer, very quickly questioned why I hadn’t been single a lot sooner. Oooft. I started talking to, let’s call him Tom, a 25 year old tradie who liked diving, playing bass and chilling out with his dog Oakley. He too had not long split up with his ex, so it worked perfectly. We were both down for some casual fun times with a friendship, but nothing else attached. And apart from the incident where he told me that he ‘doesn’t do chick blowies’ – winner for most ridiculous and most Australian way of attempting to get out of going down. An attempt that was never, ever gonna fly whilst he was sleeping with me – everything was going swimmingly.

Until one fateful night. Tom had mentioned a few times during our hangs that his ex still pestered him and obviously hadn’t gotten over him as quickly as he had her. But, she knew about me and there weren’t any secrets between any of us. Or so I thought.

I had gone down to Tom’s house for the weekend to get my fix of chick blowies and watch his band play at the local pub. Pre-gig Tom, a whole group of his friends and I were having a few drinks, laughs and a generally good time. And then his ex walks in. On her own. And walks over to our table. Why on Earth she would voluntarily put herself in that situation, I do not know. She knew Tom’s band were playing that night, she knew I was going to be there, she must’ve known that this was not a good plan of action. But there she was, this wee 21 year old, standing there literally shaking from anxiety and trying to make conversation with us.

Now, me being me, I of course just felt really fucking sorry for her. My heart genuinely went out to her. And me being me, ended up spending the whole night taking her under my wing, attempting to bestow upon her some life advice about moving on from exes, whilst missing Tom’s whole set and tanning a copious amount of rum to deal with the situation at hand. Ironically the ex seemed to only need tap water to cope.

The clock struck midnight and just like Cinderella, the ex dashed off into the night. Or at least, outside of the pub to have a cheeky spew. So I went to go check on her, my new protégé, to make sure she was okay. I was a bit stumped, she hadn’t been drinking, so was slightly concerned that she was vomming everywhere. So I asked. She said she didn’t want to talk about it. And I explained that she can talk to me, we’ve unexpectedly bonded tonight and if there’s something wrong then I need to get her some help. And eventually she told me the words a very rum induced Iona was not expecting.

The Food Trend We Love to Hate: Rise of the Flexitarian

Yeah. That actually happened. My first Tinder experience ended in the ex girlfriend telling me she was bearing the child of the guy I had been seeing for the last month.

But oh, the story doesn’t end there. I obviously immediately called things of with Tom, ignored his pleas of ‘she’s making it up’ and started exercising my swiping thumb once again. However, a few months later I realised that my young student wasn’t as daft as I initially thought. I found out that she actually, really never was preggers. There was no bastard child in her belly. Zero buns in her oven. The puking? It was uncovered that she’d had bowel issues for ages, making her sick at random times. Not because she was up the duff. She made the whole thing up to split up Tom and I, and she was successful. And maybe it’s because I spent a drunken night teaching her the ways of the world, but pulling that all off? I have to, grudingly, admire her for her sheer will. She deserves a gold star.

Worst Tinder deflowering in the history of online dating? Have you had worse? Tell me all! And we can bond over, not the imaginary unborn child of your ex, but our hilarious in hindsight dating disasters!

Email me your dating disasters – Relationships@FashionFixDaily.com