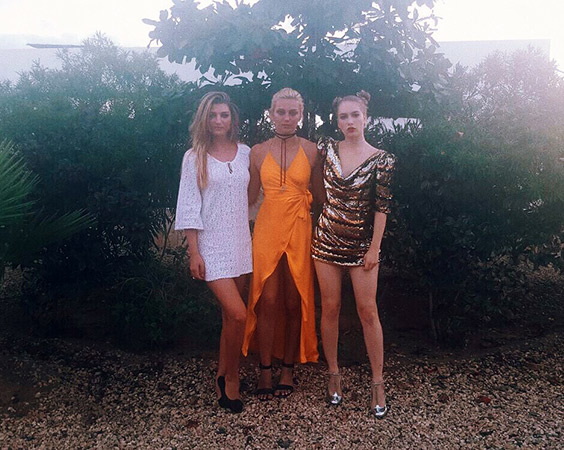 It’s the final!! I’m genuinely shaken to the core that the final episode has been and gone, it’s quite a nice feeling being able to close a chapter of your life! Especially seeing as we wrapped filming such a long time ago now.

I have to say though, the response to the show has been amazing and I can only speak for myself but receiving all the messages, drawings, tweets and just general positive vibes from everyone is unlike anything I’ve ever experienced, so thank you to everyone – especially if you’ve been keeping up with this weekly column!

So our final three girls got to do their naked shoot this week! I couldn’t believe it, even my chaperone for elimination didn’t know this was happening! I believe about half the crew knew so it was a real surprise! I was so jealous though, especially seeing the pictures back as they’re all absolutely gorgeous. Frankly, I think the experience was probably fairly uncomfortable, especially with all the judges barking over each other right right next to the set.

That day, myself and Taullah (we’d renamed ourselves the BNTM side chicks as we’re we’re being given spending money to visit tourist attractions on the opposite side of the island from filming) visited the salt flats the girls had done their Boohoo shoot on. We had such an amazing day, swimming in the sulphur lake and covering ourselves with the clay – that’s supposed to work wonders for your skin – that by the time we arrived back at our apartment we were completely floored from the Sun and both took a nap. Next thing I knew, our chaperone was waking us up to say Alannah was arriving in a mater of minutes!! I genuinely thought I was still asleep so carried on snoozing until she actually came bursting in and jumped on me. At the time I was GOBSMACKED and honestly, after seeing the final images from the nude shoot, I still am! I couldn’t believe she hadn’t made it to the final but was glad to have her back so we could enjoy laying out in the sun, drinking cocktails together.

What made it more fun was that the three of us got to attend the final runway, it was an amazing evening filled with glamorous guests and champagne! I remember thinking Jen was going to win because she looked so serene on the runway but after watching the episode I realised how much hard work Olivia put into it. It was so surreal that the experience was ending and even stranger to watch it back but seeing Olivia be announced the winner made me swell up with pride, she honestly deserved it – the girl is beautiful inside and out and will have the most incredible career ahead of her!

FFD Weekly Fashion Round Up

It’s a little bittersweet to be finishing this column but it won’t be long until Britain’s Next Top Model is back on your screens – they’re filming the next series right now!!

I hope you’ve enjoyed the series as much as I have and please keep up with me on social media across all platforms though my handle @bntmsimone!