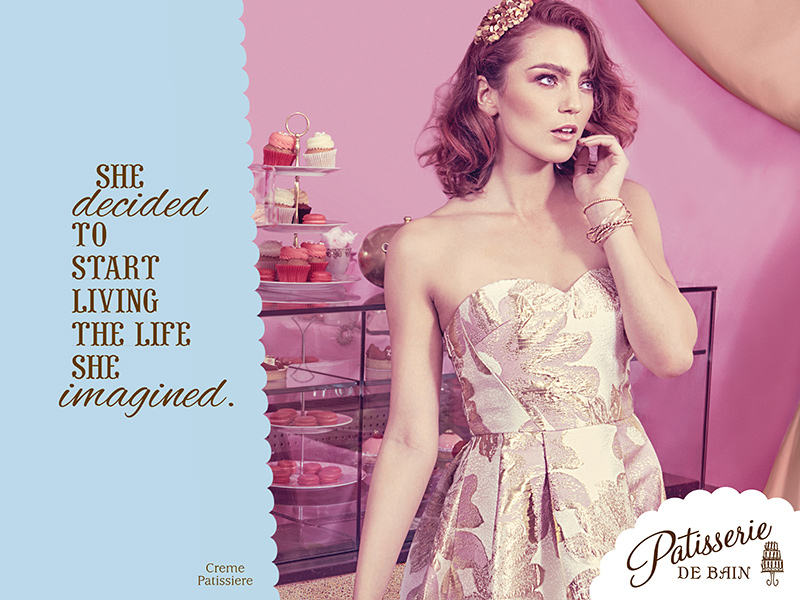 Happy Birthday To A Trainer – 30 Years Of Nike Air Max

Hey guys, I hope you all really enjoyed last night’s episode of Britain’s Next Top Model! We’re starting to get into the real competition now after our free pass from Abbey last week. The pressure was definitely on as we headed to our first photoshoot.

We were picked up in the B Bakery bus from outside our Hackney apartment and taken on a tour of London which was really cool because the majority of us hadn’t seen a lot of the sights. After such a nice start to the day we were definitely all thrown into the deep end. We were taken to the downstairs area of the Cafe to get hair and makeup started whilst being briefed on the scents from Patisserie de Bain we would each be embodying.

Myself and Anastasia were given Crème Patissière and our ‘character’ was a very elegant, fairytale style princess. I remembered being so nervous as I was the tenth girl to head upstairs to the set, I was definitely getting in my own head – I’m not exactly a girly girl! I was thankful to have Bianca there to calm my nerves, we’d already begun to form a really strong friendship and she kept me on the straight and narrow.

Watching my shoot back was really cool as I was able to hear the brand’s feedback along with Paul’s, it turns out I’d had plenty of frames for them to choose from. It was definitely the confidence boost I’d needed to hear on the day, that I’d got the shot within the first two frames.

The shoot didn’t go as well for some and as we were all kept in the hair and makeup area for the entire day tensions had  started to arise between some of the girls. That being said I was a little surprised to hear Eleanor in the green screen saying that she felt a divide between the older girls (meaning myself, Alannah and Bianca) because although I was closer to certain girls I didn’t ever feel a split between any of the girls in the house. But in hindsight I realise that may be to do with being a few years older and having slightly more life experience.

Having slightly more life experience certainly didn’t help me out in the next challenge! We had to blog for three minutes straight about random objects in a bag in front of TOWIE’s Ferne McCann and blogger Sarah Ashcroft, I thought I was going to do really well, after all I’m a naturally talkative person but when I was up there in front of the girls my dyslexia really kicked in and my brain just STOPPED! I was absolutely gutted afterwards – to the point of thinking I would be going home! To be honest I’m not surprised Ferne called me ‘dull as dishwater’!

I remember feeling a pang of jealousy when Eleanor was announced the winner of the challenge because I was rooting for Bianca! It would have been great to go out for some cocktails with my new little gang! It is important to lift each other up and in the end I was happy for Eleanor, I think she needed the confidence boost after Cosmopolitan’s FashFest and she really did deserve it.

Elimination day came around and I was nervous as per usual but ended up being called out as safe third. However it felt weird going home to Hackney knowing my roommate Victoria was in the bottom three. She returned home with Talulah-Eve that evening and although it was sad to see Anastasia go home I was glad my friends were safe.

Unfortunately the night took a sour turn, myself, Alannah and Bianca had decided to have a chat with Talulah-Eve about staying focused on the competition – especially after Alannah and myself had been shaken by a difficult challenge. I don’t think the timing was right as Talulah-Eve had just come home from elimination and did end up getting very upset. BUT at the end of the day we needed to focus on the photoshoots and challenges, It’s a competition at the end of the day. Watching her upset in the green screen was hard though because it’s never nice to upset anyone and looking back our conversation looked as if it came out of the blue! It’s worth bearing in mind that our week is condensed into a forty minute episode so if anything looks out of context it’s generally because the majority of it had been cut due to time restraints. I was glad we spoke to her because we had a big week coming up!

Make sure to tune in next week for MAKE-OVERS (the best episode of any Next Top Model series!) and if you want to know a little bit more about what eliminated babe Anastasia has been up to since the show you can catch the interview I had with her on my blog