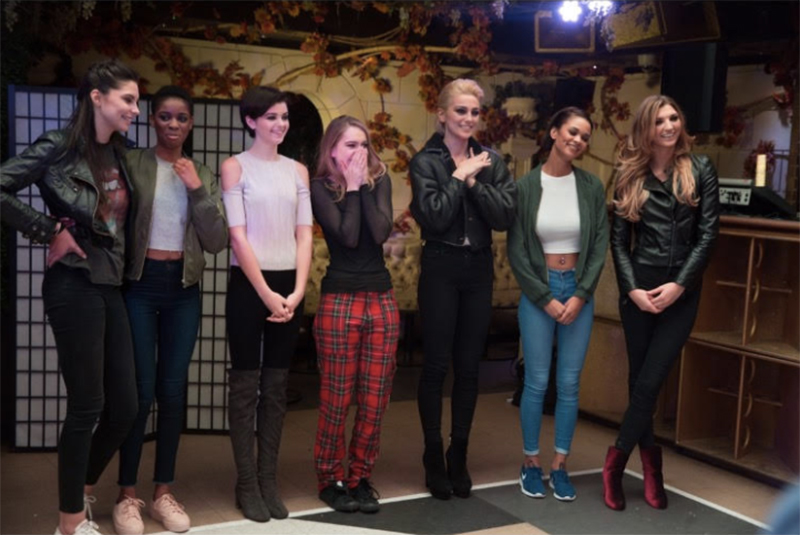 Must Have Novelty Bags for Summer

I have to say, that last episode was an absolute roller coaster for me! I really find it quite difficult to watch myself on television (it’s like the sensation of hearing your voice recorded x1000) so the fact that I was quite prominent this episode was a little surreal. I know that seems ridiculous seeing as I’ve signed up to be on television but I don’t think it’s something anyone gets used to but anyway, let’s get into it!

After two girls leaving last week the house felt really quiet but we set off to our weekly challenge and arrived at Bluewater shopping centre for our challenge with Dorothy Perkins. I meaaaaan, this challenge was so much I could hardly contain myself! We were let loose on the store with individual briefs to create a look then act as mannequins in the shop window while being judged by a panel that included a few familiar faces!

Meeting Chloe from last years Cycle of the show was amazing, she’s a gorgeous girl inside and out and I thought she was very fair with her judging. Although I didn’t win the challenge I came close and was thrilled with Farah, the editor of Cosmopolitan UK, saying she wanted to go on a night out with me! Jennifer absolutely deserved the prize and she bought the most gorgeous clothes thanks to the generous people at DP.

The next day was way more up my alley, we were woken at 6am by the fabulous Abbey Clancy who really put us through our paces! We ran to a nearby park where the KO8 boys thought us some amazing TRL moves. It was so nice to get out of the house and actually get some good endorphins running through our veins. It wasn’t actually shown but we competed in a gauntlet style game where we had to race and it was so much fun, the boys were such good sports and really treated us to a challenging but fun day.

After the next model mail we knew it had to be a photoshoot as the challenge was already under our belt for the week. We arrived at the Cuckoo Club (a favourite of mine, now I live in London) and discovered we would be shooting for Daisy Dixon – such a cool watch brand. The real surprise was yet to come as we headed downstairs and there were BOYS! At the time myself, Bianca and Alannah were the only single girls so we were especially excited. I was first on set and had a great time, there was a fantastic energy and I was really feeling myself with that quiff and the smokey eye! Despite everyone looking incredible and producing gorgeous images, the brand liked my girl Alannah the best and she, along with Jennifer, was allowed to choose one friend to participate with them in a catwalk at a celebrity party for In The Style. This screamed PLOT DEVICE as Bianca, Alannah and I were a trio but she ended up choosing me and we had the best night walking in a fast paced show in front of the Geordie Shore, TOWIE and Made In Chelsea stars. I’ll never forget this night, it was such a highlight for me.

Nothing last forever though and my fabulous week was about to crash to a halt! Elimination was upon us again and although I felt confident I knew Bianca did not and my stomach sank as Alannah and I had to leave her behind and head home to the model apartment. I genuinely expected her to walk through the door though and I think it’s plain to see by my reaction that I was devastated. I never expected to create such strong and meaningful friendship in the house but I really did and although watching my reaction to B’s elimination does seem melodramatic now I was heartbroken at the time – I kind of wanted the experience with my two besties to last forever.

Tune in next Thursday at 9pm to see if I handle the pressure without my wifey/in-house-support-system!