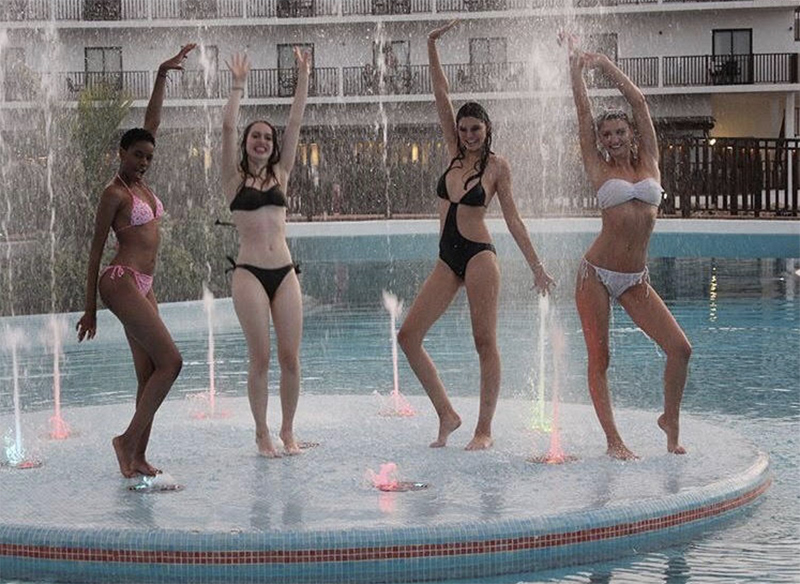 Hello from Berlin everyone!

Who enjoyed last nights episode? To be honest, I loved it! It was so nice to watch as a ‘viewer’ and not be riddled with anxiety for the entire episode.

It was nice the episode started off with Alannah saying she missed me, sort of funny seeing as I was literally just at the other side of the resort! Being eliminated abroad was strange as it was sort of like being stuck in a gorgeous, sunny, all-inclusive limbo. It was a real shock to the system to be ‘in the loop’, what I mean by that was I could finally ask what was going on and not be given a vague answer. I was thrilled to learn the next shoot was going to be bikinis on a boat because I knew Alannah would kill it!

Honestly, I was pretty happy to skip out on the experience because I get horrifically seasick! I had a lot of empathy for Jennifer because I knew I would have been in the exact same boat (get it?) however watching her was amazing – Jen has an amazing work ethic and did so well! I was absolutely howling at the four of them trying to work out what a catamaran was though!

The next day however was a different story, I would have given an arm and a leg to be in that Boohoo promo video and think I would have smashed it! Again I thought Jen stole the show. I had a pretty funny moment with my ‘chaperone’ Liv while we were walking to dinner as the girls were just arriving home from the shoot and we had to run away so they wouldn’t see us… very incognito!

After watching the final four’s Boohoo video back I do think that it’s probably a lot harder than it looks to appear natural and you can definitely tell they’d loosened up by the end of the day – the scene with them dancing on the salt flats was GORGEOUS!!

I think next weeks episode will shock a few people, I’m looking forward to it! You may even see a familiar face in the episode! Let me know what you all thought of the episode, don’t forget you can tweet me @bntmsimone