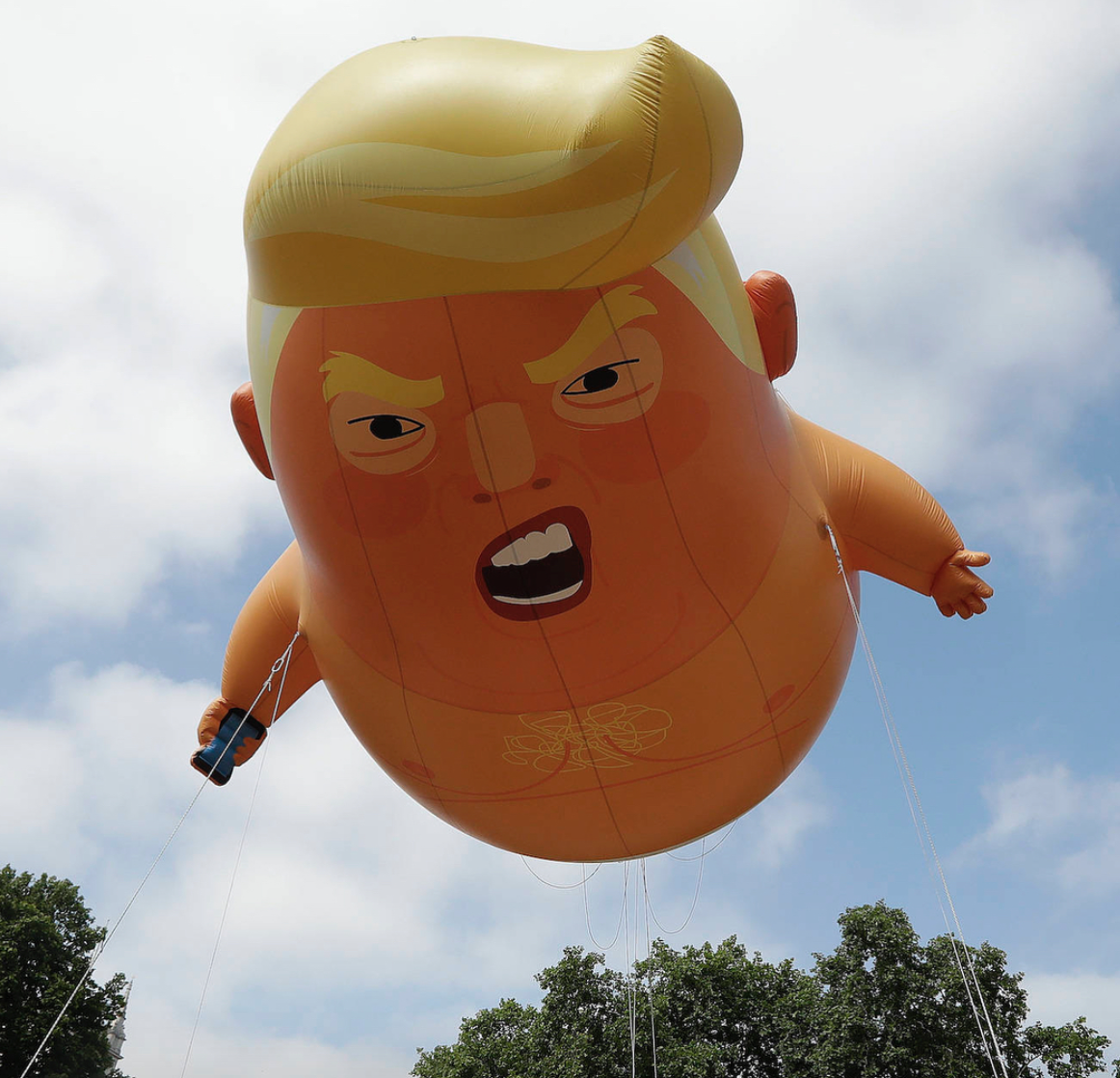 Well, he may be headed off back Stateside but I think it’ll be a long time before Presedent Trump forgets about his state visit to the U.K!

Over the course of their "working visit", they dined with Prime Minister Theresa May at Blenheim Palace, met with the Queen at Windsor Castle, before heading up to Scotland where he was greeted with more than just a giant floating baby!

With the huge protests held across the country, thousands of Brits came out to show the US President exactly what they think of him and his erm, "policies". Many of the protesters went for the simply read “Trump not Welcome”, “#DumpTrump” or the classic “Choose Love". But others Brits chose to show our unique sense of humour at its finest!

Check out some of the funniest and best protest signs from across the U.K. below.

The #Edinburgh protest is wrapping up, but some context for why @POTUS is so controversial here. Scots have been battling Trump for years over building golf course on protected dunes in Aberdeen, trying but failing to block an offshore windfarm & displacing locals /1 pic.twitter.com/40rO1JTY7A

My adopted home city did me proud today, a wonderful celebration of free speech. Decided to protest in some Scottish vernacular! #edinburgh #TrumpProtest #BlackLivesMatter pic.twitter.com/CiZXOQRVZz

Day In The Life Of: The Fashion Hackr

The handmaid on the left, Angela Wardbrown, traveled from Winchester to attend today”™s protest. Totalitarian regimes, like the one on the hit show, “have their roots in some of what Trump”™s doing now,” she said. “It”™s endemic.” pic.twitter.com/Zxszg9rgtD

I love it when the Brits get angry!#TrumpProtests #Trump pic.twitter.com/MAHpt1yTAK

It”™s exactly what you think. Crumpets Against Trump. #TrumpProtest pic.twitter.com/BrpPdc9zy4