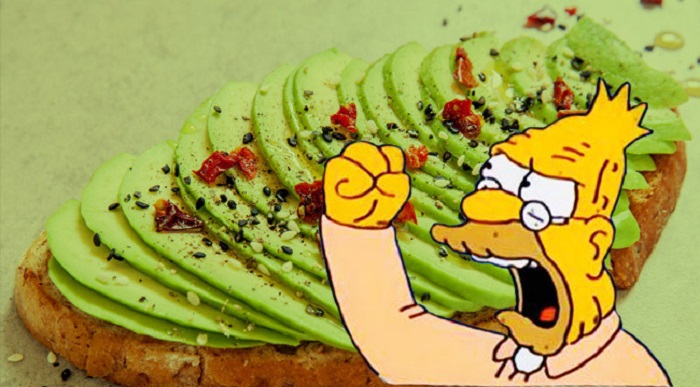 | The phrase "Don’t judge a book by it’s cover", can be applied to the millennial generation. Despite some truth, don’t tar us all with the same brush.


Narcissistic, entitled and lazy, welcome to the game of millennial myth bingo where every week there seems to be a new hot take on why millennials are just the utter worst. Born between 1981 and 1996 millennials are simultaneously to blame for the fall in [diamond sales](https://www.forbes.com/forbes/welcome/?toURL=https://www.forbes.com/sites/rachellebergstein/2017/06/09/millennials-reject-diamonds-prepare-to-start-hearing-a-new-story/&refURL=https://www.google.co.uk/&referrer=https://www.google.co.uk/), the dip in the [housing market](http://uk.businessinsider.com/millennial-homeownership-lower-2017-6) and single handily destroying the [soap industry](https://www.marketwatch.com/story/here-are-all-of-the-things-millennials-have-been-accused-of-killing-2017-05-22). Millennials are a generation of precious snowflakes raised on participation trophies and social media. Young people? Young people are the worst.

Older generations critiquing younger generations isn’t exactly treading new ground. However millennials somehow seem to be collectively ushering in the end of civilisation– probably planned over their brunch over avocado toast (naturally) with a selfie stick in hand. The revolution will not be televised but orchestrated from the comfort of a smart phone. They’re set to be the fattest generation yet. They job hop. They are addicted to instant gratification and online validation. Critiques of millennials seem to cover everything from the bedroom to the economy, to the big old bag of worms that is identity politics. But how much truth is there in the millennial myth?

Millennials are a bunch of digital natives – brought up on the internet for all the perils and pitfalls that brings. Yeah, sure we could do with some more time away from our screens but this interconnectivity is being used for everything from creating art, building businesses, inciting social change, and yeah –for selfies, sex and everything else in-between. None of this inherently bad on its own – technology isn’t built with an ingrained moral compass after all. It’s what we do with it that counts. Our use of technology has seen campaigns for the living wage to calling out sexual predators. It’s made it easier to find new music, new art, new things to obsess over and fall in love with – and as many people who are into the same weird wonderful shit that you are.

The idea that millennials are lazy feels in itself, well, lazy. More of them are going to and graduating university than ever before – though this isn’t always translating into actual jobs. They’re simply better educated, but worse off. And that can be down to a mix of reasons from people living longer and staying in jobs longer, technology transforming the job market – to more young people starting their own businesses. The work landscape has completely transformed and there are jobs out there that didn’t exist 10 years ago. Millennials aren’t jumping from job to job as much as creating their own. It’s common to have a side hustle or three (hello generation slashy) and there’s a shift from looking primarily for a salary and more towards a better work culture. Millennials are driven. They want to be paid fairly for a job well done and that means challenging things like unpaid internships, zero hour contracts and doing it for the “exposure.” Just because it was done in the past, just because you “paid your dues” doesn’t make it fair and it doesn’t mean that’s how we should treat our workforces going forward.

With the rise of social media though it’s become clearer about the divides in politics. Millennials are accused of being snowflakes who can’t take a joke. But often we’re not talking about harmless jokes here – we’re talking about trying to change attitudes. Millennials may be more sensitive because they are exposed to and part of marginalised communities online. They are exposed to more information out with their own circle and that can mean they are more careful and considerate of the language they use. There’s always going to be a push back with any cultural shift (no one wants to feel like they’re wrong) but it’s about doing less harm, showing more compassion and acknowledging the changes we need to make even if the changes are difficult.

Millennials are accused of being self-involved and shallow and somehow existing in this weird limbo of unearned bravado and publicised nihilism. But really it’s more in a slow changing shift in the way we think about gender, class and culture. It’s meant more open discussions about mental health, shining a light on abusive power structures, tackling period poverty and unfair business practices. Millennials aren’t entitled, they are just asking for us to better, and if you’ve got the access to the technology you’ve got a voice. They use the fact we’re more connected to make the world a better place. As a result, when they fall short it’s all the more public. Our mistakes are online and the internet never forgets. But maybe that’s changing and there’s going to be room for continued growth. The only thing that is certain is change and there already is a new generation of “youths” in the wings ready to take the millennials place. And you know what, maybe the revolution will start from a smartphone, but that’s not such a bad thing after all.