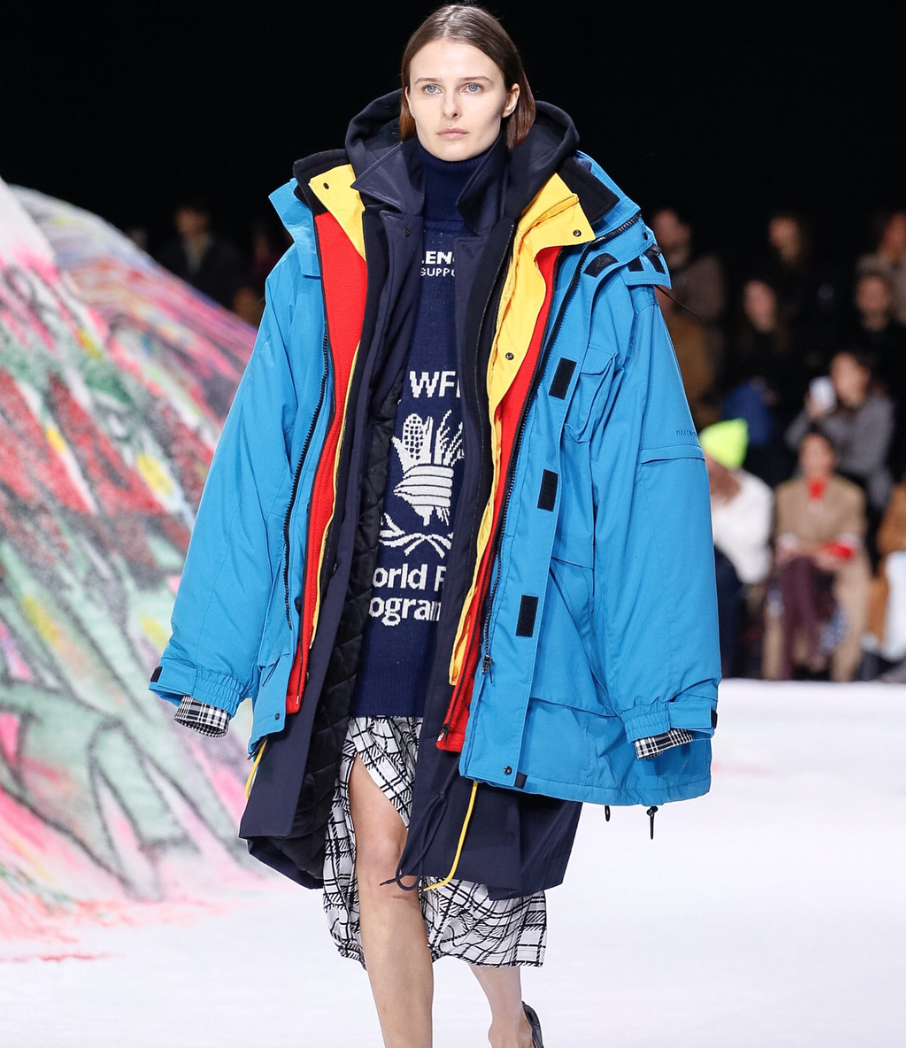 | Balenciaga’s Autumn-Winter 2018 Collection at PFW gave us a glimpse into the future of fashion. If anyone knows the unknown of the future, it’s these guys.

It’s difficult to believe that Demna Gvasalia has only been holding the reigns at Balenciaga for two years, it feels like he’s been churning out his couture spandex and tricked-out dad wares for decades now! Their influence have already crept into most nooks and crannies of every trend and next season is no exception. You can just call him Puff Daddy, or Joey Tribbianni as the case may be!

The postercard for EXTRA, Gvasalia’s artistry and construction really took center stage at yesterdays show. Opening with a series of sharp mini-dresses “” some in crushed velvet, others in what appeared to floral-patterned silk “” as well as wrap-dresses that would make Tonya Harding jealous. Which led way to oversized hourglass silhouettes, in which coats, suit jackets and heavy blazers marched out in en vogue patterns like plaid, houndstooth and check, the likes of which have "faithful Net-a-Porter shopper" written all over. Oh and did I mention all were worn at once?

In true Balenciaga form there were the graphic, oversize hoodies and tees “” a Gvasalia specialty “” though this season, the pieces came with a charitable twist: Many of the cotton styles bore the the World Food Program logo, an organization for which Balenciaga has already donated 250,000 euros, as well as pledged "10 percent from every Fall 2018 item sold," in addition. It’s bloody about time too.

Watch the full Balenciaga show below.