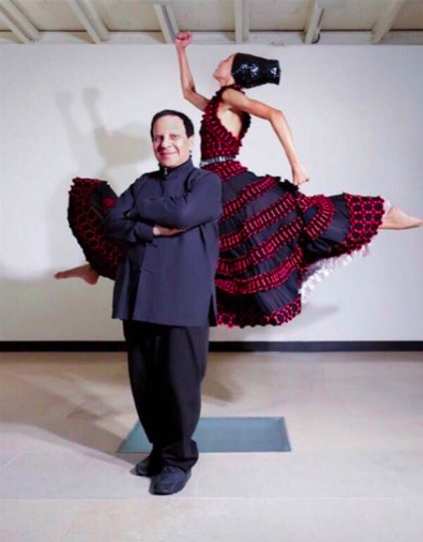 The famous French-Tunisian couturier Azzedine Alaïa passed away on Saturday, November 18th, at the age of 77.

The designer worked for Christian Dior, Guy Laroche and Thierry Mugler before his first RTW in 1980.

Revered for his independence and passion for discreet luxury. Alaïa was a firm favorurie of many icons, including Grace Jones, Tina Turner, Raquel Welch, Madonna, Janet Jackson, Brigitte Nielsen and Naomi Campbell.

Catherine Lardeur, the former editor-in-chief of French Marie Claire in the 1980s, who also helped to launch Jean-Paul Gaultier’s career, stated; "Fashion is dead. Designers nowadays do not create anything, they only make clothes so people and the press would talk about them. The real money for designers lie within perfumes and handbags. It is all about image. Alaïa remains the king. He is smart enough to not only care about having people talk about him. He only holds fashion shows when he has something to show, on his own time frame. Even when Prada owned him he remained free and did what he wanted to do."

What I Wore Wednesday – Blair Eadie

Alaïa was referenced in many movies, most iconically the 90s hit Clueless. When Cher is mugged at gunpoint she shouts – "This is an Alaïa!"

The French-Tunisian designer was something of a fashion rebel, controversially stating that Karl Lagerfeld was a caricature & no one would remember Anna Wintour

"I don’t like his fashion, his spirit, his attitude. It’s too much caricature. Karl Lagerfeld never touched a pair of scissors in his life." – The GROUND Social & Magazine.

"She runs the business very well, but not the fashion part. When I see how she is dressed, I don’t believe in her tastes one second… Anyway, who will remember Anna Wintour in the history of fashion? No one." Alaïa on Anna Wintour.

So what will become of this infamous fashion house without Alaïa at it’s helm? No one is quite sure, but today, the fashion Industry mourns an Icon.