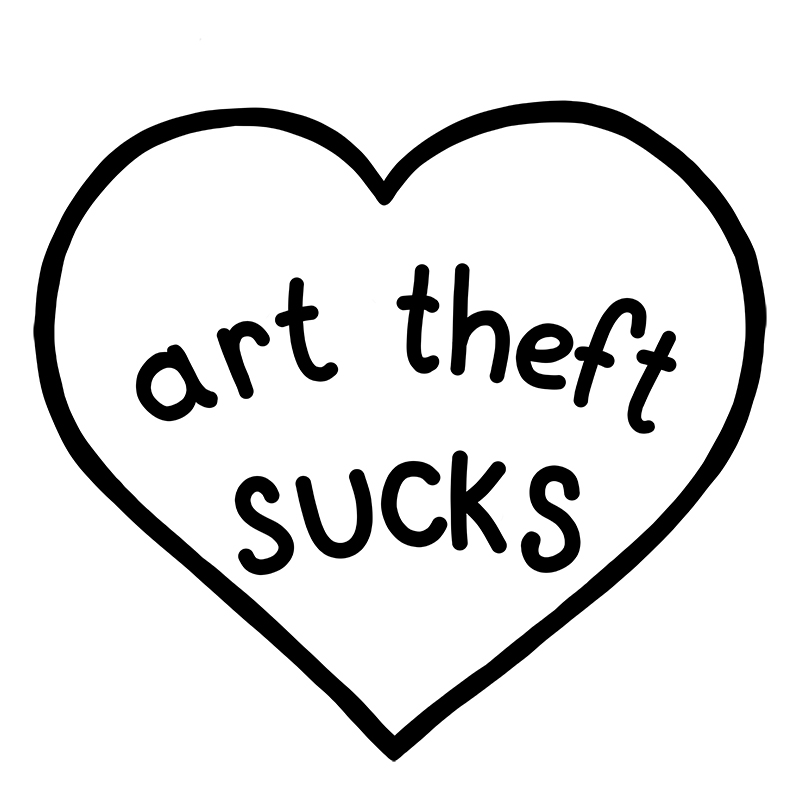 | There are brands such as Zara, New Look & Topshop, that have no shame of committing fashion plagiarism. Abandon Ship Apparel talks about their experience.

There is one simple answer to this; No.

I think we’ve all pretty much established the two most important rules on how to play nice on the internet: 1) don’t be a dick, and 2) if you steal something, take a thing without permission or even giving proper credit, that’s just not cool. It’s not ok for Zara, it’s not ok for New Look and yup, it’s still not ok even if profits are going to charity.

Last week indie brand Abandon Ship Apparel found that one of their most iconic designs "not everything sucks" had been ripped off by the German reality T.V "star" Jan Leyk. Claiming ignorance, then later admitting he did see the tee on a friend before replicating to sell on his own. Instead of asking the friend where he got this happy-go-lucky tee and messaging the brand, he would promote the design as his own and give the profits to charity. A good deed you think? Maybe. But when the artwork is stolen? We think not.

Indie designers every day discover that their work is being used to further something else. How could we forget just last year one of the world’s largest clothing retailers, Zara, was called out for selling knock-off versions of indie artwork, with either minor tweaks, recolors, or total rip-offs. One designer
Tuesday Bassen, brought it to the internet’s attention when she posted a letter Zara sent her. Why? she had hired a lawyer to investigate why they’d decided to steal her designs instead of purchasing them, like they should. I mean, how dare she want money for her creations, right?!

I've been pretty quiet about this, until now. Over the past year, @zara has been copying my artwork (thanks to all that have tipped me off–it's been a lot of you). I had my lawyer contact Zara and they literally said I have no base because I'm an indie artist and they're a major corporation and that not enough people even know about me for it to matter. I plan to further press charges, but even to have a lawyer get this LETTER has cost me $2k so far. ã€° It sucks and it's super disheartening to have to spend basically all of my money, just to defend what is legally mine. š¡ï¸ EDIT: Some of you are asking how you can help. Repost and tag them, on Twitter, on Insta, on Facebook. I don't want to have to burden any of you with the financial strain that comes with lawsuits.

The sad part is that Tuesday wasn’t alone in the so solid plagerised crew. Her friend, Adam J. Kurtz and other illustrators; Big Bud Press, Coucou Suzette, and Maria Ines Gul, were just some of the other artists also robbed by the high st. It was becoming so much of a problem that Adam even made a shop specifically for the occassion! Creating a safe space just for artists who have been oh so publically ripped off by some of our favourite shops in Art Theft Shop. 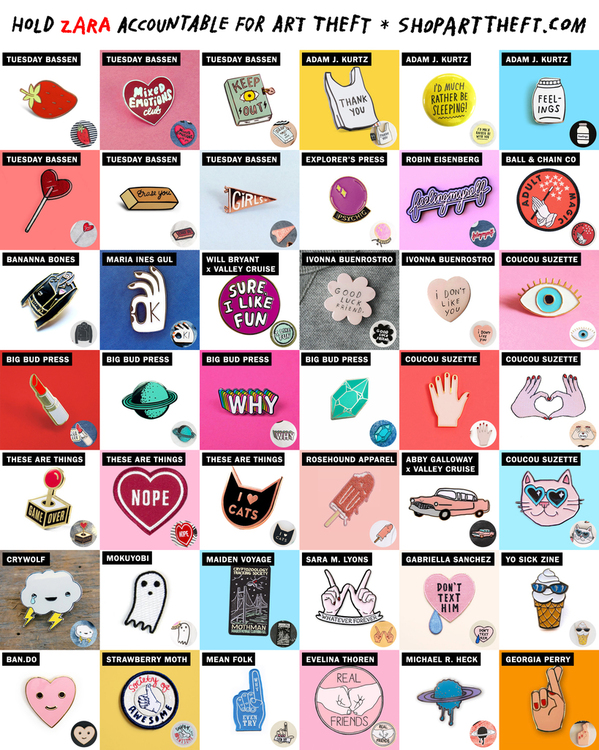 The thing is, art theft just shouldn’t be a thing. You like it? You buy it. It’s that simple. I’m not talking about reinventing the wheel. There are some designs that are universal and escape plagerism. For Abandon Ship example, the ships wheel or the anchor that fit in with branding. But art work is something entirely different altogether. Really, if artists can do such a great job in not coping each other, then surely we can expect the same of our retailers, or our minor celebs for that matter!

Never ones to do things quietly, Abandon Ship decided to rework the stolen Mr Hegge artwork for a brand new limited tee in the name of "Art Theft Sucks". Highlighting the incident and how this happens across the board, the Scottish brand will donate all profits to mental wellbeing charity, Together. After all, Not Everthing Sucks became so much more than a tshirt once it was etched onto hundreds of peoples skin. It’s more than just a slogan tee, it’s a mantra for life, it’s a movement! But it’s theirs.

Here’s exactly what owner, Richard Davies had to say about the situ.

€œA work of art which did not begin in emotion is not art.€ Paul Cezanne

Abandon Ship Apparel is not just a business to me, and is not just a t-shirt company to our community. The voice, the designs, the tone and the message are extensions of my own experience, and I wake up every day excited to share my journey with people who get it. The designs that rattle around my brain when I’m trying to sleep at night are not just cynical marketing strategies or throw away slogans, they are deeply personal. When I first put €˜Not Everything Sucks’ on a t-shirt it wasn’t just a riff on millennial despair, it was a rallying cry to my generation €“ a generation born into debt, pollution, hate and conflict, yet labelled as entitled, lazy or easily offended for trying to better the world they have no choice but to endure. €˜Not Everything Sucks’ became a movement; it became my means to reach out and touch people like me, people who were struggling under the weight of their own existence; it became a way to show each other that we weren’t alone, that someone else cared, and that there were things worth holding onto and fighting for. Such is the power of the message, that over 150 people share the same €˜Not Everything Sucks’ tattoo.

Unfortunately, the weight of that message didn’t travel as far as the creative mind of former €˜reality soap’ star Jan Leyk. Mr Leyk recently released his own €˜Not Everything Sucks’ t-shirt, a direct plagiarism of our t-shirt, and when I politely approached him to point this out, I was met with abuse and the threat of legal action. It doesn’t take the sharpest legal mind to conclude that the thief shouldn’t have a grievance against his victim, but given Mr Leyk’s officially recorded run-ins with the law, he seems to have an €“ at best €“ ambiguous understanding of morality and legality. Mr Leyk seems to think that because the proceeds of his €˜Not Everything Sucks’ t-shirt are going to charity, that he is absolved of responsibility, and it is Abandon Ship who are doing something wrong €“ that we want children to suffer. I would suggest that if he is happy to use someone else’s design to raise money for charity, he might make more money running a €˜Nike’ t-shirt. Perhaps a nice crisp €˜Just Do It’ design might net him more sales. It seems obvious however to surmise that €˜Not Everything Sucks’ has been ripped off not because of potential profit, but because Mr Leyk views Abandon Ship as a soft target.

I believe, quite fairly, that hijacking someone else’s intellectual property is morally objectionable, particularly when the act is defended by aggression or threatening behaviour. But, true to the message of €˜Not Everything Sucks’, I have tried my best to turn the other cheek, and turn this negative into a positive. We are releasing an €˜Art Theft Sucks’ t-shirt with the proceeds going directly to the mental wellbeing charity Together. Pre-orders are on our website at £15. This is not an ideal scenario for me or Abandon Ship, but perhaps it was destined to be. If we can make a sizeable donation to a charity close to my heart off the back of this mess, then maybe in some perverse way I should be thanking Mr Leyk, but I think I’m still blocked on Instagram. Oh well.

If you would like to support the Art Theft Sucks movement you can preorder the tshirt here. You can also visit Shop Art Theft and make sure to support local and independent artists by purchasing directly from their websites.