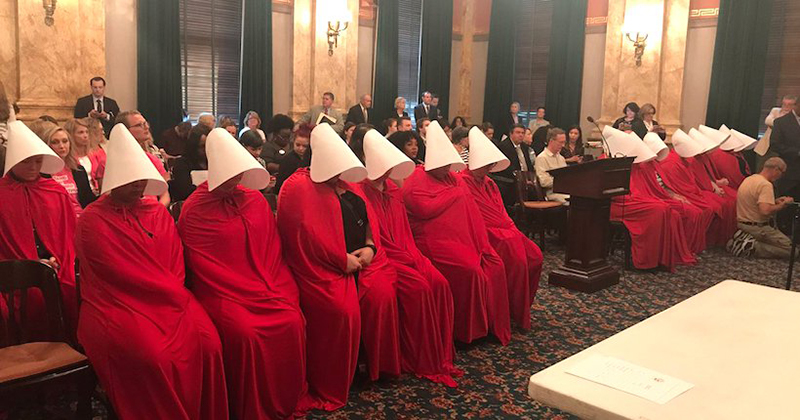 All Tied Up – How to Tie a Tie

| No womb, no opinion. The present day debates of abortion are scarily similar to that of the HBO series.


As the chilling finale of HBO’s Handmaid’s Tale aired last week, fiction is bearing an uncomfortable resemblance to current political discourse – inviting more than a few think pieces bringing Margaret Atwood’s 1985 novel to the forefront. From the Conservative parties so called “coalition of chaos” with the DUP, to America rolling back support for women’s sexual health world-wide and the continuous defunding of planned-parenthood, more of us are asking – how close exactly are we to living in The Handmaid’s Tale?

While presented as a dystopian future in the former United States known as Gillead, Atwood’s classic novel is bearing an increasing resemblance to what is happening within women’s rights within Western society. Women are being told that they can’t and should not be making the decisions about what happens to their bodies by old men that are, here’s the shocker, never going to be pregnant. No womb, no opinion might sound hackey – however, if a group of old white men are the ones calling the shots about women’s reproductive health, maybe there’s something rotten in Denmark.

The Handmaid’s Tale is a terrifying cautionary tale about a future without reproductive rights or LGBTQ rights. Check out this vid from @nowthisher of the stars talking about about why they support women's health and rights. @elisabethmossofficial @yvonnestrahovski @otfagbenle @alexisbledel_ #HandmaidsTale #HandmaidsonHulu #elizabethmoss #nowthisher #video

This week alone it’s been ruled that women from Northern Ireland will no longer be able to access abortions within England. Ireland has some of the strictest abortion laws – with no exceptions made for rape, incest or early foetal deformaty and seeking one abroad has led to arrests. All for wanting to make an informed, safe medical decision. As of November 2016, Nicola Sturgeon proclaimed women from Northern Ireland would still have access to them in Scotland, however after this months shock election, how this will play out remains to be seen. However, I sure hope that Scotland continues to put women’s health, welfare and rights as a key priority.

Over the pond, we have women donning the red robes of Handmaid’s to protest the Ohio bill – set to ban a form of procedure used commonly in second trimester abortions. It is unconstitutional and will effect those most at risk, looking to seek out help. The thing is, if someone wants an abortion, they’re going to get one. The passing of Roe Vs Wade in 1973 you’d think that the risk of back alley abortions would be off table, yet faster than ever we’re seeing progessions in women’s rights and liberties being rolled back by decades. 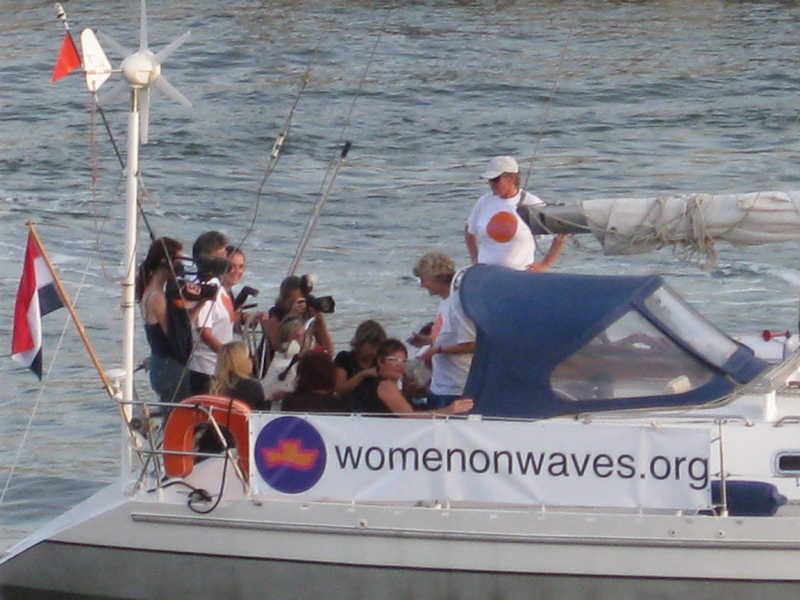 Vitamins Demystified: Do They Work and, if so, What Should You Be Taking

What can you do other than get angry? Thankfully, there are groups out there like Women on Waves who sail to countries where abortion is illegal. They provide safe, proffesional, legal abortions on their ships sailing in international waters off the coast, bringing Dutch law in to effect. Making every procedure performed on board completely legit. The ladies of Women on Waves have travelled to Portugal, Spain, Mexico, Morocco, and yes, Ireland. While some countries around the world do block access to their site, they have created means for women who need to get in touch to reach out and get accurate information.

Other than that? Write to your Mp. Write to your MSP. Protest. Do not let your voice go unnoticed. Donate to the multitude of charities helping women around the world; e.g. Planned Parenthood, Women on Waves. Educate. Discuss. And most of all don’t let this become the new normal. To quote Atwood; €œNothing changes instantaneously: in a gradually heating bathtub you’d be boiled to death before you knew it.€ Let’s not let ourselves boil alive.