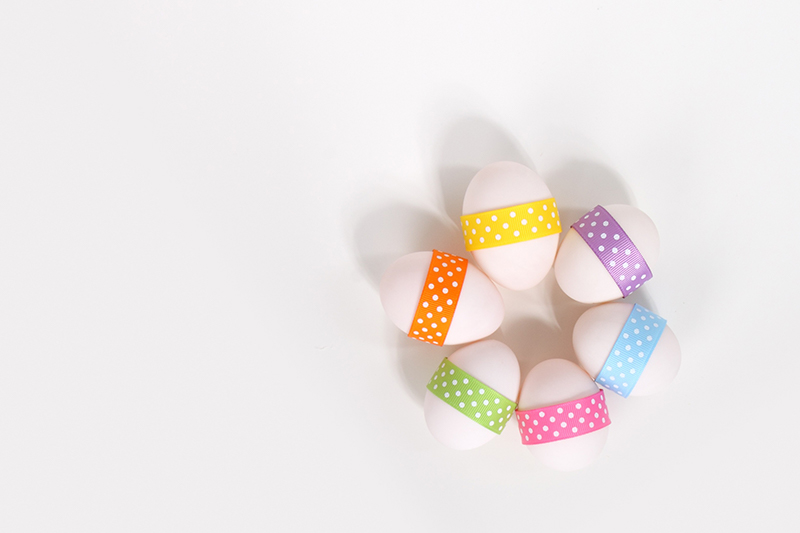 Pinterest is choc full of ‘easy’ Easter tutorials, but just how easy are they? We find out if you need a degree in fine art or just some pom poms & a glue gun. 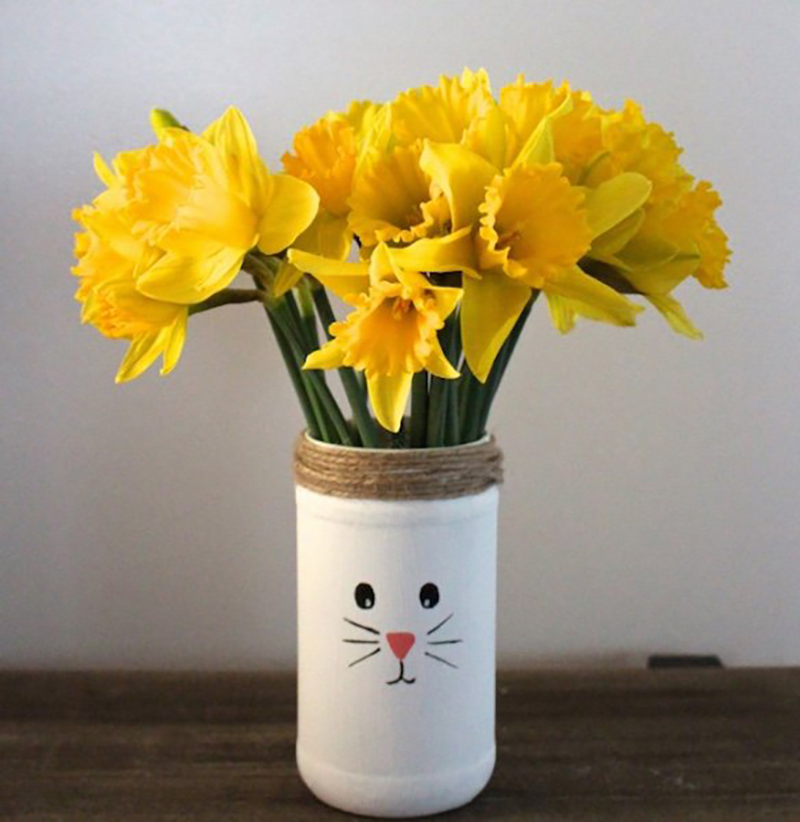 An Easter bunny-themed vase, created by painting an old glass jar sourced from your kitchen cupboard. I got the idea from Weekend Craft.

What did I need to make it? 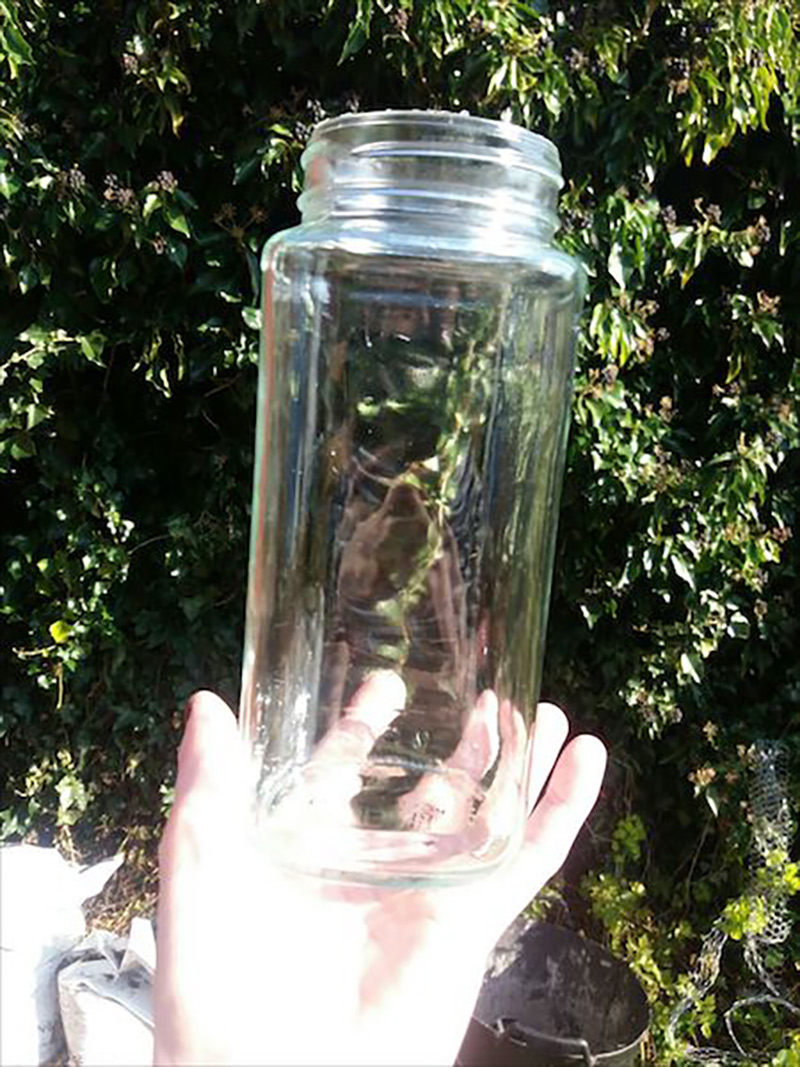 How did I make it? 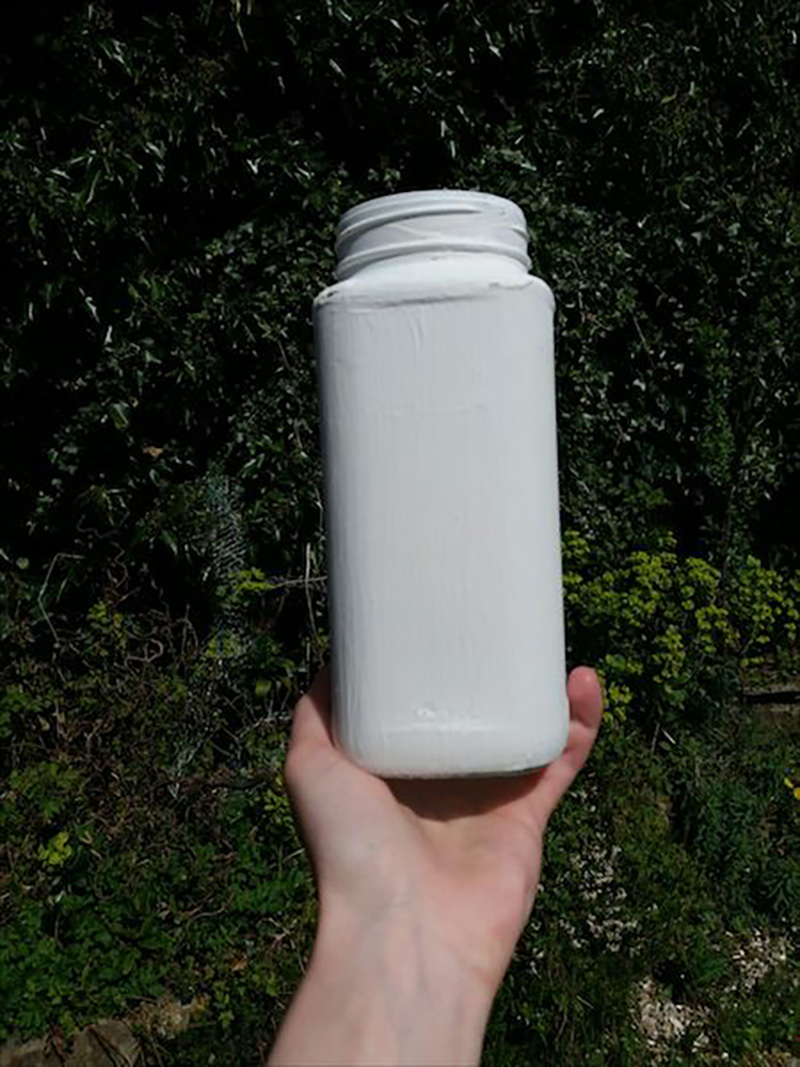 I started off by soaking my jar in hot, soapy water, which helped to loosen up all of the labels on the glass. I then dried out the glass and painted the outer in white. I used two coats of paint, but my painting skills managed to fail me despite this being a seemingly simple task.

After it had dried out, I wound jute around the head of the jar. Next, I needed to paint the rabbit face onto the front. Again, this was work, and I quickly realised that this Pinterest DIY was a classic Pinterest DIY, in that it appears deceptively simple; you go out and buy all of the things you’ll need (or tear your house apart trying to find them, if you’re cheap like me), get excited about your DIY project, and then realise that you can’t do it yourself, and you need to ask your other half to help you. Mine was at work at the time, so I had to face it alone and, to keep things brief, it all went wrong and I ended up having a wonky cat-like face on mine. 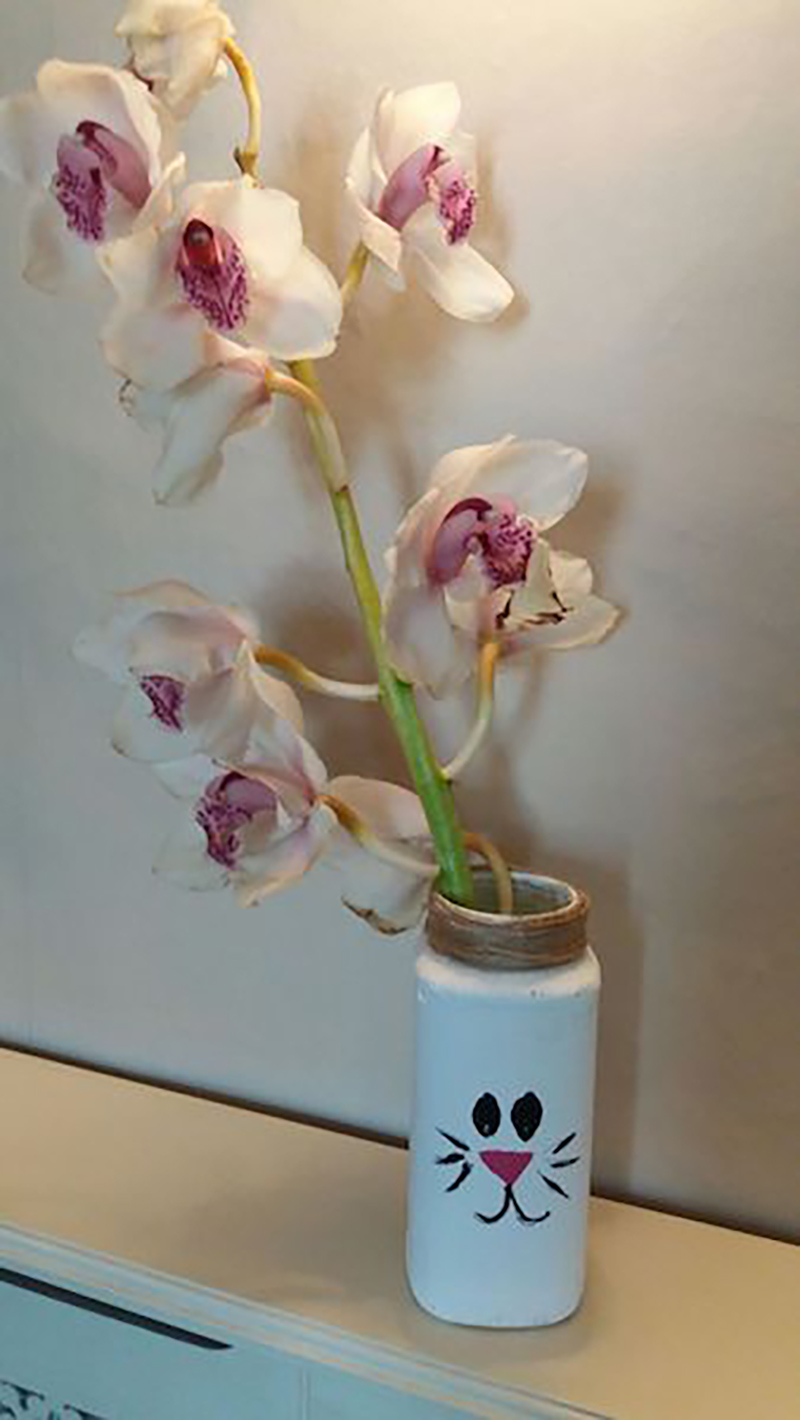 It worked, but it didn’t look as polished as Weekend Craft’s. On the plus side, it didn’t take long and I forgot how much of a joy painting is, even though I’m a terribly inconsistent, sloppy painter with zero artistic skill. If you are artistic and in need of a vase, but can’t afford to buy one, definitely get on this; you could easily adapt it away from the Easter theme.

Easiness (out of 10): 6 (would be easier if you have some artistic flair) 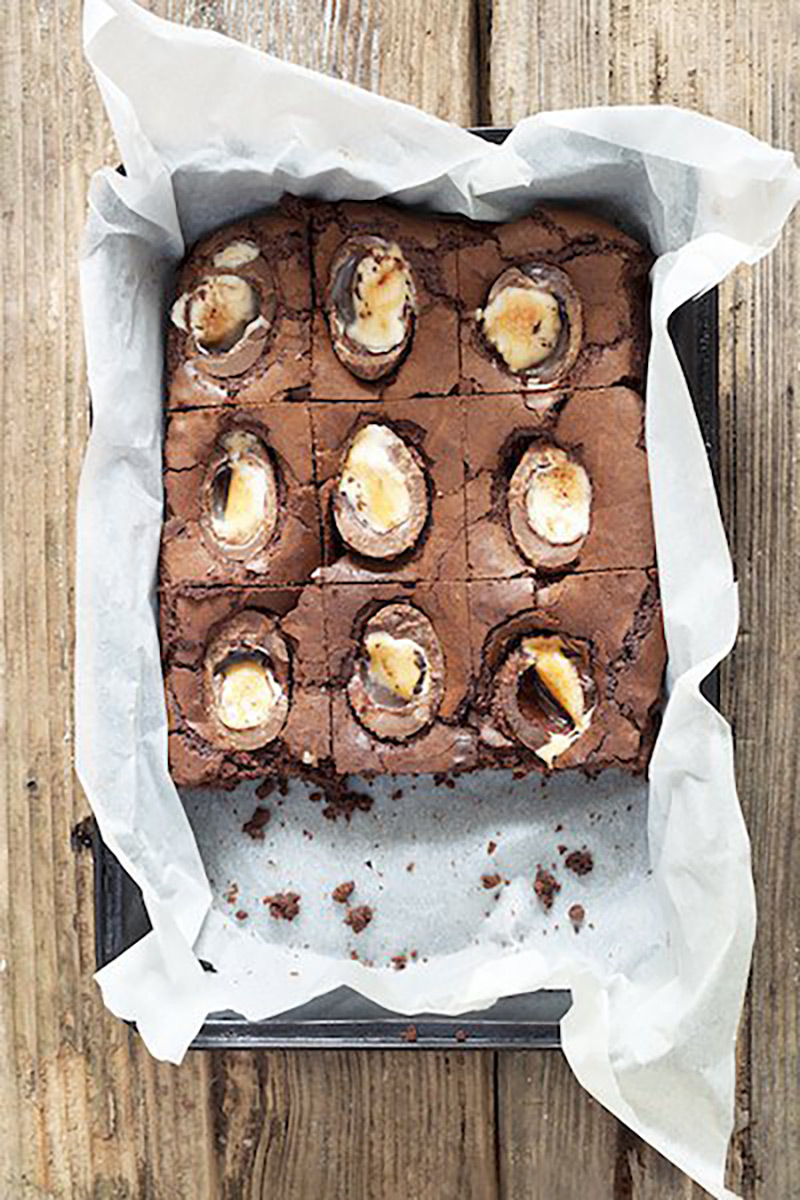 A recipe from Cook Bake Eat which detailed how to make twelve delicious Creme Egg brownies.

What did I need to make them? 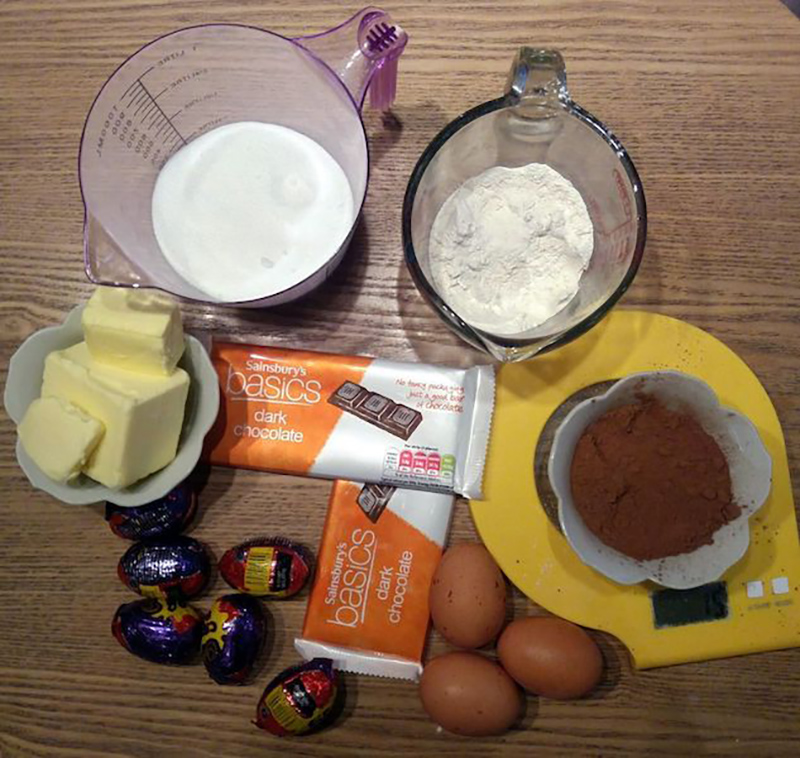 Equipment-wise, the only relatively ‘specialist’ thing you need is an electric whisk. You need to preheat your oven to 180 degrees, or gas mark 4.

How did I make them? 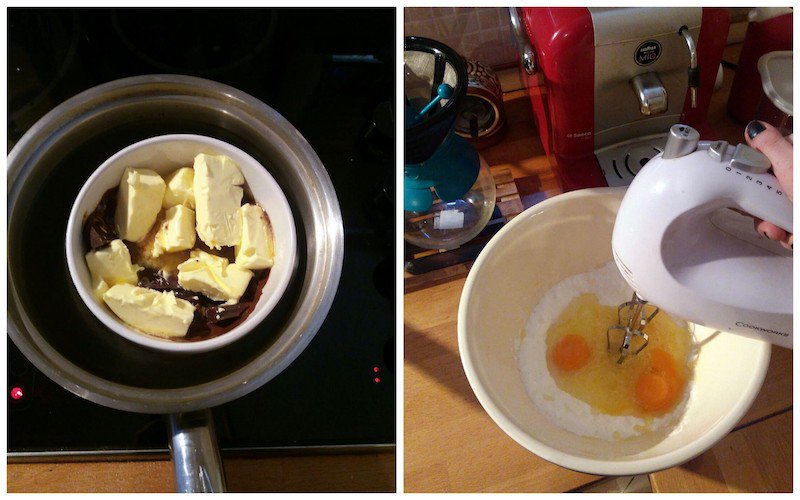 I melted the butter and chocolate together on the hob, over a pan of boiling water. Once this was done, I left the buttery chocolate goodness to cool down while I whisked the eggs and sugar together for about 5 minutes until the consistency of the mix was notably thicker and paler. Cook Bake Eat suggests that the mixture should ‘double in size’, but this didn’t happen to me. 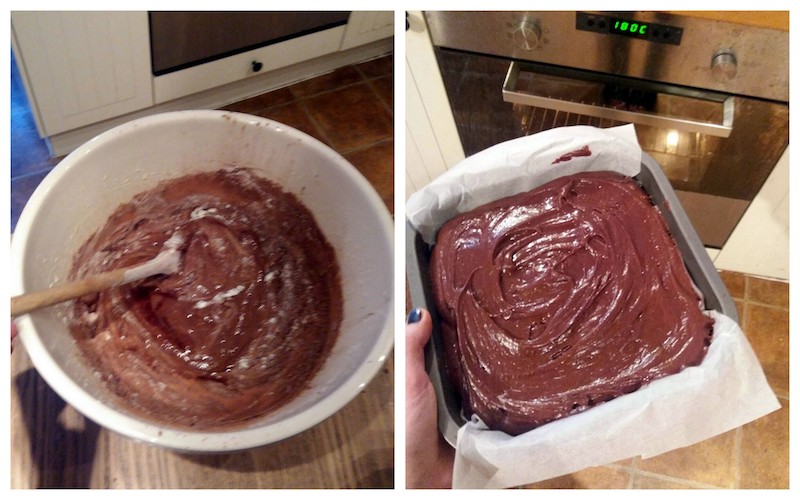 I then ‘folded’ everything together. I had to text my mum to ask her what folding was, to learn that, basically, you just need to turn a spoon over in the bowl (gently) so that the mixture folds in on itself. Who’d have thought it?! I then popped it into a lined baking tray and stuck it in the oven for 20 minutes. 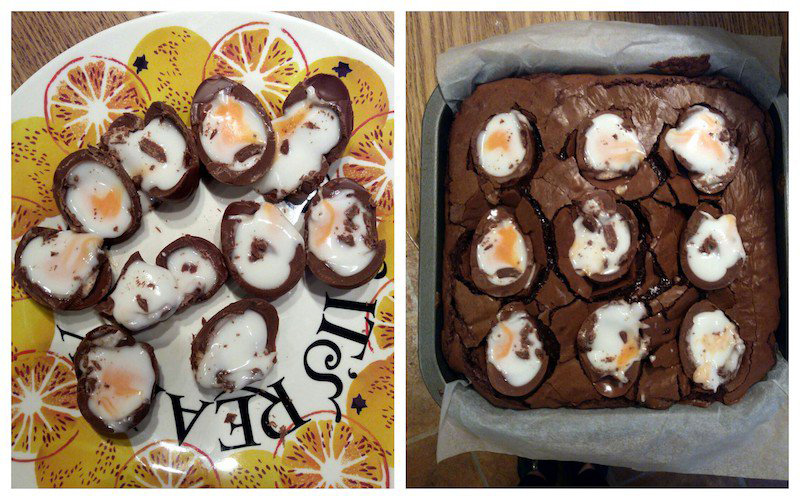 I then spent 20 minutes cutting Creme Eggs in half, which sounds like I am exaggerating, but I’m sadly not. Who knew cutting Creme Eggs in half would be such a headfuck? My tray was too small, too, so I ended up making 9, rather than 12, brownies, thus I only needed 4.5 eggs rather than 6… my dog and I ate the leftover 1.5 and, because I’d already eaten a lot of the chocolate-butter mix while it was melting, I felt so sick after this that I didn’t actually eat any of the brownie until the next day! Anyway, after 20 minutes had passed, I squished the Creme Egg halves into the top of the brownie and popped back in the oven for 10 more minutes.

The Best Morning Routines, According To Youtubers

Yes! They tasted like a dream. I have no complaints, besides the fact that slicing Creme Eggs into perfect halves is impossible. Cook Bake Eat suggested heating your knife under hot water before each cut, but that didn’t seem to help me (though it did stop the goo from sticking to the knife so stubbornly). The best method I found was to hack at any tiny cracks on the egg with my fingers, and then pull them open. I’d only recommend doing this if you don’t mind getting Creme Egg goo stuck under your fingernails. 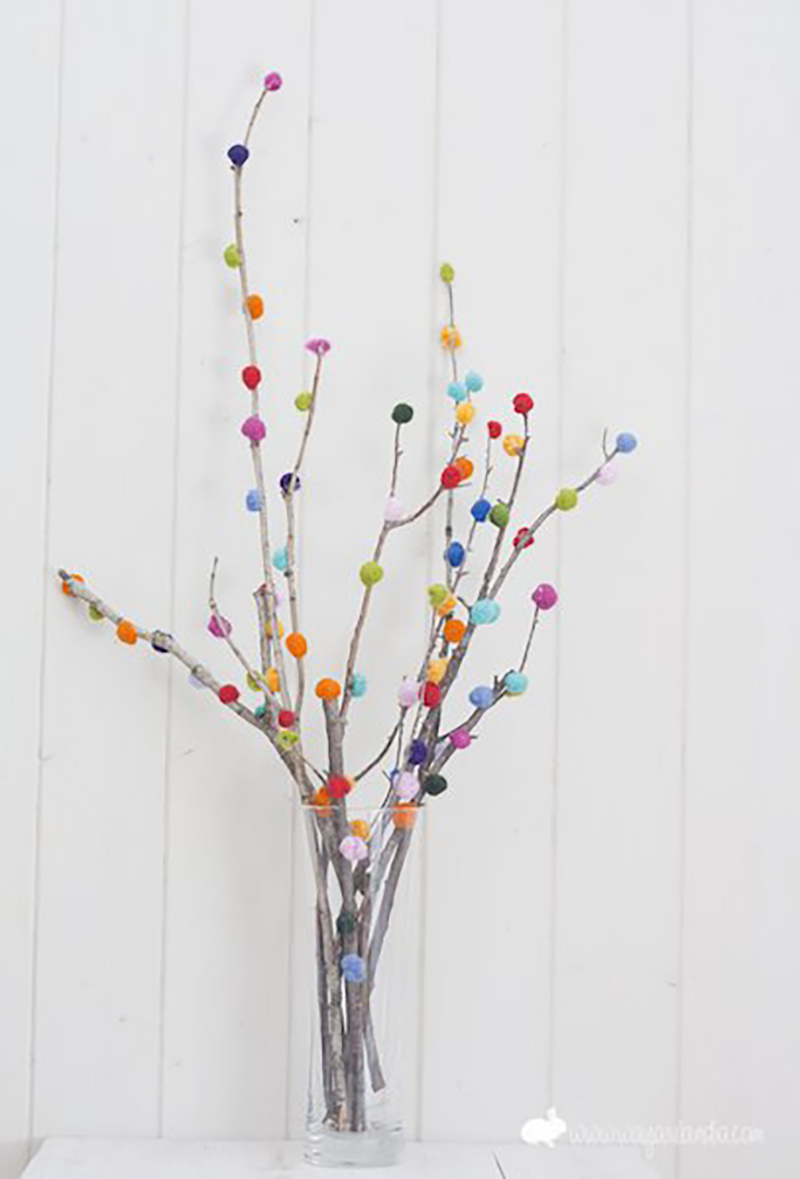 An ‘artsy’ take on the classic feather-filled Easter tree decoration, with pom poms instead of feathers. I got the idea from Wayaiulandia.

What did I need to make it?

How did I make it? 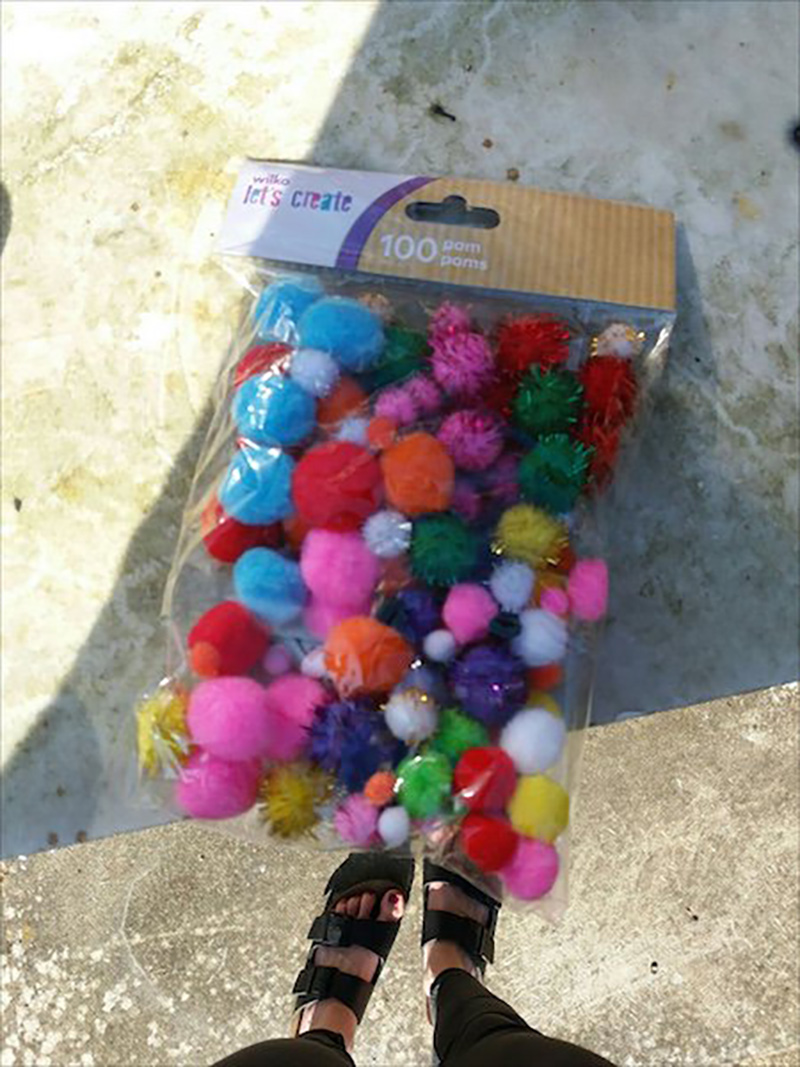 I come from a family which shuns proper Christmas trees in lieu of homemade wooden things with baubles hanging off them, so I thought that making a stick thing with pom poms on it would be a walk in the park – kinda like doing Christmas prep with my mum – but, sadly, I do not have as much ~creative~ flair in my blood as I’d like. This was harder than it looked, probably because I picked up awkwardly shaped sticks on my river walk the previous day, but mainly because my glue was useless and the pom poms just kept falling off. 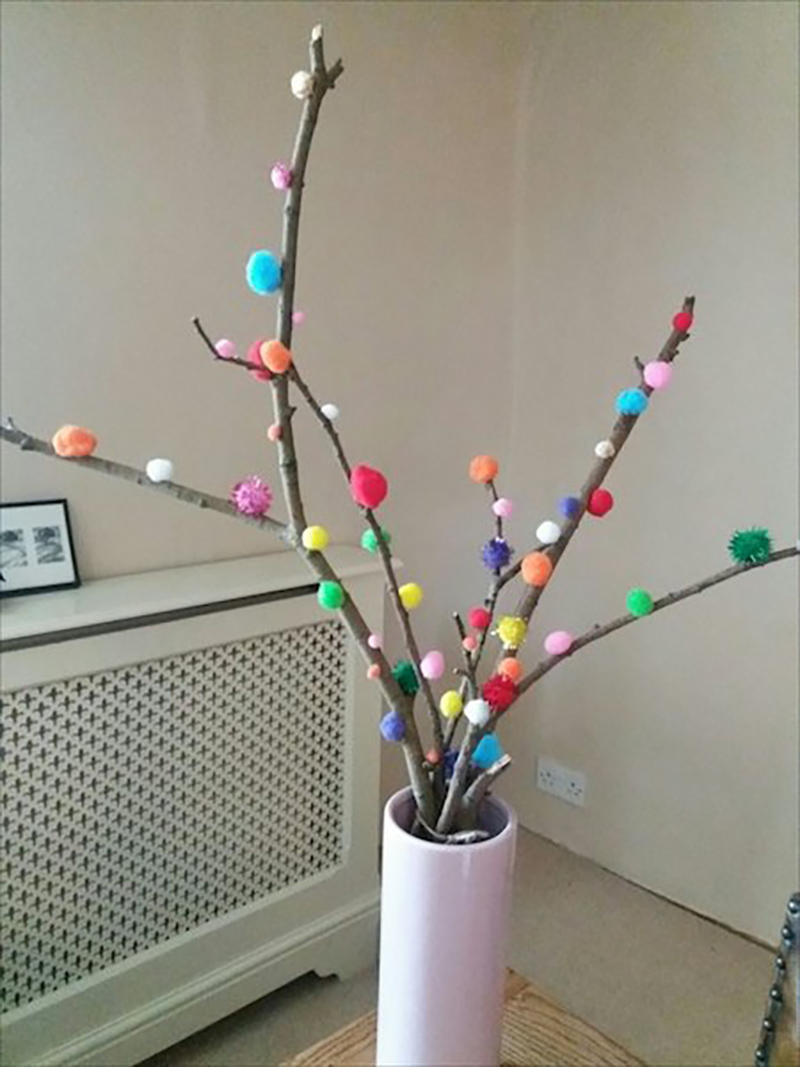 Yeah, but it took ages. I know that only a poor workman blames his tools, but I’m sure that the process would have been much more plain-sailing if I’d bought a glue gun – or just some glue that worked. Looking at the positives, though, I liked how this turned out; it was colourful and arguably could be used as a decoration beyond Easter. My mum thought it was lovely, too. But of course she did!