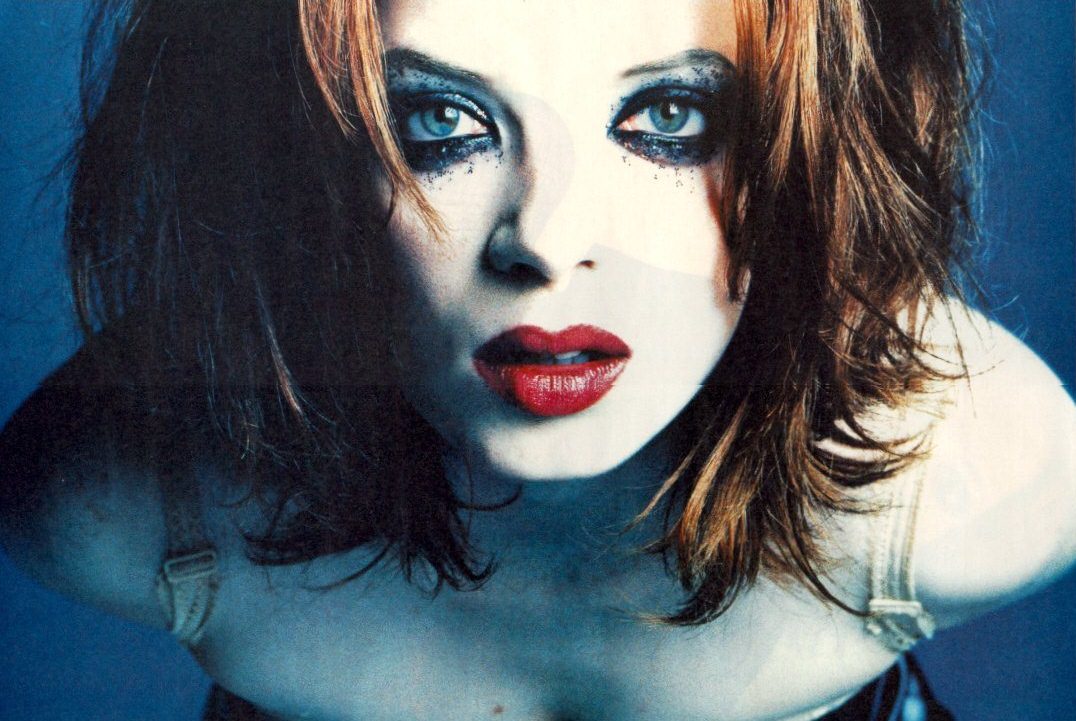 Last minute NYE ideas – what to do, watch and wear!

When deciding on the series of Alternative style icons there was someone I knew from the very start that I was going to include, firstly because she is amazing, and secondly I really feel she is so under-appreciated – particularly when concerning her contribution to the look of the nineties – and that is Shirley Manson of Garbage.

Sometimes there can be an overwhelming Americanisation to 90s style, bombarded as it is with images of grunge and Clueless, and while thats great, love it, there was something implicitly British about Manson. The very chic simplicity of her look was raw and effortless, and was dripping with that 90s cool. To celebrate the Garbage front-woman’s style, lets break down her look so anyone can become that perfect alternative nineties icon.

Okay so maybe a little strange to begin a style breakdown with attitude, but go with me here. This is a hugely important element, not just concerning Manson’s style, but just good style in general. The right attitude can be the difference from looking truly stylish to looking like you just copied someone you saw on Instagram. Manson had the right attitude in droves, the effortlessness in which she presented herself was intoxicating and generally made everything she wore just looking fucking cool.

It’s all about knowing who you are and what you are trying to express, I know its sounds super cliched but it is true: just be yourself. Authenticity is actually far more important than what designers you wear, as the authentic dressers like Manson can make a high street dresses look like the most desirable piece of clothing ever made. It’s my absolute pet hate when clothes wear then person instead of the other way around. Clothes, no matter how crazy, should never look like a costume and if they do, you’re doing it wrong and not being true to yourself.

So many of Manson’s most iconic looks can definitely be seen in Garbage’s music videos, and if you’re not familiar go back and watch them (plus Garbage has some amazing jams). In the video for I Think I’m Paranoid, Manson is sporting her perfectly messy long bob but the real winner in this video is the dress. The super simple black and white polka dot short tube dress is yet again effortlessly cool, one of the best things is the little added touches: the matching polka dot pants and the fabric choker made from the same material. Combine all this with the infamous black and white video and this really is a masterclass in nineties cool, all in monochrome.

In total contrast, Only Happy When It Rains is all about colour. Manson’s cute short dresses are combined with bold coloured eyeshadow, fishnet tights and a knee high boot. In my personal favourite Garbage song, Stupid Girl, the outfit isn’t anything too exciting, yet it perfectly sums up Manson’s style with a short dress, chunky boots and fishnets. Simple yet effective.

It’s kind of hard to discuss Shirley Manson without mentioning that fiery red hair. Perfectly tousled with that ‘I didn’t do my hair’ look, her hair is probably one of the most identifiable things about her. Even now its not that common to see red-headed celebrities and it really made Manson stand out. The most significant thing about the hair was definitely how it contrasted her milky white pale skin, making it even brighter and more identifiable.

In typical nineties style, her makeup was a bit more natural, her skin was generally pretty clean and fresh – that was of course apart from the occasional bold or gothic lip – but generally the makeup payoff came from the eyes. Manson wore lashings of black eyeliner. Again, the perfection in this alternative nineties look was always in the raw or unfinishedness of the look, the nineties version of ‘I woke up like this’, or more appropriately ‘I have much better things to do with my time than spend hours putting on make up’. That confidence and attitude was alluring, as were the decadent, smoky black eyes.

Like I have said over and over the Shirley Manson look was pretty simple, but they key part was the little mini dresses or skirts with the Chucky boot, and of course her signature fishnets. A little bit grunge, a little bit kinderwhore, with a whole lot of Britpop thrown in. While this maybe wasn’t the most revolutionary ensemble choice, mix it with her attitude, her hair and her makeup and you have a perfect storm of coolness. We still don’t have that many iconic, ballsy female celebrities to look up to, so maybe we should all appreciate Manson a bit more.