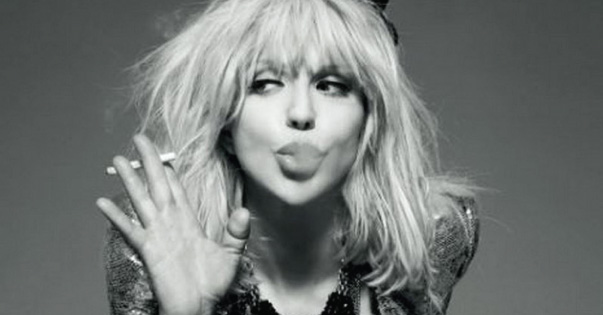 FOR ART’S SAKE: Eyewear for the Modern World

Love her or hate her, there is no denying Courtney Love has had a big impact on style and fashion, becoming the poster child for grunge and synonymous with the Kinderwhore movement. Her influence on fashion has inspired the likes of Marc Jacobs, Meadham Kirchhoff and Hedi Slimane and her look has to be one of the most iconic stylistic expressions of the 90s.

Her look is feminine and raw, girly and tough; she is the perfect dichotomy and her look matches perfectly with her unapologetic personality. Love always maintains a reverence for her own style while at the same time maintaining a sense of fun and playfulness, like wearing tiaras – at the same time about aesthetics and statements.

The frontwoman of Hole proved that beauty and style doesn’t have to be girly and neat, a woman can wear cute things like babydoll dresses and can still be edgy and raw. So, whether you are a fan or not there is no denying that Love, like her closely associated Riot Grrrl sisters, inspired a whole generation of women to be fearless and dress for themselves.

It’s a look synonymous with Courtney Love, although some do take issue with that as Kat Bjelland from Babes in Toyland is the true originator of the aesthetic. Unfortunately for Bjelland, Love, her flatmate at the time, gained all the fame and attention and soon the look would be forever connected to the Hole frontwoman. The unusual name Kinderwhore was coined by Melody Maker journalist Everett True, ‘Kinder’ meaning Child in German. The name hoped to express the contradictions in the style: the cute girly baby doll dresses, and big combat boots; pretty little vintage dresses in floral or with peter pan collars, paired with Dr Martens; Mary Jane platforms with ripped tights; slip dresses with makeup that looks like it’s being slept in – the cute with the rough.

This look was intended as more than just aesthetics: a statement on femininity, the entire look itself was a subversion of ‘girly’, and a comment of infantilism of woman, the Lolita archetype and woman’s sexuality. These pretty dresses with smeared makeup were the signature Courtney Love look, a kind of Victorian doll hooker and who doesn’t love that?

Okay so Love isn’t really the classic blonde bombshell, as her hair tends to be a little more unkempt. But the bleach blonde locks are really synonymous with Love’s look. Like the rest of her aesthetic her hair is messy and wild but always managed to look pretty – not that ‘pretty’ is really want she seems to be aiming for.

Also like the rest of Love’s look there was an element of sex appeal to her hair, that sort of just-out-of-bed realness. The bleach blonde again was a play on the sex appeal of woman, the iconic blonde bombshell is subverted to be a strong confident woman who isn’t defined by the gaze of men.

Definitely one of the overlooked aspects of Love’s style has to be her glamourous looks. Always with a vintage feel, these looks are sophisticated and glamourous enough, all while maintaining that signature edge. Like most of the individuals featured in Alternative Style Icons, so much of Love’s style is about confidence and authenticity – whatever Courtney Love wears looks like it’s completely made for her, the clothes never wear her.

The glamorous looks always maintain that signature Courtney Love edge but the looks are always a refreshing change to her usually more extremely raw look. Akin to glamorous movies stars gone by, Love’s glamour looks always favour classic vintage cuts and fabrics like silks and velvets, and to be honest she was one of the first people I remember wearing vintage clothes and popularising the thrift shop look.