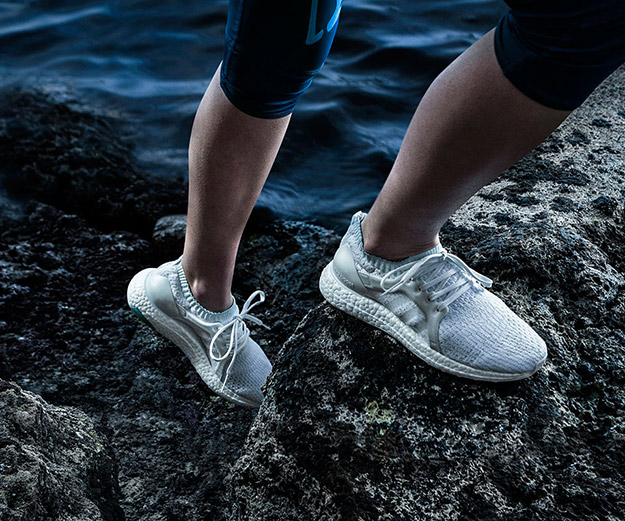 The Secret To Youth As Told By Vivienne Westwood

Adidas have launched a new trainer made from plastic waste found in the ocean.

The trainers have been released in three editions; Ultra Boost, Ultra Boost X and Ultra Boost Uncaged. Each pair of shoes will be made from 11 plastic bottles, that may not seem like a lot but Adidas aims to produce one million pairs of the shoes using plastic from the oceans this year. And whilst that may not make a sufficient dent straight away, the company are looking to incorporate recycled plastic into their entire manufacturing model.

IF THE OCEANS DIE, WE DIE. – Captain Paul Watson 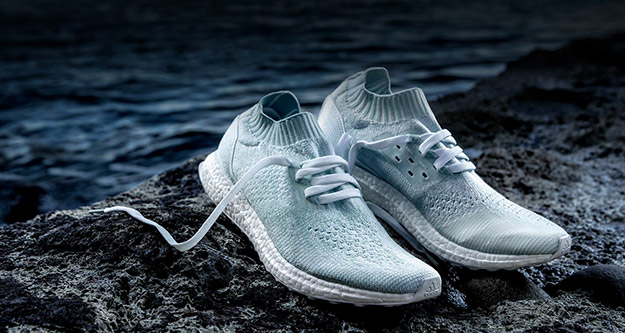 What’s Next For the Fashion Industry in 2018?

This is the ethos of Parley, the environmental initiative set to use creativity to combat the plastic pollution happening in the Oceans.

Millions of sharks end up on prestigious restaurant tables as shark fin soup. Whale sanctuaries get looted for exclusive dog food. More fish are eaten by house cats than by seals while hundreds of miles of drift nets vacuum clean the sea. Anything wrong with that? After all, there are plenty of fish in the sea and the supermarkets are stacked, right? Not for long, if we believe the scientists. 2048 seems to be the overall accepted deadline for the collapse of all commercial fisheries, already by 2025 all the coral reef ecosystems in the world will be gone. Leading environmentalists see the end of most sea life happening within the next 6–16 years.

It’s not all doom and gloom, there are plenty of companies working toward combating the pollution in our oceans, head to Parley to find out more.