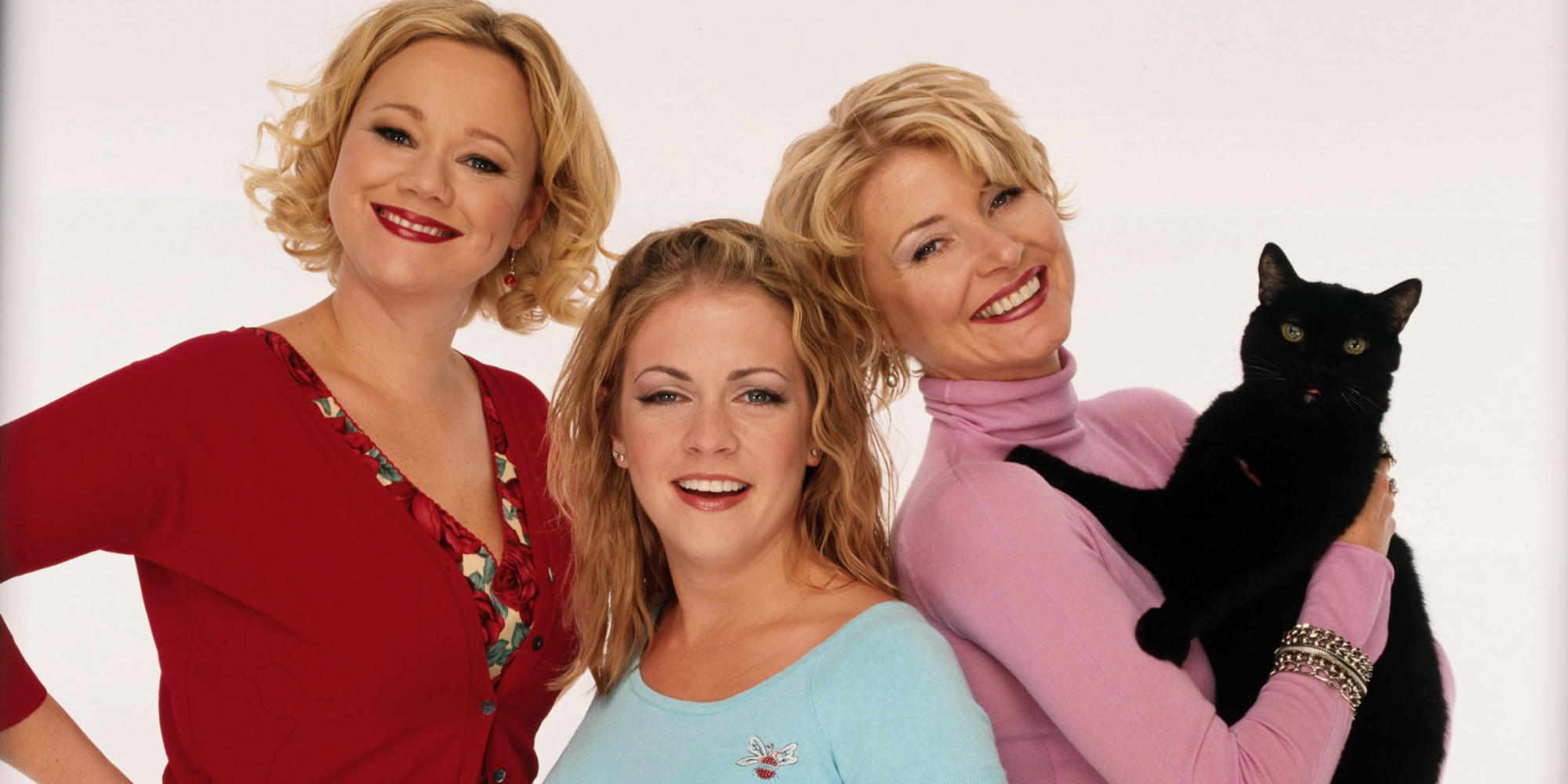 In my opinion, one of the best TV decades was the 90s. Okay, sure, we do seem to be in a bit of TV renaissance at the moment, producing one critically acclaimed TV show after another, and while that’s great, sometimes you want something a bit trashier and bit more comforting, and the 90s was great at that. So for those of you that missed them at the time or perhaps you are too young to remember them, here is a breakdown of some of the best 90s TV shows.

Look, here is the T with Sabrina: if you didn’t watch this while growing up wishing you were a witch with a talking cat, then what the hell were you doing with your life?

For those of you that don’t know, the series based on the comic book series of the same name follows the ups and downs of the seemingly normal American teen, Sabrina Spellman, and her discovery of her true identity as a witch, along with her talking cat Salem Saberhagen, and her two Aunts who she lives with.
Sabrina to me will always be the ultimate comforting show and honestly, at Christmas time you should really think of adding the Xmas episodes into to your festive viewing. Sabrina was perfectly portrayed by Melissa Joan Hart – the icon of the 90s TV shows – but seriously, forget Clarissa explains it all; the brother in it was so annoying you actually can’t watch it. Trust me, I have tried.

Sabrina is the far superior show, I mean Libby was probably one of the best kind of villains, the Aunts Hilda and Zelda were amazing, Harvey was… there, and Salem, the ex-warlock talking cat, is possibly the best thing in the show. Some notable episodes for first time viewers would have to be: The Band Episode, Third Aunt from the Sun, Witch Trash and The Pancake Episode, purely because it’s so weird.

The impact of Buffy the Vampire Slayer has been extreme, in fact there are even multiple academic courses, scholarly books and articles all on the topic of Buffy. Constantly making it on to list of the best TV shows ever, Buffy is probably one of the most important shows to come of this time period.

For those living under a rock, Buffy the Vampire Slayer tells the story of Buffy, the teen who is burdened with the heavy job of being a vampire slayer – oh yeah, you could probably guess from the title this is set in a dangerous universe where vampires and other supernatural monsters roam the earth.

This war is fought unbeknownst to most “normal” people, with Buffy getting assistance from her “watcher” Giles, the high school librarian, and her two best friends Willow Rosenberg and Xander Harris who stumble across this hidden world. There is so much to love about this show: the outfits, the relationship between the leads, Cordelia the kind of school bully (one of the best characters tbh), Angel and Spike. And of course, the creatures, that range from truly terrifying, (does anyone remember the Gentlemen?) to the completely ridiculous, like the giant praying mantis lady or the giant serpent demon that is worshipped by a fraternity.

Okay, so like most human beings I am a huge fan of the movie Clueless, but the unsung hero of the Clueless franchise was the short-lived TV series. So Cher is not played by Alicia Silverstone, and Britney Murphy does not play Tai, and things are generally a little different. But really appreciate the TV series for what it was; Clueless on Acid.

One of the main draws to this show had to be Amber, in my opinion the best Clueless character, and while she didn’t get a huge amount of air time in the film she is a major character in the TV show. Aesthetically things are a bit different the cute outfits are less tartan and more bright, in fact the show is generally much, much more colourful. Super bright and colourful wardrobes are really taken to new levels in the series and which is pretty indicative of generally everything in the TV series: it is really so terrible it’s amazing.

Some of the best episodes include the one where they make faux fur muffs, and the Halloween specials where Dion dresses up like Geri from the Spice Girls – iconic. So try to put aside your preconceived perceptions about Clueless, this doesn’t have the same feel as the movie; think of it as its trashier, faux fur sister.

Aside from having the most recognisable theme song of maybe any TV series ever, the Fresh Prince was actually a really revolutionary show. I mean, even now we struggle to have a fully POC cast of any TV show, let alone in the 90s.

The show of course stars Will Smith as a sort of fictional. hyper version of himself, sent from his home in West Philadelphia to live with his uncle in Bel Air. While much of the show centred on Will’s attempt to adjust to his new surroundings, ultimately the show was about family, and it is for that reason that the show’s universal appeal has endured.

From Carlton and his Tom Jones loving dance moves, to Geoffrey the Sassy butler, the show had many great characters, one of my personal favourites being Hilary. Hilary Bank is a perfect portrayal of the spoiled, bratty princess, which again has rarely been seen portrayed by a woman of colour, and at the same time her outfits were amazing.

The Truth About Sex Trafficking

The character of Daria came from another great 90s TV classic, Beavis and Butthead, but instead of just being a prop, called ‘Diarrhoea’ for some cheap boy-humour laughs, in her own show Daria was the cynical high school outsider who existed in a weird limbo between generation X and the millennials, and the show tackled topics like sexuality and race in a way other shows were afraid to do at the time.

Daria was one of the first truly representative ‘alternative’ TV characters, so cynical about the world around her. She lived in an exaggerated pop culture world with shows like ‘Sick Sad World’ always playing on the TV and her sister Quinn, the archetypal valley girl who wouldn’t have seemed out of place in Clueless the TV series with fake Cher and Dionne. People always used to say I was like Daria because I’m so cynical, but in reality I’m more like Jane, Daria’s equally cynical but more socially adept best friend.

The show was irreverent and dry, and actually was a real celebration of the oddball, adding to the long line of socially and culturally relevant TV shows of this decade. We tend to think as the years have passed we have become more progressive but with shows like Daria and Fresh Prince we really need to think about the revolutionary shows that were being screened on TV then, and realise that what haven’t really gained much ground from the massive steps these ground breakers took.

Starring pretty obviously real life twins Tia and Tamera Mowry, Sister Sister was the story of identical twin sisters who were separated at birth only to accidently stumble upon each other’s existence after 14 years.

Like most portrayals of twins, they are the complete opposite of each other; Tia being studious and responsible while Tamera was the more fun and boy obsessed wild child. And, just like things that only happen in TV shows, both adoptive parents end up living with the twins together in the same house, ‘cos you know, TV makes it seem not super weird. The show had a pretty solid supporting cast most notably Tia’s mum, Lisa Landry who really made the show, and the infamous neighbour Roger. Perhaps slightly biased as being a twin myself, it was definitely interesting to watch the relationship between twin sisters.

Interestingly there has recently been news that this popular TV show might be returning, and although I’m sceptical that it could create the same TV magic, it would be good to have the sisters back.