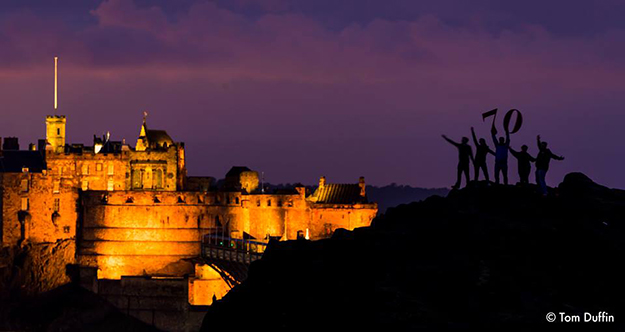 What I wore Wednesday – Katia

| Every summer Edinburgh is overflowing with arts and culture enthusiasts from all over the world. The legendary festival takes over the Scottish capital and inspires millions in the process.


To celebrate the 2017 Edinburgh Festival Fringe, the festival has brought together some well-known faces from the world of music, stage and screen, explain what the Fringe means to them!

The Edinburgh Festival Fringe is the single biggest celebration of arts and culture on the planet. Every August for three weeks the city of Edinburgh, Scotland’s capital, welcomes an explosion of creative energy from around the globe. With 50,266 performances of 3,269 shows in 294 venues in 2016 there are quite literally thousands of reasons to visit the Edinburgh Festival Fringe.

Every year thousands of performers take to hundreds of stages all over Edinburgh to present shows for every taste. From big names in the world of entertainment to unknown artists looking to build their careers, the festival caters for everyone and includes theatre, comedy, dance, physical theatre, circus, cabaret, children’s shows, musicals, opera, music, spoken word, exhibitions and events.

Read more The Best of Festival Fashion told by Instagram

The Best Christmas adverts of 2017

Be part of the world’s greatest platform for creative freedom in this landmark year, from 4th – 28th August thoughout the city! Find out more at www.edfringe.com