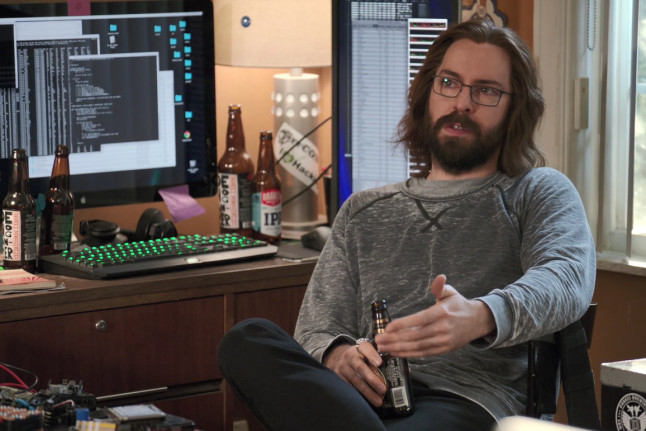 Bitcoin is the Napster of the Financial world, the experts say. What really is this cryptocurrency? How do you invest? Here’s advice from those in the know.

Dubbed the Napster of the Financial world, some believe it can solve the issue of world credit, some think it’s a safe place for swapping money, while others think they are protecting the economy if they invest. But recently, the majority of people who want to invest in Crypto have no idea what they are doing.

The Telegraph describes cryptocurrency as "a form of digital money that is designed to be secure and, in many cases, anonymous." Unlike money printed and regulated by the government, cryptocurrencies aren’t held to any central monitor “” though countries are now of course trying to regulate its trading. Working as the blanket term for all digital currencies from Bitcoin to Ethereum, Zcash to Dash, Ripple to Monero and other nonsensicle words, Cryptocurrency doesn’t involve banks or names and encrypts each transaction securely.

O.K Why invest though?

The fact that cryptocurrencies are designed to be unregulated, and their transactions anonymous, is a big part of their appeal. People who don’t trust banks LOVE this, but the unregulated nature of cryptocurrency does have its downsides, mostly, in how volatile the market is i.e. prepare to lose some money if you are not careful.

But does it work?

You’ve heard the stories from a friend of a friend who bought 3 Bitcoins back in the day and now can afford his own island, but what about those who started in this lifetime? We talked to Ari Pournaras of Big Pond Digital on his experience.

When did you make your first cryptocurrency investment?

I first got into it in June 2017, signed up to Coinbase (one of the more popular platforms) and invested in Ethereum, the 2nd largest crypto currency. I did consider buying Bitcoin back in 2015 but decided to invest in something else, if I had invested even a small amount back then it would now be worth a small fortune.

What made you take the risk?

I’ve always been an early adoptor with things, always on the lookout for the next big thing and the cryptocurrency space was fascinating. I loved the whole decentralised idea and cutting banks completely out of the process. I had been following the space since 2013 and actually registered some interesting domains that I still have, but I never actually bought into crypto until June 2017. I had some spare cash and instead of putting it in my savings accounts, I decided to buy crypto. I’m prepared that I could potentially lose all of it, but I’m fine with that.

Have you ever actually removed money successfully?

I have, in fact I did it for the first time the other day. They don’t make it easy for you if you are in the UK but I discovered a way of withdrawing money fast. You can easily withdraw money to your UK account if you have the coinbase and revolut apps. The step by step process is described in this thread, it takes a bit of time to set it up but once its up an running its very easy to withdraw money.

There’s so many spam and freudster sites nowadays. How do you know which ones are legit?

Yes, the crypto space exploded in 2017, so many new coins out there and loads of fraudsters ripping off people. I think if you are new to the crypto space and want to buy from a secure site, make sure you use a well known website. I.e something like Coinbase or Nutmeg and ensure you set up all the security measures (text confirmation, 2 factor authentication etc).

OK, I think I am following but what do you ACTUALLY do once you sign up?

Once you have your logins, a website like Coinbase can be used to buy bitcoin, Ethereum, Litecoin and bitcoin cash. If you are looking to buy another alternative coins you can only do so on an exchange. Basically, you would buy Bitcoin on something like Coinbase, then sign up to an exchange like Binance or Kraken. You can then send the bitcoin to the exchange and then swap it for the alt. coin that you want.

Make sure you do some research around the different exchanges before you sign up (avoid new ones) and always set up all the security authentications. If you receive emails to sign up to certain exchanges in order to buy bitcoin and other coins, its most likely a scam site. Stick to the main sites i.e Coinbase, Nutmeg, Gemini, Kraken, Binance and always check the reputation and reviews of other sites before signing up.

Your top tip for cryptocurrency?

I heard a lot of horror stories of people re-mortgaging their homes to invest in crypto when Bitcoin was peaking at 20k in December 2017. The price was driven up most likely by Wall Street manipulation, buying loads, driving the price up and shortening it. Unfortunately due to this a lot of normal people lost their life savings, so do not invest more that you can afford to lose.

I look at it as a long term investment, I buy at lows and hodl (HODL is a crypto slang term that means holding on to your coins and not selling). If you are new to the space, stick to the top safest coins i.e Bitcoin, Ethereum & Litecoin. Invest in a hardware wallet like a ledger Nano so you can transfer your coins to that and keep them safe, as even big sites sometimes get hacked.

I’ll say it before and I’ll say it again. If learning all this has made you interested in picking up some cryptocurrency, you need to remember to never invest more than you can afford. Getting started in cryptocurrency is pretty easy, but like all bets sometimes they can go the other way.

So far, we’ll have to wait and see if the cryptocurrency craze fizzles out or ends up being the norm. If it works, people like Ari who invested will be laughing all the way to the blockchain. So would you invest in Cryptocurrency?